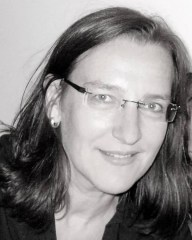 Susanne Schmid
Associate professor, University of Western Ontario
Sign up for Spectrum’s newsletters
Thanks for subscribing!
The Expert:

Disruptions in sensory processing are a core trait of autism, according to the criteria outlined in the Diagnostic and Statistical Manual of Mental Disorders. And so studies of the sensory system could provide unique insight into brain mechanisms underlying autism. They also may point to potential treatment targets and ways to test drugs or behavioral therapies.

Sensory disruptions may lead to sensory hypersensitivity, insensitivity or an unusual interest in sensory stimuli. More than 90 percent of people with autism have some form of sensory issues1.

Because sensory problems are nearly universal among children with autism, they may reflect differences that lie at the heart of the condition. Differences in signaling pathways and cell function that underlie autism should affect sensory processing. And after birth, sensory input is the sole input into the brain, so sensory-processing differences are likely to affect the development of many brain areas.

Sensory pathways are well described, trackable and relatively easy for scientists to access within the brain. They are highly conserved across animal species, so researchers can study them in animal models of autism.

Researchers routinely assess sensory processing in children by using parent questionnaires such as the Short Sensory Profile. The answers reveal behaviors indicative of sensory hyper- and hypo-sensitivity. For instance, a child may clap her hands over her ears to block out sound, become easily distracted by background noise or seek out sensations through repetitive movements, such as fluttering her fingers.

These answers do not reveal the biology behind these behaviors, however. For instance, sensory seeking, as reported by parents, could be an attempt to compensate for hyposensitivity. Alternatively, because many sensory receptors adapt to continued stimulation, a child could be trying to make her receptors become less responsive. And hyperreactivity to sounds may reflect hypersensitivity to sounds or brain mechanisms that compensate for diminished responses to sounds in part of the auditory pathway, as I explain below.

Because of this ambiguity, researchers should use objective measures to get at the neural underpinnings of sensory behaviors.

Blink of an eye:

Scientists can measure the brain’s response to sound using an electrode glued behind a person’s ear. The peaks in the electrical readout track with activity in parts of the auditory brain stem. In autistic children, the auditory brain stem tends to develop slowly, with unusually slow and muted waves in early childhood, compared with controls2.

At the same time, children with autism have been reported to be hyperreactive to sound, which can be measured as an unusually strong eye-blink startle in response to a sound3. Using an electrode glued under the eye, scientists can also assess people’s startle response to sound by measuring how fast and forcefully they blink in response to a sudden, brief sound.

People with autism blink more quickly and strongly in response to sound than typical people do. And they do not habituate to the sound: They startle to the same noise every single time, whereas neurotypical people stop responding when they get used to the stimulus4. This suggests that autistic people cannot filter sensory information properly, further exacerbating the heightened response to sound.

My colleagues and I study reactions to sound in rats with mutations in an autism gene called CNTNAP2. Like children with autism, these rats show delayed development of the auditory brain stem and slow, muted brain waves early in life. We also measured rats’ startle response to sound and found that they are hyperreactive to sounds5.

Our experiments show that, paradoxically, diminished processing of auditory information leads to increased behavioral responses to and perception of sound in the same animal. We hypothesize that the brain compensates for the brain stem’s weak response by amplifying the signal later in the sensory pathway, after the brain-stem neurons process the sound.

As the brain stem matures, this amplification leads to exaggerated perceptions and responses to sound. A similar process occurs with hearing loss in elderly people: The nervous system appears to compensate for the loss of hearing by boosting the signal, making elderly people hypersensitive to sound. This response then makes it difficult for them to discern sounds that are mixed with others — for instance, one person’s voice in room full of people talking.

Using our animal model, we can test our hypotheses about the brain mechanisms underlying perturbations in sensory processing. We can also use invasive procedures in animals to study signaling at neuronal junctions and molecular function along the auditory and startle pathway.

A better understanding of these pathways may point toward strategies for normalizing the response to sound or preventing the compensatory changes via early interventions. For instance, researchers might be able to target specific ion channels or signaling molecules with a drug, as they have in mice missing the autism candidate gene PTCHD1. Or clinicians might expose an infant to a variety of sounds as a way of training and speeding the maturation of the relevant neuronal pathways to avoid compensatory changes.

There may be parallels in other senses. If a similar amplification occurs for sight and touch, for instance, we might ease sensitivity to lights or physical contact with the same drug or early therapy.

Susanne Schmid is associate professor of neurobiology at the University of Western Ontario in Canada.