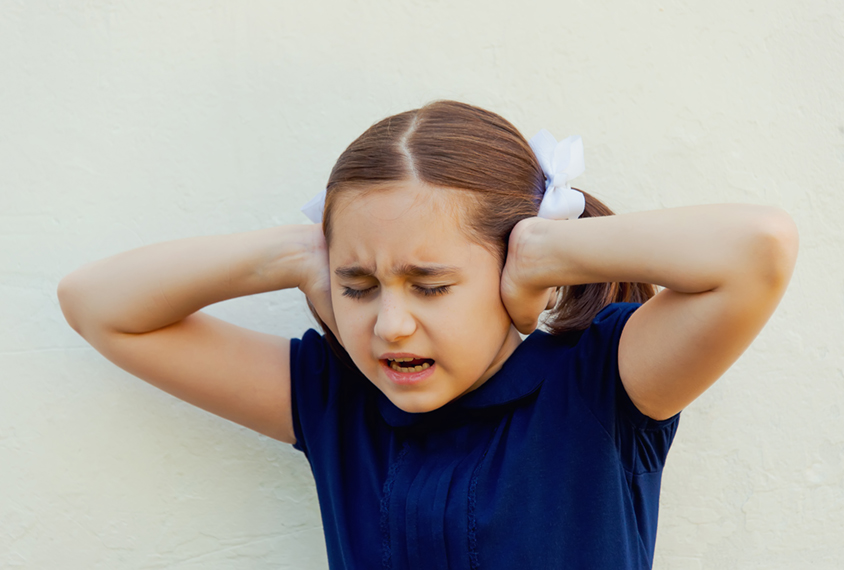 A mix of two drugs nixes noise hypersensitivity in an autism mouse model, according to new research1. The findings offer the promise of a similar treatment for autistic people.

People who are unusually sensitive to noise have trouble tuning out background sounds and can become easily overwhelmed. The trait is common among autistic people; up to 70 percent report some kind of sensory sensitivity.

“Coming into a party where a lot of people are talking, being able to focus on a single conversation when things around you are loud — that’s a little bit harder for people with autism,” says Michael Halassa, assistant professor of brain and cognitive science at the Massachusetts Institute of Technology, who led the study.

To explore the underpinnings of this trait, Halassa’s team turned to a mouse model missing the gene PTCHD1. This gene is mutated in 1 percent of autistic people. Most people with the mutation are male, and many also have intellectual disability.

Halassa’s team found that mice lacking PTCHD1 have an overactive region within the thalamus, a brain area that processes sensory input. As a result, the mice have difficulty filtering out background noise. A new two-drug treatment dampens the animals’ thalamic activity and increases communication in the prefrontal cortex, enabling the mice to filter sounds as well as controls do.

“This type of work is critical for people with autism because sensory abnormalities can be really difficult for people in their daily lives,” says Lauren Orefice, assistant professor in genetics at Harvard University, who was not involved in the study. But the work is preliminary, she notes: “There is, of course, a lot of work that needs to be done in terms of putting this into patients.”

In an otherwise silent environment, the mutant and control mice perform similarly, the team found. But in the presence of distracting background sounds, the mutant mice poke correctly less often than controls do.

The researchers gave the mice a drug called EBIO, which slows the rate of neurons firing. The drug decreases overactivity in the animals’ thalamus, boosting their ability to filter sensory input: After a single injection of EBIO, the mutant mice perform as well as controls.

To boost the animals’ performance further, the researchers changed the setup slightly to engage a second brain circuit: About a half second before they played any of the three tones, they also flashed a light. The visual cue engages the prefrontal cortex, the brain area in charge of planning. Activating that circuit helps the mice anticipate the background noise and recognize the tone.

“Remarkably, mice can do better if they are told before noisy trials that there are going to be noisy trials,” Halassa says.

Even with the visual cue, the mutant mice do not perform as well as the control mice do, and EBIO only modestly improves their scores. They score only slightly higher when given a different drug, a stimulant called modafinil that enhances cognitive skills such as planning, memory and attention.

But when given both drugs, EBIO and modafinil, the mutant animals perform as well as controls do. The study was published 6 November in Neuron.

“This is a big advance for the field,” says Audrey Brumback, assistant professor of neurology and pediatrics at the University of Texas at Austin, who was not involved in the research. “It breaks down this broadly defined symptom of noise hypersensitivity into its component parts.”

The combination cannot be used in people because EBIO can have harmful side effects, including on the cardiovascular system. A similar drug, called chlorzoxazone, could be used with modafinil in people, researchers say, although the side effects require further study. “Do the benefits outweigh the costs?” Orefice says. “In this type of case, it very well could be true.”