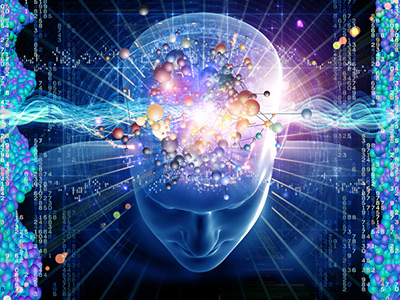 Intense effects: Although the intense world theory of autism is theoretical, the therapies it suggests are real and may be just as likely to do harm as good.

In the past few years, a new theory of autism —the ‘intense world theory,’ proposed by Henry and Kamila Markram1, 2 — has attracted much interest from the popular press. Two welcome features of the theory are that it promotes a more positive view of autism and that the Markrams base it on a biological understanding of the disorder.

It proposes that autism is the result of hyperfunctioning of neural circuitry, leading to both feats of talent and a state of over-arousal. Journalist Maia Szalavitz describes this theory at length in the new online magazine Matter.

Although we all yearn for an overarching theory of autism, and the idea is appealing, the theory has thus far received very little academic scrutiny. We know all too well the damage that can result when researchers prematurely release a hypothesis into the public domain — for instance, the unsubstantiated claims of a link between the measles, mumps and rubella vaccine and autism.

Our particular concern regarding the intense world theory centers on drastic suggested treatments forindividuals with autism, namely withdrawing stimulation during infancy. The Markrams do not merely hint at such interventions, but explicitly spell them out. Yet if the theory is incorrect, these treatments could be damaging. As studies of Romanian orphans have strikingly shown, insufficient stimulation and impoverished neuronal input in early development are damaging to children’s social, cognitive and emotional functioning3.

So we ask: Where has this intense world theory emerged from? Is it as positive as it purports to be, and what does it mean for autism?

The intense world theory is based on data from two experimental studies using the valproic acid (VPA) rat model of autism. Exposure to VPA, an epilepsy drug, during pregnancy results in reduced social interactions, increased repetitive behaviors and loss of cerebellar neurons in the rat pups.

The Markrams and their colleagues found that the amygdalae and medial prefrontal cortices of these rats are hyperreactive, hyperconnected and hyperplastic4, 5. Their brains show a change in the balance of excitatory and inhibitory nerve signals, and in the efficiency of communication between neurons, which may have significant behavioral effects.

“We know all too well the damage that can result when researchers prematurely release a hypothesis into the public domain.”

The Markrams extrapolated these findings to suggest the presence of increased activity in certain regions of the brains of humans with autism, leading to overactive perception, memory and attentional processes. These, they say, are hypercapabilities that all individuals with autism possess. These features manifest as extreme sensitivity to sensory stimuli, elevated fear and over-emotionality. The intense world theory suggests that to deal with this intensity, people with autism tend to shut down and withdraw from the world.

This idea of sensory overload in autism is not a new one, and indeed the American Psychiatric Association recently modified the diagnostic criteria for autism to include unusual sensory responses as a core feature. However, whereas the VPA rat model may demonstrate hypersensitivity, the human data are much less clear-cut.

In people with autism, sensory symptoms appear to vary wildly: from hypersensitivity (strong reactions to sounds, light and touch) to hyposensitivity (failure to orient to sounds, and low sensations of pain) and ‘sensory-seeking’ behaviors (a craving for intense sensory stimulation), as described in a 2005 review of almost 50 years of literature on sensory abnormalities in autism6 and a 2013 discussion of the issue7.

A unifying theory needs to account for all, not just some, observations. We urgently need an exploration of the behavioral features that accompany the neurobiological changes seen in the VPA rat model. Does the suggested hyperreactivity, hyperplasticity and hyperconnectivity lead to enhanced or reduced brain processing? There is currently no consensus on whether increased neural activity facilitates or hinders brain function8, 9.

For the autism community, one of the appeals of the theory is the way in which the Markrams criticize ‘deficit models’ of autism and promote autism as a set of enhanced abilities rather than as an impairment. When looking more closely at the intense world theory, however, the picture is not nearly as positive as the commentary suggests. The Markrams describe autism as a constant state of feeling “hungover and jetlagged” and say that it is characterized by extreme fear reactions.

Indeed, they frame all of the ‘capabilities’ as problematic symptoms that need to be tempered before an individual can function meaningfully and demonstrate enhanced abilities.By contrast, other models, such as the ‘enhanced perceptual functioning’ model, describe genuine skills and superior abilities seen in autism10, 11.

So how does the intense world theory affect autism treatment? In their publications, the researchers state that their claims “have to be substantiated in systematic and controlled experiments on human subjects” before others make any predictions regarding treatment2.

However, in contrast to this expressed caution, in the popular press the Markrams call for a dramatic change in the way that clinicians and researchers treat children with autism.

In one such interview they said, “In the early phase of the child’s life, repetition is a response to extreme fear. The autist perceives, feels and fears too much. Let them have their routines, no computers, television, no sharp colors, no surprises. It’s the opposite of what parents are told to do. We actually think if you could develop a filtered environment in the early phase of life you could end up with an incredible genius child without many of the sensory challenges.”

This is a worrying throwback to the days when researchersimplausibly linked parental inaction to autism severity. What’s more, this type of statement at once creates anxiety about having missed the window of opportunity, and unreasonably high expectations. We also note a concern raised by Ari Ne’eman, president of the Autistic Self Advocacy Network, that we should not link the worth of a child with autism to whether he or she has special abilities.

Until researchers have tested the theory appropriately, we urge caution. We need to verify this theory before it can shape our perception and treatment of autism. Once this is done, we may well find ourselves with an intensely interesting proposal. For now, we remain intensely worried.

Anna Remington is lecturer in cognitive science at the Centre for Research in Autism and Education at the Institute of Education in London. Uta Frith is emeritus professor of cognitive neuroscience at University College London.