Testing gene therapy for autism in mice? Consider your controls 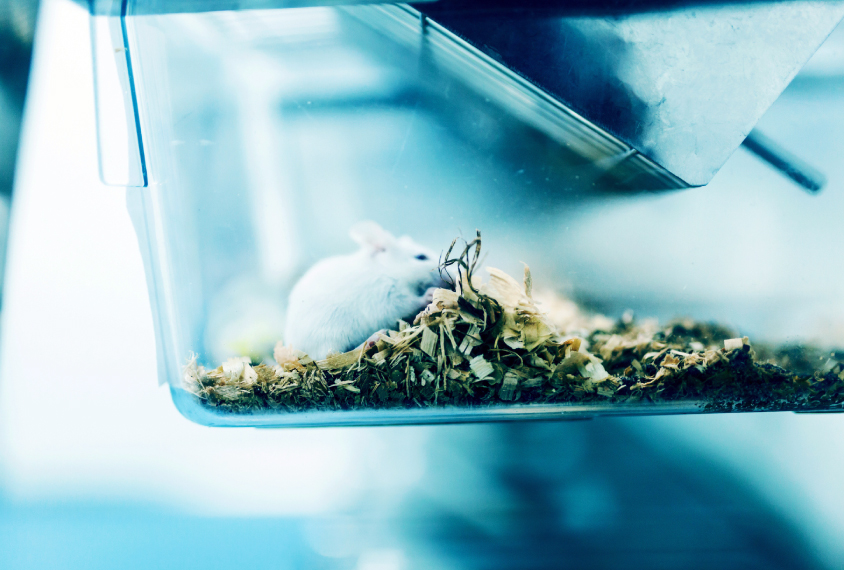 Tiny homes: Mice with a mutation in SHANK3 build smaller nests than controls do.

Deleting the mutation from an autism gene may reverse some autism traits in mice, according to a new study1.

But the results may be a fluke: The researchers saw some of the same improvements in controls.

Studies have shown that similar strategies can ease traits associated with mutations in the autism genes UBE3A, SYNGAP1 and MECP2.

The new study looked at mice carrying a mutation in SHANK3, a top autism risk gene. The results raise concerns about a 2016 study by a different team in which researchers also reversed some autism traits in mice after reinstating SHANK3. Those results may still be valid, but that study did not include certain crucial types of controls, so it’s unclear, Powell says. (Guoping Feng, lead investigator of the 2016 work, did not respond to multiple requests for comment.)

The new results generally emphasize the importance of carefully monitoring controls in studies like this one.

Researchers attempting similar experiments should take heed, says Gavin Rumbaugh, professor of neuroscience at the Scripps Research Institute in Jupiter, Florida, who was not involved in the study.

“It’s enormously time-consuming and expensive,” he says. “But you have to be careful with these controls, because if you’re not, you’re going to misinterpret your data.”

Powell and his colleagues made mice with a mutation in SHANK3 that mimics one found in a person with autism. The mutants respond differently to novel situations than controls do. They also have movement problems and show weak signaling in one brain region.

The researchers engineered the mice so that the mutated portion of DNA can be snipped out by an enzyme called Cre recombinase — but only when a drug called tamoxifen is present.

These carefully controlled experiments showed that although removing the mutation improves some of the traits in adult mice, mutants with Cre seem to improve even without getting this treatment. The findings suggest that the Cre enzyme itself alters neuronal activity and behavior.

The researchers found some support for this idea when they compared two sets of untreated mice without the mutation: Those that produced Cre had weaker neuronal communication than those that did not. The results appeared 27 September in eNeuro.

The study’s care with controls is exemplary, experts say.

“This is the way you should run an experiment,” says Ype Elgersma, professor of molecular neuroscience at Erasmus University in Rotterdam, the Netherlands. “[But] it’s such a massive amount of work that people like to skip some of those controls.”

Researchers are not prepared to dismiss the results of the 2016 study based on the new findings, however.

Powell says differences in the design of the two studies make it difficult to directly compare them. The 2016 study also showed that the earlier SHANK3 is restored, the more the mice improve.

“When they reversed it earlier in life, they saw reversal of more things, so in their hands, it wasn’t just a Cre effect,” Powell says. “There’s still some validity to [those] findings.”