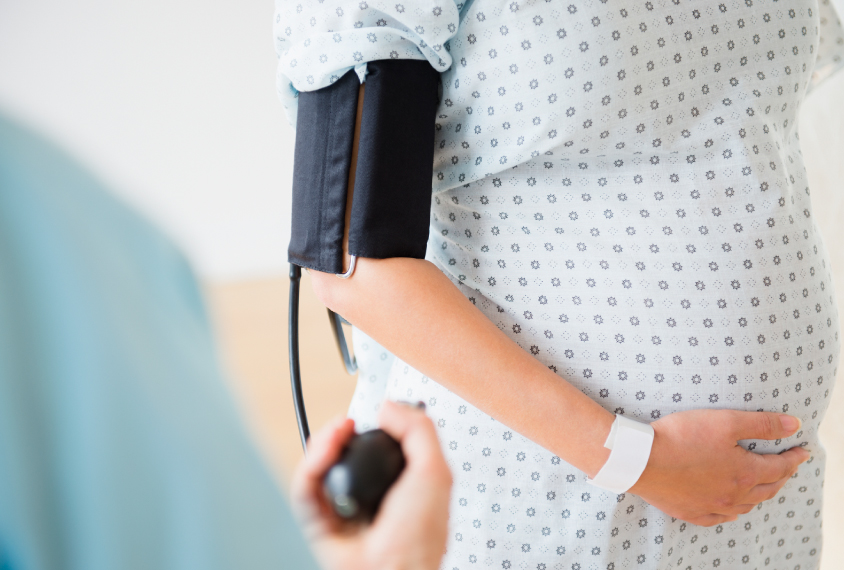 Cuff links: No one knows why high blood pressure during pregnancy is associated with elevated autism risk.

Children born to women who had diabetes or high blood pressure while pregnant are at an increased risk of autism, two new studies suggest1,2.

Autism has previously been linked to type 2 diabetes and to gestational diabetes — a temporary condition in which a woman develops diabetes during the course of her pregnancy.

One of the new studies confirms these risks and extends the link to type 1, or juvenile, diabetes, the most severe form of the condition. Children born to women with this form have about twice the risk of autism as those born to women who do not have any form of diabetes. The findings appeared 3 July in JAMA.

They suggest that children born to women with diabetes should be monitored closely for autism, says lead investigator Anny Xiang, director of biostatistics research at Kaiser Permanente Southern California in Pasadena.

In the other study, published in June in JAMA Psychiatry, researchers reviewed 61 reports on the link between developmental conditions and types of high blood pressure, including preeclampsia, a pregnancy complication involving high blood pressure.

Overall, the new work suggests that children whose mothers had preeclampsia have a 50 percent higher risk of autism than controls do. Previous studies have not consistently linked autism to preeclampsia, but the new findings solidify the connection.

“There seems to be some pretty solid evidence that hypertensive disorders in pregnancy are associated with autism,” says Diana Schendel, professor of public health and epidemiology at Aarhus University in Denmark, who was not involved in either study.

Still, the increase in risk from either maternal condition is small. For example, the blood pressure study suggests that only about 1.5 percent of children born to women with preeclampsia have autism, compared with about 1 percent of children in the general population.

And neither study provides insights into the mechanisms underlying the links. It is possible that genetics underlies the associations, Schendel says.

Xiang and her colleagues analyzed the medical records of 419,425 children born in Kaiser Permanente hospitals in southern California from 1995 to 2012. Of those, 621 children were born to women with type 1 diabetes.

Among the 5,827 children later diagnosed with autism, 19 have mothers with type 1 diabetes. The researchers estimate that children born to women with type 1 diabetes have more than double the average risk of autism. Type 2 diabetes boosts the risk by about 45 percent, and gestational diabetes before the 27th week of pregnancy by 30 percent. (Gestational diabetes later in pregnancy has no effect on autism risk.)

The finding that type 1 diabetes carries a greater risk of autism than other forms suggests that the severity of the condition may influence risk, Xiang says.

The three forms of diabetes have distinct causes, but all of them result in high blood sugar. Xiang says she would like to explore whether blood sugar levels independently track with autism risk.

In the other study, researchers analyzed 61 studies linking maternal high blood pressure to autism, attention deficit hyperactivity disorder (ADHD) and other developmental conditions; 20 focused on autism and 10 on ADHD.

They pooled the results from the 11 most rigorous autism studies and found that women with any form of high blood pressure during pregnancy have 35 percent increased odds of having a child with autism. Of the six studies focused on preeclampsia, all but one show an increase in autism risk.

High blood pressure during pregnancy also increases the risk of ADHD by 29 percent.

“I was excited to see the meta-analysis and see that they have autism and ADHD in here together,” says Renee Gardner, assistant professor of public health sciences at the Karolinska Institutet in Stockholm, Sweden, who was not involved in either study. The two conditions often occur together and share some risk factors.

Most studies did not control for maternal obesity — which commonly accompanies high blood pressure and diabetes — Gardner says. Maternal obesity is linked to autism, but may simply be a marker of genetic risk.

What’s more, many of the blood pressure studies used in the analysis fail to account for key confounds, such as family history of psychiatric conditions, says lead investigator Ali Khashan, senior lecturer in epidemiology and public health at the University College Cork in Ireland. Khashan and his colleagues are analyzing data on high blood pressure during pregnancy from a large group of women; they plan to control for a family history of psychiatric diagnoses, among other variables.