Obesity during pregnancy may not boost child’s autism risk 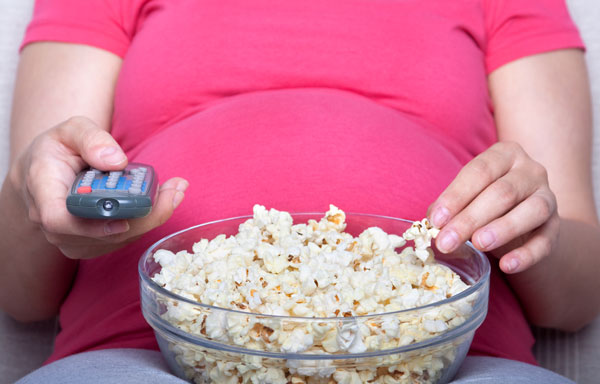 3dvin/Shutterstock.com Weighty warning: Obesity during pregnancy may be a marker for a genetic contributor to autism.

Women who are overweight during pregnancy have an increased risk of having a child with autism. But genetics, not the obesity per se, may underlie the association, according to a study published 4 June in the International Journal of Epidemiology1.

The study is the largest to date to point to maternal weight as a factor in autism2,3.

It found that being overweight during pregnancy does not track with autism when researchers analyze pregnancies in only women who have both affected and unaffected children. The researchers defined ‘overweight’ as having a body mass index (BMI) between 25 and 30.

“When we looked at our data we were actually very, very surprised to see that the association with the maternal BMI had completely gone away,” says lead researcher Renee Gardner, assistant professor of public health sciences at the Karolinska Institute in Sweden. “It was a surprise that really forced a change of perspective.”

More likely, she says, maternal weight is a marker for a genetic contributor to autism.

In fact, the researchers found that the greater a woman’s BMI during pregnancy, the greater the increased risk of autism in the child. The link persisted no matter the woman’s age, socioeconomic status or history of psychiatric illness.

Gaining too much weight during pregnancy also appears to raise the chances of having a child with autism by 23 percent. Putting on too few pounds — suggesting insufficient nutrition — ups the odds by 22 percent.

But when Gardner and her colleagues compared children with autism and their unaffected siblings, the link between the mother’s pregnancy weight and autism disappeared. Among these women, the risk was the same regardless of weight.

These findings implicate family factors that influence both maternal BMI and autism risk, but do not necessarily lead to autism in every child. For instance, genetic variations in certain neurodevelopmental pathways associated with autism have also been shown to influence BMI4.

Bolstering a genetic explanation, the researchers also found that men who were either underweight or obese at age 18 years have an elevated risk of having a child with autism about 15 years later. The fact that a man’s baseline weight correlates with an autism diagnosis in a child indicates that genetic or epigenetic factors are in play.

The findings call for studies exploring genetic pathways that may be involved in both obesity and autism, Gardner says.

Because autism is likely to stem from complex interactions between genes and the environment, researchers should challenge any simple associations they might observe, Gardner says. “We want to make sure we aren’t barking up the wrong tree.”