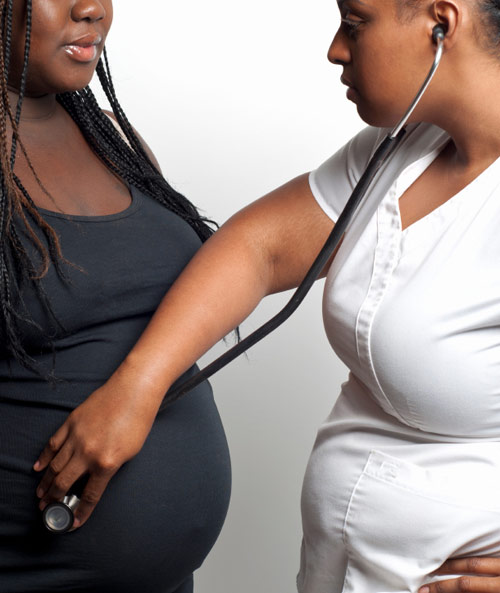 The Twitter-verse has been abuzz this week with the news that maternal obesity may increase children’s risk of autism.

The study follows close on the heels of a Centers for Disease Control and Prevention (CDC) report suggesting a troubling rise in the overall rates of autism. Combine that with the country’s obesity epidemic, and you have an attention-grabbing headline.

But just how concerning are the findings? The increase in autism risk for children whose mothers are obese is relatively small. Researchers found that obese mothers had a 1.6-fold greater risk of having a child with autism than did mothers without a metabolic condition such as obesity, diabetes or hypertension. Women with type 2 diabetes, who were actually the focus of the study, had 2.6 times the risk of having a child with developmental delay compared with controls, but the risk associated with autism specifically was not statistically significant.

The data came from 1,004 mother-child pairs enrolled in the Autism Risks from Genetics and the Environment (CHARGE) study, and included 517 children with autism, 172 with other developmental disorders and 315 typically developing children.

A piece in The Atlantic helps put the figure in context.

The increase in risk is “non-trivial,” Dr. William Eaton, professor of mental health at Johns Hopkins University in Baltimore, told The Atlantic, but he also points out that babies born feet first, or breech, have a similar increase in risk.

In comparison, certain genetic mutations increase the risk of autism 10- to 20-fold. A low birth weight — less than 4.4 pounds — raises risk five-fold. The difference, of course, is that obesity is a risk factor that can ostensibly be changed with lifestyle modification. But if the reason for the link lies within genes that are tied to both obesity and autism, mothers have little control.

The new study isn’t the first to link maternal obesity with autism risk, either.

A study published in 2010, which looked at nearly 130,000 children in Canada, 924 of whom were later diagnosed with autism, found that obesity prior to pregnancy or a greater-than-40-pound weight gain during pregnancy increased risk of autism.

Both the new study and the 2010 one show correlations between obesity and risk of the disorder, meaning it’s impossible to conclude whether maternal obesity actually causes increased risk. Because both obesity and autism rates are rising overall, the link might simply reflect two coinciding trends.

Interestingly, there is some evidence that obesity is more common in children with autism, but the reasons for this are not well understood. One study, from the National Survey of Children’s Health, suggests that children aged 10 to 17 with autism have a higher rate of obesity than their typically developing counterparts, about 23 percent and 12 percent, respectively.

Another study found that three percent of people who have a specific deletion on chromosome 16, called 16p11.2, are both obese and have some form of developmental delay, such as autism.

Narrowing in on the reasons for the link between maternal obesity and autism will be a challenge — obesity is complex and associated with medical conditions beyond metabolic problems, such as mood disorders. But given the prevalence of obesity — 34 percent of women of child-bearing age in the U.S. are obese — and the fact that it’s a possible risk factor that may be modified, it’s an important issue to sort out.