Gut microbes from autistic children may alter behavior in mice 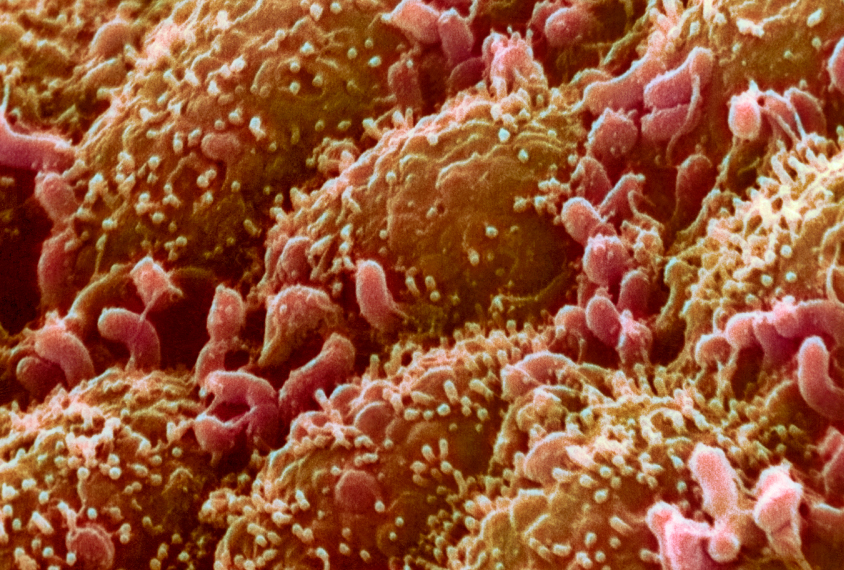 Since this article’s publication, independent experts have found a possible statistical error in the study.

Mice colonized with gut microbes from some autistic boys show behaviors like those of the boys, researchers reported today in Cell1. The findings provide the first evidence that intestinal microbes might contribute to autism traits.

The provocative results are based on stool samples from just 11 boys with autism and 5 controls. But if confirmed, they may lead to a better understanding of the gut-brain connection in autism.

“This begins to open up the possibility that changes in the microbiome may contribute to symptoms,” says lead investigator Sarkis Mazmanian, professor of microbiology at the California Institute of Technology in Pasadena. “And if any of that’s true, then that opens up the potential for interventions.”

About 40 percent of children with autism have digestive issues, such as diarrhea and constipation. Many people with autism may also have an altered gut microbiome — the mix of microbes in their intestines. A 2017 pilot study showed that fecal transplants from neurotypical people ease gut problems and social difficulties in some autistic children, hinting that microbes might help treat the condition.

The new findings jibe with those from studies showing that germ-free mice given fecal transplants from people with depression, Parkinson’s disease or schizophrenia take on behavioral features of their donors.

In the new study, researchers isolated microbes from the stool of five controls, three boys with mild autism and eight with more severe traits. They transplanted each set of microbes into separate male and female ‘germ-free’ mice, which lack a microbiome, when the mice were about 4 weeks old.

After three weeks, the researchers bred pairs of mice that had transplants from the same child. They designed the study in this way so that they could analyze the effects of the microbial transplants on both brain development and behavior. (Mouse pups typically inherit their gut microbes from the mother.)

The brains of pups with microbes from autistic donors also show an unusual increase in genes involved in ‘alternative splicing’ — the process by which a cell generates different proteins from the same gene. They also show alternative splicing of 560 genes, including 11 with strong ties to autism. Other studies have also reported changes in splicing in the brains of autistic people.

“Overall I’m impressed by the quality of the study,” says Evan Elliott, assistant professor of molecular and behavioral neuroscience at Bar-Ilan University in Israel, who was not involved in the work. But the behavior differences between the groups of mice are subtle, he says. The behaviors also vary significantly, and in some mice resemble those of controls.

These mice also have unusual levels of 27 small molecules in their guts.

Two of these molecules are taurine and 5-aminovaleric acid, both of which activate receptors for the chemical messenger gamma-aminobutyric acid (GABA). Low levels of GABA are implicated in autism.

The researchers gave each chemical to pregnant BTBR mice, a strain that naturally shows autism-like behaviors, in their drinking water. They also gave the pups either of the compounds.

“I’m excited about this,” says Mauro Costa-Mattioli, professor and Cullen Foundation Endowed Chair of neuroscience at Baylor College of Medicine in Houston, Texas. “They’re identifying microbial compounds that people were not even considering, to use to potentially change brain function.”

Mazmanian’s team is exploring which receptors mediate the effects of the two molecules in the brain. They are also testing other small molecules and microbes as treatments in mice.