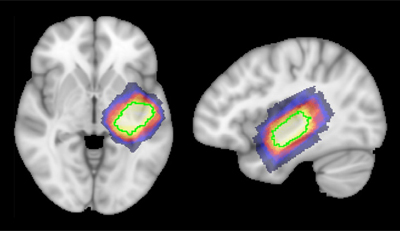 Using a little-known brain-imaging technique, a new study shows that children with autism have low levels of gamma-aminobutyric acid (GABA), a chemical that keeps brain signals in check.

The report, published 24 May in NeuroImage, is the third imaging study in two years to find that children with the disorder have less GABA than controls do.

Other studies, using mutant mice, genetic screens or postmortem brain tissue, have also linked autism and GABA. The imaging studies are the only ones to confirm low GABA levels in the brains of living people with autism.

In the new study, William Gaetz‘s group showed that children with autism have less GABA in brain regions related to sound processing and motor control1. This may partly explain why many people with autism are hypersensitive to loud noises or have motor impairments.

Motor ability and sensory responses depend on the coordinated activity of thousands of neurons — and of neurotransmitters or chemical messengers such as GABA — so it’s important to study these chemicals, says Gaetz, assistant professor of radiology at the Children’s Hospital of Philadelphia.

MRS has been around for decades, but researchers only learned to use it to track GABA a few years ago, notes Donald Rojas, associate professor of psychiatry at the University of Colorado in Denver. In January, his team published an MRS study in NeuroImage showing that children with autism and their unaffected siblings have less GABA in the auditory cortex, where sound is processed, than controls do2.

But it’s unclear what these results mean, Rojas adds.

“MRS is, ultimately, a somewhat crude technique that cannot tell us the mechanism by which GABA is reduced,” Rojas says. For example, it may be that people with autism have fewer GABA-producing cells, or that they lack an enzyme needed to make GABA. “At this point we do not know the answer.”

Like its more famous counterparts, MRS relies on a magnetic resonance imaging scanner. The strong magnetic field and radio-wave pulses the machine produces cause the hydrogen atoms in different chemicals, including GABA, to absorb energy at varying frequencies. By charting these frequencies, MRS can estimate the chemical makeup of a particular brain region.

Gaetz and his colleague Timothy Roberts had previously used MEG, which uses magnetic fields to detect split-second changes in brain activity, to look for biomarkers of autism.

Their studies found that children with autism have delayed brain responses to sounds, as well as abnormal brain waves, or oscillations, in the cortex. “Those cortical oscillations are thought to be dependent on neurotransmitters like GABA,” Gaetz says. “So that’s why we’re getting into magnetic spectroscopy.”

The researchers scanned the brains of 17 children with autism and 17 controls. They zeroed in on the chemical composition of three brain areas concerned with movement, hearing and sight, respectively: the motor cortex of the frontal lobe, the auditory cortex of the temporal lobe and the visual cortex at the back of the brain.

Compared with controls, children with autism have less GABA in the motor cortex and the auditory cortex, but show no differences in the visual cortex, the study found.

The researchers plan to analyze the same group of children with autism using MEG, Gaetz says. The GABA data would predict that these participants will show abnormal brain waves in sound and motor areas, but not in the visual region, he says.

The new findings echo the auditory cortex results from the Rojas study. They also replicate the first study of this kind, published in 2011, which found GABA loss in the frontal lobe of children with autism3.

Other researchers, though, say it’s premature to make region-specific predictions based on MRS data.

The analyses for visual areas relied on data from just eight children with autism, notes Jeffrey Stanley, associate professor of psychiatry and behavioral neurosciences at Wayne State University in Detroit, Michigan, who was not involved in the work. “The negative finding from the visual area may have been due to poor [statistical] power,” Stanley says.

Still, the motor and auditory findings are intriguing, he says, and complement reports of sensory abnormalities in autism.

The main downside of MRS is that it takes time to obtain a strong signal. But a child — and especially a child with autism — can only stand to be in the uncomfortable scanner for about an hour.

That means there’s only enough time to measure the chemical composition of fairly large brain regions: roughly 27 cubic centimeters. “About the size of a shot glass,” Gaetz says.

With a territory that big, it’s difficult to discriminate between different functional areas of the brain. “We’re excited, but we’re also cautious,” Gaetz says. “We know that we’re covering an awful lot of brain with these measures.”