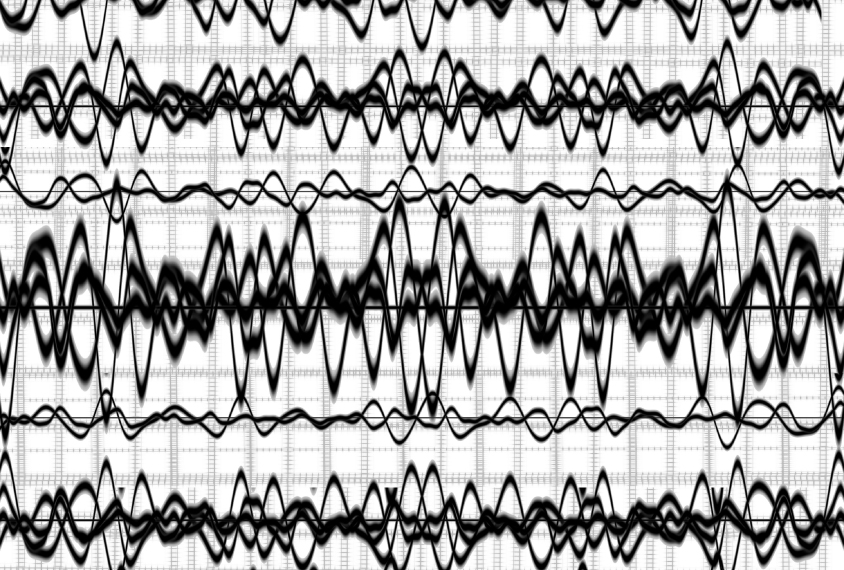 Excitable brain: Deleting one copy of the SCN1A gene in a subset of mouse neurons triggers seizures and autism-like social deficits.

Researchers have homed in on the brain region thought to be responsible for the autism-like symptoms that can accompany Dravet syndrome, a rare epilepsy disorder, according to research published Wednesday in Nature1.

Dravet syndrome is caused by mutations in one copy of a sodium channel gene called SCN1A, which has also been linked to autism.

The channel is the primary trigger of activity in so-called inhibitory neurons, cells that when activated quiet other neural circuits.

Knocking out one copy of SCN1A in a set of inhibitory cells dampens their activity and is sufficient to cause autism-like symptoms, such as lack of interest in other mice, the study found. What’s more, treating the mutant mice with low doses of clonazepam, a generic drug used to treat seizures, can reverse the deficits.

“That suggests that at least for our mice, [the deficits] are not due to rearrangement of neural wiring but simply the failure of inhibitory transmission,” says lead investigator William Catterall, professor of pharmacology at the University of Washington in Seattle.

The findings support growing evidence that at least some of the deficits seen in autism are caused by an imbalance in excitatory and inhibitory activity in the brain. That’s significant because it’s likely to be easier to correct an imbalance in activity than it is to repair faulty brain wiring.

“In each circuit, you need the appropriate balance of excitation and inhibition for the circuit to work properly,” says Catterall.

In addition to epilepsy and autism, people with Dravet syndrome suffer sleep disorders, cognitive impairment and problems with motor coordination. Mice lacking a single copy of SCN1A throughout the body mirror all of these deficits.

Knocking out the channel in different sets of neurons can help narrow down which sets of cells are responsible for the symptoms associated with Dravet syndrome.

“The hypothesis is that all facets of the disease arise from failure of firing of different classes of inhibitory neurons,” says Catterall.

In a second study currently in press, Catterall’s team found that knocking out SCN1A sodium channels in inhibitory neurons triggers seizures in mice. Because these are the primary sodium channels in the inhibitory cells, the cells can no longer fire and therefore can’t dampen activity in other circuits.

“The animals are epileptic because the inhibitory neurons can’t activate,” Catterall says.

In the new study, he and his collaborators created mice lacking one copy of the gene in the forebrain, which includes the cerebral cortex and limbic system. These mice show a number of autism-like behaviors, including little interest in other mice, and higher anxiety and hyperactivity than controls.

On a cellular level, the researchers found that specific sets of inhibitory neurons — hippocampal interneurons and cerebellar Purkinje cells, which both use the chemical messenger gamma-aminobutyric acid (GABA) — are less active when one copy of SCN1A is missing.

“The findings are exciting because we show that failure of GABA signaling is sufficient to cause autistic deficits in mice,” says Catterall. “That fits together with other results over the last year or two.”

“I think there is an emerging causal understanding that changes in excitation and inhibition are really important in high-level social behavior,” says Karl Deisseroth, professor of bioengineering and psychiatry at Stanford University in California and senior investigator on the optogenetics study. “If you look at both papers, they use very different approaches — one physiological and one genetic — and both point down the same path.”

To determine whether stimulating GABA cells could reverse the autism-like symptoms in mice, Catterall and his colleagues tested clonazepam, a drug that causes sedation at the doses typically used to treat epilepsy.

They first determined a low dose — about tenfold less than the typical dose — that doesn’t cause anxiety or sedation. “This low dose completely reverses autistic-like behaviors,” says Catterall.

It’s not yet clear why the low dose is so effective. Catterall speculates that either only a small number of GABA receptors must be activated to get the response or there is a subclass of GABA receptors that have a high affinity for clonazepam. “There’s no evidence for that yet, but we’re trying to pursue it,” he says.

Clonazepam is not an ideal drug for treating Dravet syndrome or autism because people who take it repeatedly eventually become tolerant. Catterall’s team plans to explore whether the low doses also lead to tolerance, and to test other related drugs.

It’s also unclear whether the mouse findings will extend to people with autism.

Deisseroth, who is a practicing psychiatrist, points out that many children with autism have been treated with clonazepam and other drugs in its class for a variety of reasons, often at non-sedating doses.

“In my clinical experience, it doesn’t reduce deficits in social cognition,” at least not directly, he says. “It does reduce anxiety, and by alleviating anxiety allows them to learn and experience the social world and start to build a better sense of social cognition.”

About 16 drugs are in various phases of development for treatment of autism, “but many target the excitatory arm of the equation,” he says. Drug companies are unlikely to be interested in clonazepam because the drug is off-patent and has limited commercial potential.