Losing sleep: How researchers miss a key contributor to autism 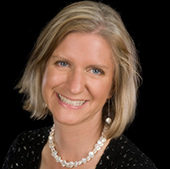 Annette Estes
Director and Susan and Richard Fade Endowed Chair, University of Washington Autism Center
Sign up for Spectrum's newsletters
Thanks for subscribing!
The Experts:

Most people with autism — up to 86 percent — have trouble sleeping1. Their sleep problems often include the hallmarks of insomnia: difficulty falling asleep, waking up multiple times during the night and getting less sleep than average. Animal models of autism display these same signs, suggesting that sleep problems may arise from fundamental mechanisms conserved across species2. But scientists do not yet know what these mechanisms are, much less why insomnia is so prevalent in autistic people.

Autism researchers and clinicians commonly refer to insomnia as a comorbidity, meaning that it only accompanies autism. However, we suggest that doctors and scientists may need to consider it as an integral part of the condition and begin to study sleep in more rigorous ways — for instance, using technology in place of surveys and questionnaires.

Almost all animals sleep, although the functions of sleep are still largely unknown. Mounting evidence, though, suggests that it promotes brain development. Across species, sleep is greatest in infancy, when the brain is rapidly growing. It is crucial for synaptic plasticity, or the ability of neurons to strengthen or weaken their connections in response to experience — a process known to be altered in autism.

Given this evidence, it is reasonable to assume that disrupted sleep in early life may lead to atypical development. We propose that abnormal sleep is a key contributor to autism5.

If this is true, one would expect autistic people’s sleep problems to be present from an early age and predict the severity of autism traits. Recent studies by us and others bear out these expectations. For example, one of our research teams (Estes) found that sleep problems in autistic children as young as 4 years of age were associated with severe ‘higher-order’ restricted and repetitive behaviors later in childhood6. We also reported that problems falling asleep in the first year of life often precede an autism diagnosis and are associated with altered patterns of brain development7.

The latter study involved infants with older siblings with autism, who have a high likelihood of having autism themselves. We used brain imaging and clinical assessments to monitor the babies’ brain and behavior development from 6 months of age, before they showed any signs of autism, until they were 2 years old. Parents filled out questionnaires about their infant’s behaviors, including how easily they fell asleep. When the children who went on to be diagnosed with autism were 6 and 12 months of age, their parents reported subtle difficulties with falling asleep. The same children also showed greater growth in one area of the brain, the hippocampus, previously linked to sleep problems in older children and adults.

The connection between sleep and autism seems clear from these studies, but a fundamental question remains unanswered: What are the mechanisms that link sleep, brain development and autism? To begin to answer this question, researchers need to fundamentally change how they study sleep in autism.

First, studies need to measure sleep objectively. This means relying less on questionnaires, parent reports and self-reports and more on technologies that allow scientists to quantify sleep. Technology is advantageous because it does not rely on any one individual’s memory, and it measures sleep in the same way across large numbers of participants.

Second, studies should measure all aspects of sleep that are relevant to autism: how long it takes to fall asleep, how fragmented sleep is during the night and the total amount of sleep.

Third, we need to better understand key fundamentals of sleep, such as how typical children respond to sleep loss and how sleep regulation typically develops. Studies will need to leverage animal models, in particular rodents, to reveal molecular mechanisms related to sleep. Animal models are a powerful approach because of the high level of conservation of mammalian sleep.

Last, studies need to take into account developmental processes, as it is clear that sleep problems may precede the autism diagnosis. Once we better understand the mechanisms underlying insomnia in autism, we will be able to design targeted, effective interventions to address this key aspect of the condition in order to improve quality of life for people with autism and their families.

Lucia Peixoto is assistant professor in the Sleep and Performance Research Center at Washington State University in Spokane. Annette M. Estes is director and Susan and Richard Fade Endowed Chair of the University of Washington Autism Center in Seattle.