Autism linked to sleep problems and brain changes in infancy 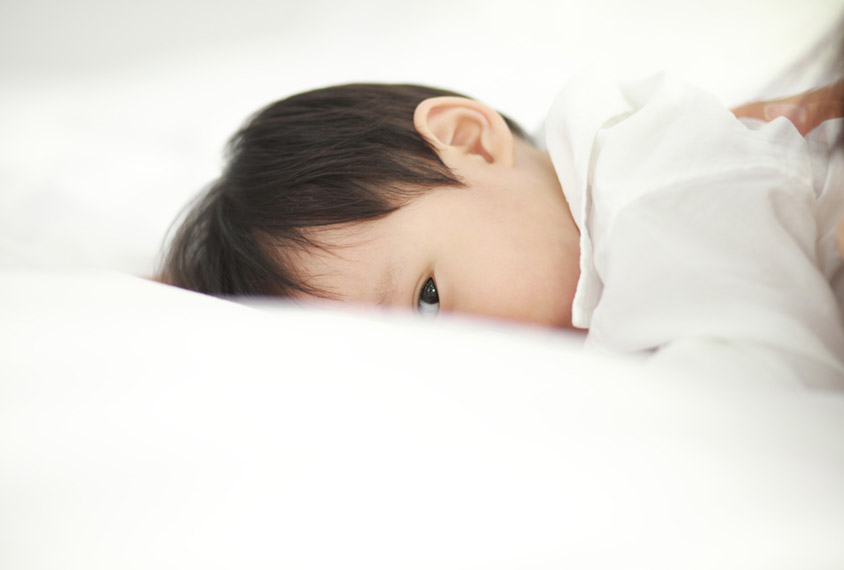 Baby monitor: Some infants who have trouble sleeping also have social difficulties in early childhood.

Children with autism are more likely than typical children to have had problems falling asleep as infants, according to a new study1. These infants also have more growth in the hippocampus, the brain’s memory hub, from age 6 to 24 months.

The study is the first to link sleep problems to altered brain development in infants later diagnosed with autism.

Sleep difficulties are common in autistic children: Nearly 80 percent of autistic preschoolers have trouble sleeping2. But little is known about the interplay between sleep and brain development in early life, says lead investigator Annette Estes, director of the UW Autism Center at the University of Washington in Seattle.

The researchers examined the sleep patterns and brain scans of infants who have autistic older siblings, a group known as ‘baby sibs.’ Baby sibs are 20 times as likely to be diagnosed with autism as are children in the general population, and they often show signs of autism early in life.

The study shows an association between sleep problems and brain structure in babies who have autism. But it is too early to say whether sleep troubles contribute to brain changes and autism traits or vice versa, or whether some common factor underlies all three, Estes says. It is also not clear what, if any, connection exists between these findings and the well-documented sleep problems in older autistic children.

“It’s exciting to have a novel study that’s looking at something new, but it’s also easy to get out over your skis a little bit too far,” she says. “This is a research finding that really needs follow-up before there are any clinical take-home messages.”

Estes and her colleagues analyzed data from 432 children enrolled in the Infant Brain Imaging Study, which tracks brain development in baby sibs and typically developing controls. They looked at brain scans taken when the children were 6, 12 and 24 months old to assess the size of various structures, including the hippocampus. They also reviewed parents’ responses to survey questions about their children’s social behaviors and difficulties falling asleep.

Of the 305 baby sibs in the study, 71 went on to be diagnosed with autism at age 2. The researchers found that those toddlers had experienced more trouble falling asleep as infants than both baby sibs without autism and controls. Among all the children, those with more sleep problems at 6 and 12 months had weaker social-communication skills at 24 months. The work appeared 1 June in the American Journal of Psychiatry.

Among the baby sibs with autism, those who had more trouble sleeping also had more growth in the hippocampus from 6 to 24 months of age. There was no such link in children without autism, or for any of the other brain areas they examined.

Researchers often view sleep problems solely as an outcome of autism, but the new work hints that they may precede and contribute to autism traits, says Philippe Mourrain, associate professor of neurobiology at Stanford University in California, who was not involved in the research.

Mourrain says further studies should include additional parent-reported measures of sleep, such as how often a child wakes up from her slumber during the night. They should also look at other measures, such as connectivity between brain regions, that volume differences do not capture.

“It calls for much more,” Mourrain says.

The study suggests that addressing sleep problems in infancy could alleviate some of the difficulties autistic children have, says Craig Canapari, director of the Sleep Medicine Program at Yale University, who was not involved in the research. “The most compelling question coming out of it is: Is sleep a modifiable risk factor for autism [traits]?”

Estes says she hopes to follow up with the children when they are school-aged to see how their sleep and development interact as they grow up. She would also like to include objective measures of sleep, such as using sensors to track the children’s movements during the night, to shore up parent reports.

“There’s so many different dimensions of sleep that we could learn about at this age and across the early years,” Estes says. “I think that would be really good to do.”