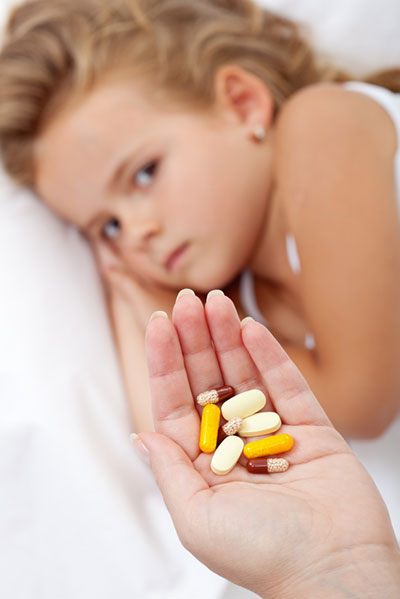 Children with autism often have an array of challenging symptoms — irritability, anxiety, sadness, aggression and inattention — and the few behavioral therapies that may improve these symptoms are time-intensive, expensive and sometimes inaccessible.

It’s no surprise then, that many doctors and families turn to medications to alleviate symptoms — for example, antidepressants to relieve sadness, or psychostimulants to increase attention span.

Little is known about the long-term effects of these drugs, or about how the different drugs may interact with one another. Still, it’s common for children with autism to be taking more than one or two of these drugs at the same time, according to two new studies published in the past few weeks.

One of the studies, published in the November issue of Pediatrics, analyzed medication use in 33,565 individuals with autism, from birth to age 20, between 2001 and 2009.

Of the 21,334 children who received prescriptions, one-third took a single drug during the study period. Another one-third took more than one drug at a time and about 5 percent took a heavy load of four or more medications. The most common prescriptions were for depression and attention deficit hyperactivity disorder (ADHD).

Children seem to acquire more prescriptions as they get older: About 60 percent of children aged 11 to 17 years take more than one drug, compared with 33 percent of children in the 2- to 10-year age range. Alarmingly, about 10 percent of infants under 1 year who are later diagnosed with autism are also given multiple medications.

Many of the children with more than one prescription have other disorders along with their autism, such as epilepsy or seizures, ADHD, anxiety, depression or bipolar disorder.

The other study, published 28 October in Autism, also showed heavy medication use for psychiatric or behavioral symptoms among children and adolescents with autism. This study looked at roughly 2.2 million children in 41 states, aged 3 to 17 years, who received Medicaid services between 2000 and 2003. Between 12,000 and 18,500 of these children have autism. Medicaid is a government-funded health insurance program for low-income or disabled individuals in the U.S.

Antipsychotics were the most popular medication, with 37 percent of children with autism taking them, compared with 14 percent of controls.

Some doctors may not be aware of the number of different drugs their young patients are given by other healthcare providers. Both studies conclude that doctors need clear guidelines when prescribing medications for children with autism.

A paper in the October issue of the Journal of Clinical Psychiatry outlines some such specific guidelines.

For instance, the report notes that although the antipsychotics risperidone and aripiprazole are approved in the U.S. to treat irritability and aggression in children with autism, they can lead to disturbing side effects such as weight gain, diabetes, heart problems and lactation.

The report recommends that doctors provide counseling if the child gains weight, and either slowing or stopping the medication if the child develops a movement disorder, such as parkinsonism, a syndrome that can lead to tremors, rigidity and instability. It also references an online guide that outlines steps for treating aggression in children.

The researchers further advise charting a child’s symptoms and side effects at home and at school to help doctors and families decide which medications would be best for the child.