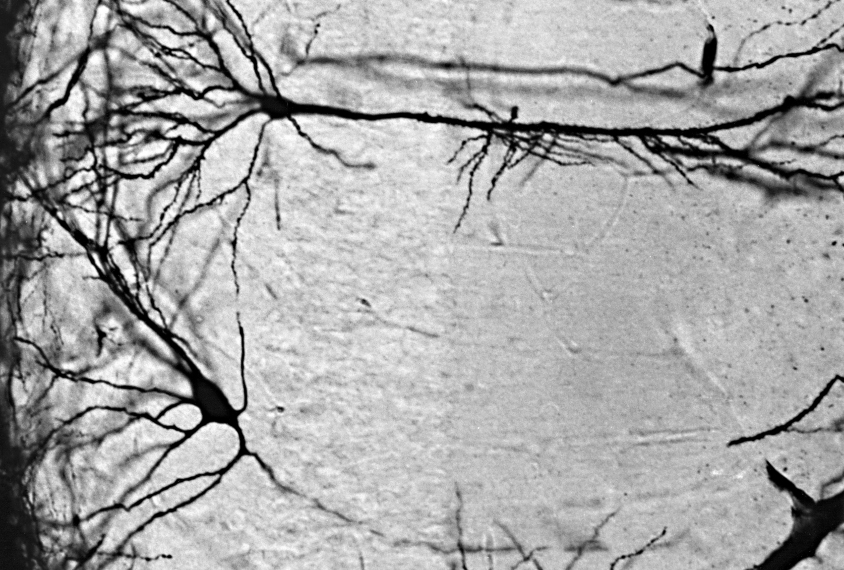 Enhanced excess: A dose of interneurons further increases inhibitory signaling in a mouse model of autism.

Injecting cells called interneurons into the brains of a mouse model of autism restores typical social behavior. But the reason for this effect is a puzzle.

Researchers have previously tested this approach in animal models of epilepsy, which is characterized by too little inhibition in the brain.

“Traditionally, [interneuron] transplantation has been thought of as a way of adding inhibition to neural circuits,” says Derek Southwell, assistant professor of neurosurgery at Duke University in Durham, North Carolina.

Researchers are now exploring the approach as a therapy for autism. Southwell’s team tested it in mice missing PTEN, a top autism gene, and presented the unpublished results yesterday at the 2019 Society for Neuroscience annual meeting in Chicago, Illinois.

The researchers removed a structure called the medial ganglionic eminence from the brain of a typical embryonic mouse. This structure contains precursors to interneurons — types of neurons that dampen brain signaling. The researchers then injected the precursor cells into the prefrontal cortex of a PTEN mouse shortly after it was born.

PTEN mice have social behaviors reminiscent of those seen in autistic people. The transplant restores the mice’s social interest, but it has no effect on the sociability of typical mice.

PTEN mice also show an excess of inhibitory signaling in the prefrontal cortex. The transplants boosted this excess. “It took what was already high and made it higher,” Southwell says.

The fact that the therapy can ease social problems in the mice without restoring brain circuits suggests that transplanting interneurons might be useful not only when inhibition is lacking, Southwell says.

By two months after the transplant, the cells take up residence throughout the hippocampus, differentiate into interneurons and make connections with their neighbors.

“They become what they’re supposed to,” says Rosalia Paterno, a postdoctoral researcher in Scott Baraban’s lab at the University of California, San Francisco, who presented the work.

The researchers are investigating whether the transplantation restores social behavior and other autism-related behaviors seen in the mice.

Interneuron transplantation is a long way from being applied as a therapy for autism. For example, the transplants are performed in newborn mice, long before the condition can be diagnosed in people.