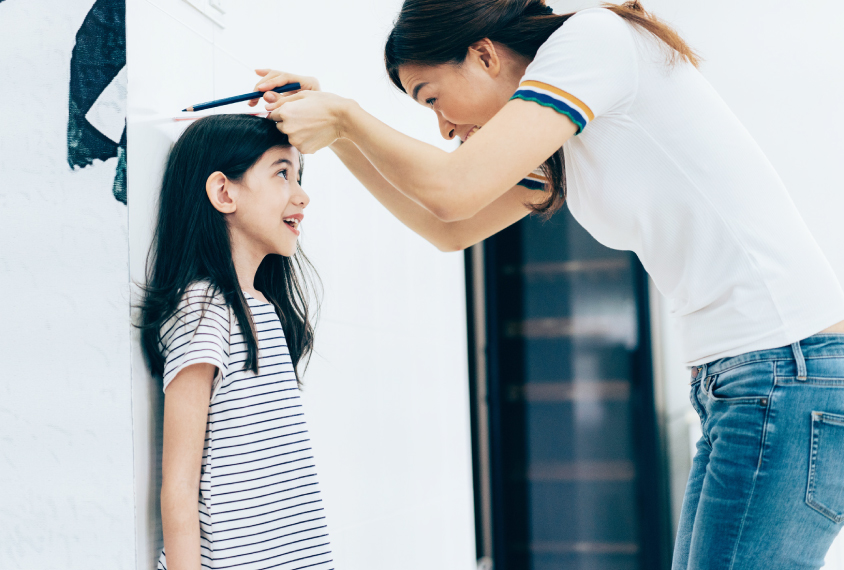 Overgrowth syndrome: Mutations in a gene called CHD8 are associated with tall stature.

People with mutations in CHD8, a top autism gene, tend to be tall and have large heads, according to a new study1. They also tend to have intellectual disability. The traits define a unique condition that the researchers call ‘CHD8 overgrowth syndrome.’

Autism is known to be associated with an unusually large brain size. Mutations in autism genes — including CHD8 — that influence how other genes are expressed have been seen in individuals who have overgrowth of the head and body, along with intellectual disability2.

“Up until now, CHD8 has mainly been recognized as an autism gene,” says John Graham, medical geneticist at Cedars-Sinai Medical Center in Los Angeles, California, a member of the research team. The work should be a resource for clinicians caring for people affected by CHD8 mutations, he says.

The study looked at 27 people with CHD8 mutations, making it “probably the largest that has been presented so far,” says Konstantinos Zarbalis, associate professor of pathology and laboratory medicine at the University of California, Davis, who was not involved with the work.

Graham and his colleagues examined 21 males and 6 females with CHD8 mutations, aged 1 to 27 years. Of the participants, 23 have a head circumference, height or both in the 97th percentile or above for their age. All of them have intellectual disability and 10 have autism.

The study appeared in the American Journal of Medical Genetics Part C: Seminars in Medical Genetics as part of a special issue on overgrowth syndromes, including the autism-related Sotos syndrome.

“Those are relatively nonspecific findings in and of themselves, but it’s the combination that gives rise to a specific set of clinical features that we might call CHD8-related syndrome,” Graham says.

The researchers have so far noted the effects of CHD8 overgrowth syndrome on only the skeletal system, though Graham says head circumference usually tracks with brain size.

“It would be interesting maybe to find out to what extent other organs are affected,” Zarbalis says, “and whether an increase in height means also a general increase in organ size.”