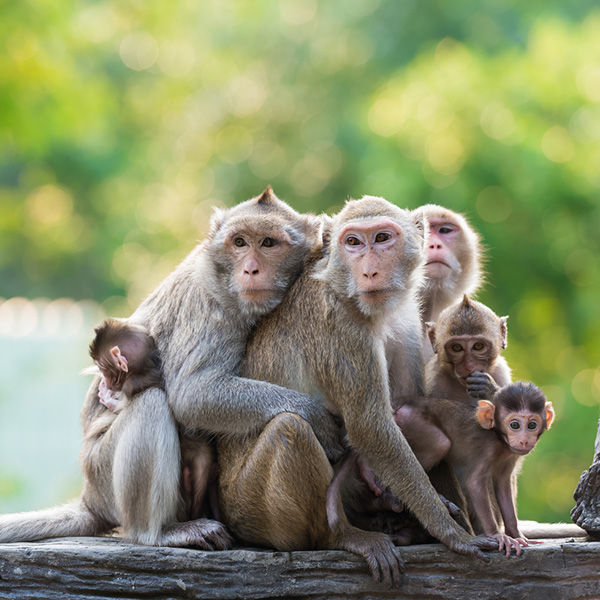 Researchers have for the first time mapped gene expression in the rhesus macaque brain at four time pointsbetween birth and adulthood. The atlas, described 7 May in Human Molecular Genetics, illuminates the expression patterns of genes likely to be important in autism1.

A few years ago, many of the same scientists debuted a map of gene expression in the outer layers of the adult monkey brain. This effort showed gene activity in only a limited brain area at one point in time, however. The new work reveals how gene expression patterns change as neural circuits form and mature across five brain regions.

The researchers dissected the brains of rhesus macaques at birth, 3 months, 1 year and 4 years of age. They measured gene expression in areas implicated in neurodevelopmental disorders, including autism. These include the hippocampus, a structure involved in memory; the amygdala, an emotion hub; a part of the striatum involved in motivation and reward; the visual cortex; and the prefrontal cortex, which governs decision-making and problem-solving.

Many of the genes the team found to be expressed in newborn monkeys help neurons mature, or differentiate, into different subtypes. Their activity may fuel the rapid formation of neural connections in early development. As the monkeys age, more of the genes involved in cell death become active, a pattern that may reflect the pruning of neurons.

The researchers also identified networks, or modules, of genes whose activity rises and falls in concert. Three of these modules contain a high proportion of genes associated with autism.

One of the modules comprises genes that either cause neurons to differentiate or guide their long extensions, or axons, to their proper destinations in the brain. These two types of genes are active in the striatum as well as both the prefrontal and visual cortex at birth — and become less so as the monkeys age.

The researchers hypothesize that in people, disruptions in that normal pattern of activity alter the formation of critical brain circuits, leading to autism.

Another autism-linked module includes genes that regulate the coiled complex of DNA and proteins called chromatin. These genes are expressed in abundance in the two cortical regions at birth, the researchers found, but become less active later. By contrast, a cluster of autism genes involved in neural transmission ramps up in the cerebral cortex after birth.