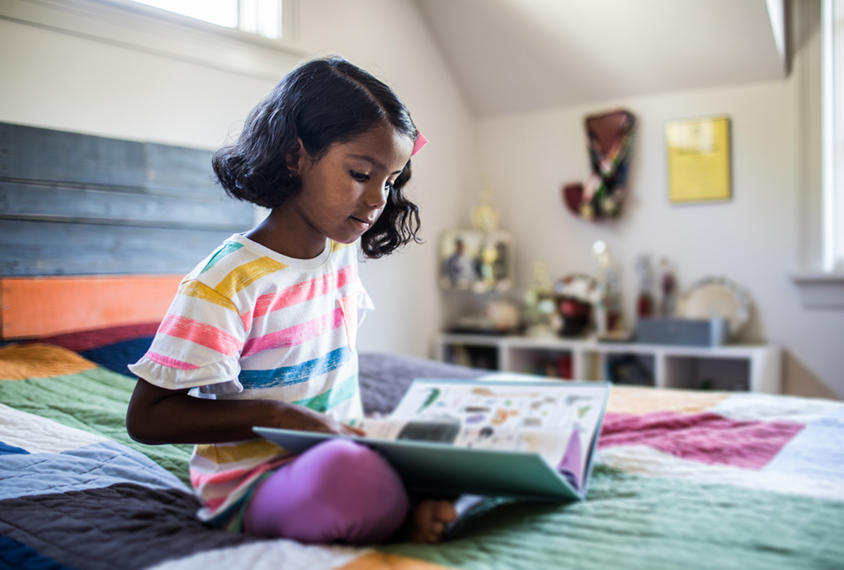 Different stories: People with 16p11.2 copy number variations who don’t have autism can have autism-like traits, such as language impairment.

Mutations to the chromosomal region 16p11.2 affect people in different ways, often leading to some combination of autism, intellectual disability and language difficulties. Two new studies help to account for this diversity of traits1,2.

Up to 25 percent of people with a duplication or deletion of DNA, or copy number variation (CNV), in 16p11.2 have autism; the rest often have at least one autism trait, according to previous research. People with 16p11.2 CNVs also have varying levels of cognitive and language abilities. And as with other genetic influences on autism, 16p11.2 CNVs seem to affect boys more often, or at least more severely, than girls.

“We’re looking across different parts of the phenotype and trying to understand how all of these pieces connect together,” says Caitlin Hudac, assistant professor of psychology at the University of Alabama in Tuscaloosa.

One of the new studies, led by Hudac, explored how various traits relate to additional genetic and environmental factors in 96 people with 16p11.2 deletions and 77 with duplications.

The researchers tallied each participant’s experiences of perinatal and prenatal events associated with autism, such as having a low birth weight or a mother who had preeclampsia.

They also sequenced the participants’ DNA to identify other mutations that could have contributed to the traits, which they assessed using standardized tests. They then developed a statistical model that, based on five factors — number of prenatal events, number of perinatal events, other CNVs, other gene mutations, and sex — accounted for 9 to 20 percent of the variability in individual traits.

For example, deletion carriers who had experienced the most perinatal events tended to have a low verbal intelligence quotient (IQ) and poor adaptive behavior, or the ability to carry out daily tasks such as eating or getting dressed, the researchers found. And duplication and deletion carriers who had experienced a higher number of perinatal events or had additional CNVs tended to have a low nonverbal IQ.

The work was published in June in Autism Research.

The results are in line with the idea that multiple factors work together to contribute to variation in autism traits, says Santhosh Girirajan, associate professor of genomics at Pennsylvania State University in University Park, who was not involved in either study. The 16p11.2 CNVs on their own “are not deterministic,” he says.

The second study, conducted by a different team, similarly shows how variable the effects of 16p11.2 deletions and duplications are by focusing on a single outcome: language impairment.

Kim and her colleagues used multiple complementary testing methods, including one that allowed them to evaluate language abilities in a naturalistic setting. They tested 110 children and young adults with a 16p11.2 deletion and 58 with a duplication.

Deletion and duplication carriers both “seemed to show difficulties using their language in a social way,” Kim says. In particular, the children had the most trouble with pragmatic language, or “being able to have back-and-forth conversation with someone, sharing interests and offering information about” their own experiences.

The difficulties existed even in children with no autism diagnosis or cognitive deficit, suggesting that this language impairment is characteristic of the CNVs. The results were published in June in the American Journal of Medical Genetics.

Learning more about the diversity of traits across people with 16p11.2 CNVs could help “identify the different needs and the different abilities of people with these genetic variants,” says Nicola Grissom, assistant professor of psychology at the University of Minnesota in Minneapolis, who was not involved in either study.

Researchers from both studies suggest that the most effective way to influence positive outcomes for children with 16p11.2 CNVs is early identification and intervention.

For language impairments, that means starting therapy before age 5, when an explosion of language development is thought to occur, Kim says. Comprehensive language assessments can help ensure that happens.

“The ultimate goal,” Hudac says, “is to be able to understand how everything works together in order to develop successful treatments.” Her team is incorporating additional factors into their statistical model, such as the genetic and environmental backgrounds of a person’s parents, in an attempt to further explain the variability in 16p11.2 CNV-associated traits.