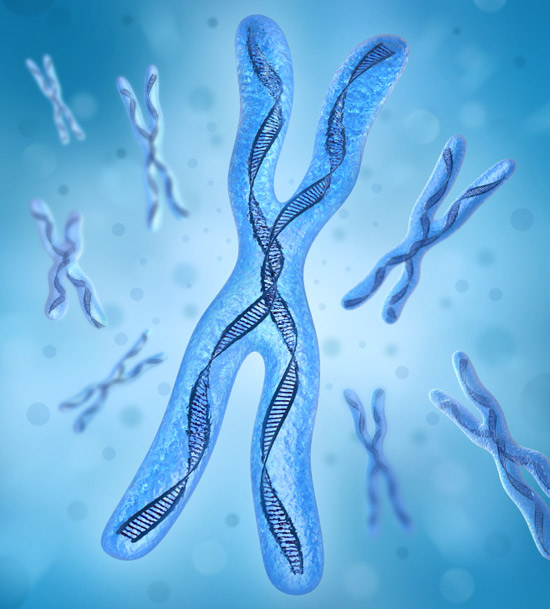 Risk region: Deletion of a specific piece of chromosome 16 is associated with intellectual disability and autism.

Individuals with a deletion in the 16p11.2 chromosomal region — which has been linked to autism in several studies — show features of autism spectrum disorders, including language delay, according to a study published in October in The Journal of Developmental Behavioral Pediatrics.

Deletion of the 16p11.2 region is a rare mutation that is believed to contribute to autism, although not everyone with this deletion has an autism diagnosis. The Simons Variation in Individuals Project, funded by SFARI.org’s parent organization, is recruiting 200 individuals with mutations in 16p11.2 to further characterize this region.

Researchers investigating the prevalence of autism in people with 16p11.2 deletions can either overestimate the number by looking for the deletion in those with an existing diagnosis, or underestimate it, by not looking for more subtle features of autism. The new study looked at 3,450 children and adolescents referred to Children’s Hospital Boston for genetic testing, and identified 21 with a 16p11.2 deletion.

Of these, the 11 individuals who agreed to more detailed follow-up all have some form of intellectual disability, which prompted their referral, but not necessarily a diagnosis of autism. In fact, only 3 of the 11, or 27 percent, have autism, based on the Autism Diagnostic Observation Schedule and the Autism Diagnostic Interview-Revised. This finding is in line with previous studies, which find that about 20 percent of people with the 16p11.2 deletion have a diagnosis of autism, but a higher percentage may have some features of the disorder.

Each person with the deletion in the new study has at least one of the features of autism — such as intellectual disability, behavioral problems, problems with social skills or language delay. The specific components and severity vary significantly across the group.