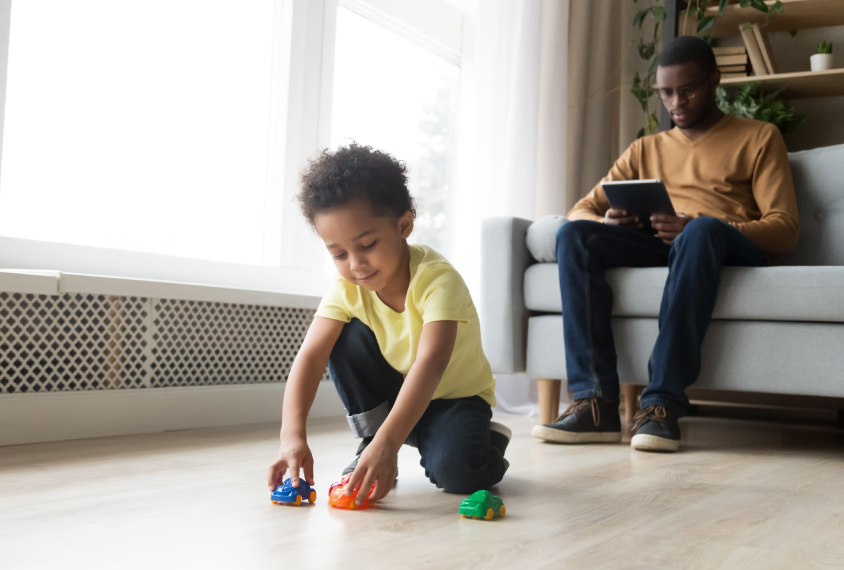 Quick check: Before seeing a pediatrician, parents may answer a set of questions about their toddler’s development as a screening test for autism.

The most widely used screening tool for autism misses a large proportion of toddlers who are later diagnosed with the condition, according to a study published today in Pediatrics1.

The test, called the Modified Checklist for Autism in Toddlers (M-CHAT), identifies less than 40 percent of autistic children. And 85 percent of the children the screen does flag turn out not to have autism.

The results echo those of similar studies in Norway and Malaysia and underscore the need for new screens for autism. They also inform the ongoing debate over whether to screen all toddlers for autism: Missing a child with autism prevents the child from being treated early, but flagging a child who does not have autism can cause parents needless worry.

The researchers say it’s still too early to settle the debate.

“We do not want anybody to interpret this as a recommendation not to screen,” says lead investigator Whitney Guthrie, a clinical psychologist and scientist at the Children’s Hospital of Philadelphia. “Our takeaway is that, essentially, there’s more work to be done. We need to identify other methods of detecting these kids that are being missed.”

Guthrie and her colleagues looked at health records for nearly 26,000 children, aged 16 to 26 months, treated in the hospital’s network of 31 clinics. The visits occurred over 4.5 years, starting in January 2011.

The M-CHAT asks caregivers 23 yes-or-no questions about their child’s development, such as: “Does your child ever pretend, for example, to talk on the phone or take care of a doll or pretend other things?” The researchers looked at the children’s M-CHAT scores, as well as their medical records between ages 4 and 8.

Of the 20,375 children with available medical records, 454 had been diagnosed with autism by age 8. The M-CHAT had missed — or had given a ‘false-negative’ result to — 61 percent of these children, however. And of the children the screen picked up overall, only 15 percent were later diagnosed with autism, meaning the test also has a high ‘false-positive’ rate. The researchers presented preliminary findings from the study at the 2017 International Meeting for Autism Research.

Most studies that have suggested that a positive M-CHAT result accurately predicts autism did not follow up on the vast majority of children who screened negative.

The new study gives a better picture of the screen’s sensitivity because the researchers tracked those children, too, says Roald Øien, associate professor of special education and child development at UiT — the Arctic University of Norway in Tromsø, who was not involved in the study.

However, autistic children with a positive result were diagnosed 7.5 months earlier, on average, than those who were missed by the screen.

This gain in treatment time is an important reason to not discard the premise of universal screening, Guthrie says: “Those kids would lose those months of earlier intervention.” Also, 72 percent of children who screened positive have a developmental problem of some kind and end up getting the medical attention they need.

More than 90 percent of the children got the screen. The children who did not are more likely to be non-white and come from low-income families. The M-CHAT had a significantly higher false-positive rate for these groups than it did for white, high-income individuals, and a significantly higher false-positive rate for girls than for boys.

How effective the M-CHAT is depends on how it is used. The American Academy of Pediatrics recommends screening children twice — at 18 and 24 months of age — although it does not endorse a specific tool.

Only half of the children in the study were tested twice. In this group, the M-CHAT did slightly better: It flagged half of children later diagnosed with autism.

There may also have been reasons for the high rate of false positives. Nearly 60 percent of toddlers whose score warranted a follow-up interview did not get one, perhaps because of time constraints; further testing may have removed these children from the group of positives. “It reflects how difficult this two-stage screening is in real primary care,” Guthrie says.

If the M-CHAT misses certain groups or types of people with autism, new tests tailored to these groups could greatly improve screening for the condition, Øien says.

“The big question for the future is who is picked up by the M-CHAT, and who are we missing,” he says.

Pediatricians should be mindful of the fact that the M-CHAT misses many autistic children, keep a watchful eye even on children who screen negative, and take caregivers’ concerns seriously, says Lonnie Zwaigenbaum, professor of pediatrics at the University of Alberta in Edmonton, Canada.  Zwaigenbaum was not involved in the study but co-wrote a commentary on it2.

Tools that do not rely on parents’ observations could also help boost the accuracy of the screens. Guthrie is helping to develop a technique involving computer vision that analyzes interactions between parents and toddlers. The method is designed to pick out telltale traits of autism in those exchanges, as an adjunct to traditional tests.