Screening toddlers for autism is worthwhile 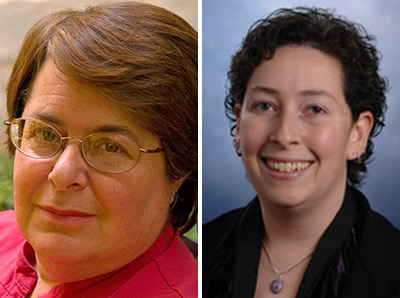 A Norwegian study published in February reported that the Modified Checklist for Autism in Toddlers (M-CHAT) identifies only one-third of 18-month-old children who will be diagnosed with autism later in childhood1. Based on this, the researchers suggest that using only the M-CHAT to screen such young children for autism is ineffective.

As creators of the M-CHAT and its revised version, we and our colleague, Marianne Barton, believe it retains utility for this age group. We would like to put the study’s conclusions into a more general framework for the detection of autism and related disorders.

We find the Norway study to be interesting and important and one that, at least in part, agrees with some of our own research: Screening at 18 months will not detect all, or perhaps even most, children who will go on to have some form of autism in later childhood — especially those with milder forms of the disorder2.

The researchers provided us with a breakdown of their findings of the M-CHAT’s sensitivity, which indicates that the screen’s ability to detect classic and more severe forms of autism is much higher than its ability to detect the milder forms, such as Asperger syndrome.

Screening questionnaires such as the M-CHAT, which parents complete at the 18-month routine pediatric visit (or possibly even earlier), will detect some proportion of children who have social communication delays — including delays in language, pointing, responding to their names and smiling — and who may go on to receive an autism diagnosis.

These sorts of screens cannot detect several other groups of children who will ultimately be diagnosed with some form of autism. These groups include children whose social communication is fairly typical when they are toddlers but who later develop some form of autism or Asperger syndrome, children who show a loss of skills after 18 months, and those whose parents, for any number of reasons, are reporting that their 18-month-old has social skills that they don’t in fact have.

All of these groups must be caught as early as possible because intervention may dramatically alter their trajectory. As we see it, the way to do this is to provide screening starting at 18 months or earlier and continuing at least into elementary school. Clinicians must also combine repeated screening with evaluation of any children about whom physicians or parents have developmental concerns. This sort of regimen should be able to detect most children who need intervention.

The researchers raised the possibility that 24 months might be a more effective screening age than 18 months. Although our data are consistent with this suggestion3, some children can be detected through screening at 18 months and are therefore able to benefit from very early intervention.

One finding from the study that we find somewhat puzzling is that so many of the parents of children later diagnosed with autism reported that their toddlers had typical social communication skills at 18 months.

For example, about 80 percent of these children were reported to point things out to share their interest with parents, a number that does not accord with the clinical literature on development of autism in early childhood or with our own data.

In our sample of about 16,000 children diagnosed with autism around age 2, we have unpublished data showing that about 75 percent did not point for joint attention. This suggests that either the parents in the Norwegian study inaccurately assessed their children, or that most of these autism cases had more typical early social development than would be expected.

A major difference that might explain some of the Norway study’s results is that the researchers followed up on the children after several years, while typical screening entails evaluation within a few months. A screening test given at 18 or 24 months will predict a diagnosis at age 2 better than it will a diagnosis in middle childhood.

The researchers also embedded the M-CHAT into a long questionnaire with some similar questions as part of what parents knew to be a research study, a situation in which their answers would have no practical consequences for their child — and a different circumstance than filling out a one-page screener in their doctor’s office.

We’d also like to point out a small but important correction that should be made in the SFARI.org article about the original study. The story asserted that 7 percent of the children who were “tagged as having autism” went on to develop typically. But the M-CHAT is a screening and not a diagnostic tool: More accurate would be to say that 7 percent of the children were deemed at risk but did not develop the disorder.

Something else quoted in the SFARI.org article seems quite wrong to us. One researcher not involved with the Norway study suggested that universal screening for autism at an early age represents a waste of resources.

Screening toddlers with the M-CHAT and other autism-specific or broad developmental screeners (such as the Infant-Toddler Checklist, the First Year Inventory, the Ages and Stages Questionnaire, or the Parents’ Evaluation of Developmental Status) takes only a few minutes.

These types of screens, used in pediatricians’ offices worldwide, have identified thousands or even hundreds of thousands of children who have gone on to receive timely interventions. Many of these treated children have had better outcomes than if they had gone undetected for months or years.

What’s more, nearly all of the children who screen positive on the M-CHAT plus follow-up interview have significant developmental delays, even though not all of them have autism. Therefore, parents are not needlessly alarmed and evaluation resources are not wasted.

What is the alternative to universal autism screening?

Several studies have now shown that physician observation alone, although important, fails to identify many children at risk. Also, although parents’ observations are crucial in identifying some children, relying upon parents to voice concerns that might prompt further evaluation also misses many children.

These concerns are especially significant in populations with high numbers of underserved families, and for whom universal screening results in much earlier detection of autism.

It seems to us that ideal practice would be to use age-appropriate autism and general developmental screens at multiple ages, and to better integrate this kind of screening with physician and parent concerns. This will help to ensure that the maximum number of children can be given effective intervention as early in life as possible.