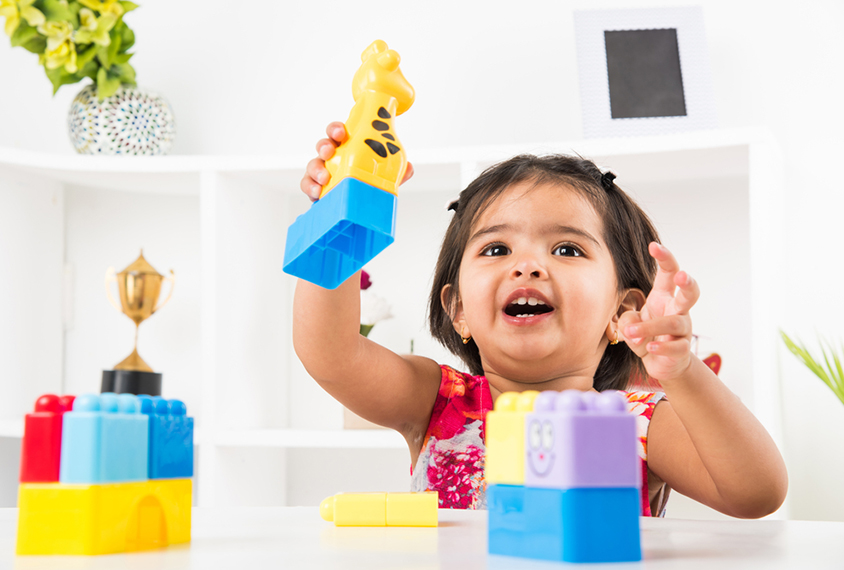 Girl power: Girls who are missed by a screen for autism at 18 months may be more outgoing than their typical peers.

A widely used test for autism misses some children with delays in motor, social and communication skills — suggesting that improvements to this test and others may help clinicians pick up on these signs. The findings appear today in Pediatrics1.

The test, called the Modified Checklist for Autism in Toddlers (M-CHAT) has been shown to miss nearly 70 percent of children with autism at 18 months.

“Some of the screeners that are currently on the market were designed many years ago, when we didn’t have as much understanding of what early autism looks like,” says lead investigator Katarzyna Chawarska, professor of pediatrics at the Yale Child Study Center.

The study is based on M-CHAT scores and other survey data from more than 68,000 children in Norway.

“This is really important,” says Catherine Lord, director of the Center for Autism and the Developing Brain at Weill Cornell Medicine in New York, who was not involved in the study. “Parents are aware that their kids are a little bit different,” she says, even if they do not recognize those differences as related to autism. “We can take advantage of that.”

Chawarska and her colleagues analyzed data from the Norwegian Mother and Child Cohort Study, which follows children from birth. When the children were 18 months old, their parents filled out the M-CHAT, which includes six questions that studies suggest predict autism well2.

Children of parents who answer ‘no’ to two or more of these questions screen positive for the condition.

Chawarska’s team focused on 68,197 children who had screened negative on the M-CHAT. According to medical records, 228 of these children were ‘false negatives’: They later received autism diagnoses.

“The really big thing here is that they have follow-up data for their false negatives,” Lord says. “Virtually nobody has this, so that is a huge deal.”

As a group, the missed children with autism show delays in social, motor and communication skills, according to the parent surveys. All of these differences are more pronounced in the girls than the boys.

The findings suggest parents answer questions on the M-CHAT differently than on developmental surveys. The survey questions include examples and multiple-choice answers rather than just yes-or-no responses, hinting at ways to improve autism screening.

“These data can suggest other ways of asking questions, giving more examples and making it concrete,” says Lisa Shulman, director of autism clinical services at the Children’s Evaluation and Rehabilitation Center at Montefiore Hospital in New York, who was not involved in the study.

The study also indicates that doctors should not rely on a single test.

“My takeaway from the whole thing is that there’s probably more information to be had from parents at that 18-month visit regarding a child’s likelihood or risk for autism,” Shulman says.

The findings raise the possibility that assessing temperament improves the sensitivity of autism screens, says Lonnie Zwaigenbaum, professor of pediatrics at the University of Alberta in Edmonton, Canada, who was not involved in the study. What’s more, he says, “there might be different strategies for girls versus boys.”

An important next step is to assess missed children with autism for cognitive abilities, severity of their autism features or other aspects, says Carla Mazefsky, associate professor of psychiatry at the University of Pittsburgh, who was not involved in the study. That information might reveal clues to help identify the children early.

The researchers plan to analyze data collected from the children at later ages. They hope to find more differences between children who are identified as having autism and those who were missed.