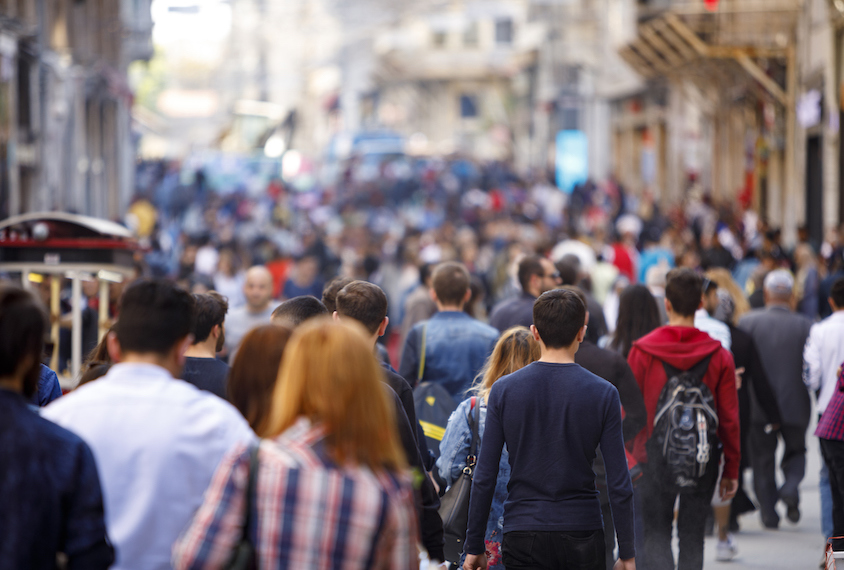 Two new studies untangle how various classes of genetic variants underpin the vast differences in traits seen among people diagnosed with autism. The studies were published yesterday in Nature Genetics.

“The fundamental question behind this is heterogeneity in autism,” says Varun Warrier, a postdoctoral researcher in Simon Baron-Cohen’s lab at the University of Cambridge in the United Kingdom and an investigator on one of the studies.

The presence and intensity of core autism traits and co-occurring conditions vary widely among autistic people. The new studies, from largely independent teams, sought to unravel how different categories of genetic variants — rare, common, inherited and spontaneous — contribute to this heterogeneity.

Though the two sets of findings conflict in some ways — potentially because of methodological differences — the papers add to the evidence that common and rare variants contribute to autism’s genetic architecture differently, says Yufeng Shen, associate professor of systems biology at Columbia University, who was not involved in either study.

“When we say different, it’s not black and white,” Shen says. “They overlap, but it seems like, qualitatively, they have different contributions.”

The researchers combed the genetic data for disruptive de novo variants and used previously calculated polygenic scores — tallies of common variants linked to a particular trait — for autism, attention-deficit/hyperactivity disorder (ADHD), schizophrenia, IQ and educational attainment. Then they looked for associations among the variants or polygenic scores and 19 behaviors central to or often associated with autism, including social difficulties, insistence on sameness and problems with motor skills.

Disruptive de novo variants, however, were not associated with core autism traits. And within a subgroup of 3,052 autistic people, the 325 carrying such mutations have a lower autism polygenic score than those without them — a trend not seen for polygenic scores for schizophrenia, educational attainment or IQ — and also tended to have co-occurring developmental disabilities. Those with high autism polygenic scores, on the other hand, have few such conditions, a “surprising” finding, Warrier says.

Autistic girls are more likely to harbor a disruptive de novo variant than autistic boys are, the team found, but the mutations occurred entirely in genes linked to developmental delay, rather than in those linked to autism.

“All this paper is saying is: Heterogeneity exists, and heterogeneity influences your genetics,” Warrier says. “We need to take that into account when studying genetics of autism, or indeed any sort of developmental condition.”

In the other study, a separate team led by Jonathan Sebat, professor of psychiatry and cellular and molecular medicine at the University of California, San Diego, analyzed a combination of whole-genome sequences, exome sequences and genotype data from 12,270 autistic people, 5,190 non-autistic siblings and 19,917 parents. The data came from a University of California, San Diego cohort, the Simons Simplex Collection and SPARK.

“For the first time, they actually calibrate the risk from rare variants and put them together with the common variants and show it’s largely additive,” Shen says.

Autistic girls and women had significantly higher rare and common variant scores than boys and men with autism, the researchers found.

In another analysis of gene-trait associations, people with a high autism polygenic score or a de novo loss-of-function mutation are more likely to have social difficulties, Sebat’s team found.

The finding conflicts with Warrier’s result showing no link between de novo mutations and core autism traits, Shen says. Warrier’s group analyzed de novo loss-of-function and missense variants together, whereas Sebat’s team analyzed them separately, which could explain the difference.

“This is an extremely important question,” Shen says, and future studies should look at individual genes or gene groups.

None of the associations between genes and traits varied strongly by sex, suggesting genetic factors act similarly on autism traits in boys and girls. (Sebat did not respond to requests for comment.)

Autistic people with disruptive de novo mutations have fewer common variants than those without such mutations, according to the analysis, though the result was not statistically significant in girls.

The researchers also defined a set of 125 genes linked to autism via rare variants and identified 114 genes strongly linked to autism via common variants in a previous large genetics study. Genes from both sets are more highly expressed across the cortex and during fetal development than a random control set of genes, according to comparisons with two brain databases. Only the rare-variant genes, however, showed higher expression — double that of controls — in excitatory and inhibitory neurons.

SPARK is expected to release a much larger dataset in the next year or two, which will “dramatically” improve the accuracy of estimations of genes’ contributions to autism, Shen says. “These are important questions, but it’s not the final answer yet.”