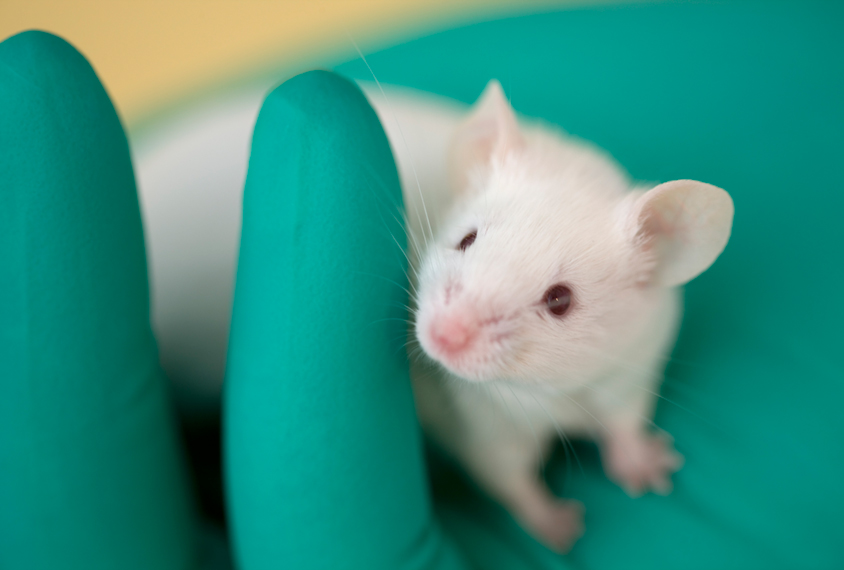 Better outcomes: Boosting expression of a sodium channel in a mouse model of Dravet syndrome lowers a mouse's chances of having a fatal seizure from 77 percent to 3 percent.

A new treatment curbs deadly seizures in a mouse model of Dravet syndrome, a severe form of epilepsy, according to a new study1. A clinical trial is evaluating the drug’s safety in children with the syndrome.

Dravet syndrome is usually caused by a mutation in one copy of the gene SCN1A. Without two working copies of the gene, people with the syndrome produce insufficient amounts of a sodium channel in the brain. This shortfall can cause seizures and sudden unexpected death from epilepsy (SUDEP)2. Some people with the syndrome also have autism and developmental delays, possibly as a result of the seizures.

The new drug, which consists of short pieces of RNA called ‘antisense’ molecules, counteracts the effects of SCN1A mutations. The molecules boost the expression of the intact copy of SCN1A, allowing cells to produce normal levels of the sodium channel the gene encodes. They do so by silencing a ‘poison exon’ in SCN1A, a sequence of DNA that ordinarily limits the gene’s expression.

In model mice of Dravet syndrome, the drug significantly decreased the frequency of SUDEP, the new work found, lowering their likelihood of having a fatal seizure during the first 90 days of life from 77 to 3 percent.

“This is a turning point in the epilepsy world,” says Scott Perry, medical director of neurology and of the Genetic Epilepsy Clinic at Cook Children’s in Fort Worth, Texas, who was not involved in the study.

Many people with Dravet syndrome rely on some combination of anti-seizure medications, cannabidiol-based treatments and special diets to try to keep their seizures under control. The new approach instead offers a way to correct the underlying problem, Perry says. As a result, it may not only decrease the number of seizures and the chance of SUDEP, but also prevent some of the behavioral, sleep and cognitive problems that can result from repeated seizures in early development.

Poison exons are present in many genes; their presence dampens a gene’s expression, which can be useful during certain periods of development3. Some autism genes, such as SYNGAP1, are known to harbor poison exons, and any condition caused by mutations in such a gene could potentially be treated by this new approach.

“It could be a huge benefit for many people with autism,” says Orrin Devinsky, director of the Comprehensive Epilepsy Center at NYU Langone Health in New York City, who was not involved in the study.

In the new study, the researchers focused on a poison exon in the SCN1A gene that they found limits SCN1A expression in people, monkeys, mice and rats. The overlap among species suggested to them that the SCN1A gene was a good target for their drug, says co-lead investigator Zhou Han, associate principal scientist at Stoke Therapeutics, a Massachusetts-based drug company.

Han and his colleagues designed 47 antisense molecules to silence the poison exon in the SCN1A gene. They tested each compound on cultures of human neural progenitor cells — stem cells capable of becoming neurons — to see which increased the production of the sodium channel. The most active compound, STK-001, had the added benefit of not affecting the expression of other sodium channel genes.

Injecting STK-001 into the brains of 2-day-old Dravet syndrome model mice made the pups four times as likely to survive their first 90 days of life as those given an injection of saline. Mice treated at 14 days of age still had a decreased chance of SUDEP, but they were only 1.3 times as likely to survive as those injected with saline. The findings were published in August in Science Translational Medicine.

The researchers also used electroencephalography to monitor the effect of the treatment on brain activity in a select group of mice at 22 to 46 days of age. Dravet syndrome model mice treated with the drug had significantly fewer seizures during that period than their saline-treated counterparts did. They were also older at the time of their first seizure than those given saline.

One of the challenges facing the clinical trial in children is that people have much larger brains than mice do, Devinksy says. Even though the drug will likely silence the poison exon in people with Dravet syndrome, it is uncertain if it will reach enough neurons to have a big enough effect.

Also, the drug was given to mice through a direct injection into the brain, but it is being administered to children in the clinical trial through a spinal tap instead. That delivery method may change how much of the brain the drug can penetrate.

It is also not clear when the drug should be administered to have the greatest impact, because correlating mouse ages with human ages is not straightforward, Isom says. The trial is currently enrolling people with Dravet syndrome from 2 to 18 years of age.

“If this therapy proves to be effective, then perhaps SCN1A can be added to the newborn screening panel,” Isom says. That could help children get appropriate treatment early in life.

The researchers point out that the treatment will not be effective for all individuals with Dravet syndrome, because the syndrome is occasionally caused by genetic mutations that do not decrease SCN1A expression. If someone has a genetic variant that produces an unusual form of the channel, rather than a shortage of it, increasing SCN1A expression could do more harm than good.