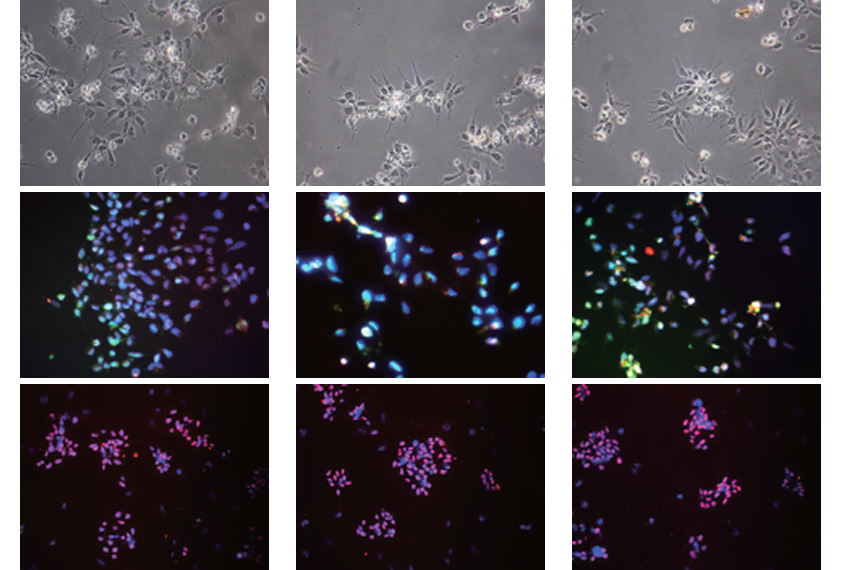 Spontaneous mutations that reconfigure DNA’s 3D shape may contribute to autism, according to a new study. The mutations occur in genetic stretches that don’t code for proteins but affect the expression of genes involved in brain development.

The findings add to mounting evidence that mutations in noncoding portions of the genome play a role in autism, says Zhaolan Zhou, professor of genetics at the University of Pennsylvania in Philadelphia, who was not involved in the study.

Much of autism research has focused on the roughly 2 percent of the genome that contains genes, which contribute to the condition in a minority of people, says Il Bin Kim, clinical assistant professor of psychiatry at Hanyang University Guri Hospital in South Korea, who co-led the study. “We thought that the key to autism cases with no known genetic cause may lie in the noncoding genome.”

Kim’s team generated whole-genome sequences from 242 Korean children with autism, as well as their unaffected parents and siblings. They then identified de novo mutations — rare genetic changes that are present in a child but not in their parents — in noncoding stretches of DNA.

In the cell’s nucleus, DNA wraps around proteins to form a 3D structure called chromatin, which may put genes and noncoding DNA in close proximity to control gene expression. So the researchers homed in on mutations that fell along the regulatory element of an adjacent gene or disrupted the interaction between a gene and a usually distant regulatory region.

In children with autism, they found 215 such mutations, which affected 363 genes. Mutations disrupting chromatin interactions affected 20 of the genes in at least two children. None of these genes have known links to autism, but some are associated with other neurodevelopmental conditions, such as intellectual disability.

The team validated their results using available DNA sequences from nearly 2,500 ‘simplex’ families, in which only one child is diagnosed with autism. (About 78 percent of the sequences came from the Simons Simplex Collection, or SSC, which is funded by the Simons Foundation, Spectrum’s parent organization.)

In autistic children from the SSC, de novo mutations disrupting chromatin interactions interfered with 291 additional target genes, many of which are linked to neurodevelopmental conditions, including autism, schizophrenia and attention-deficit/hyperactivity disorder.

The researchers also collected blood cells from two Korean children with autism and their parents, and reprogrammed them to develop into neurons. One child carried two noncoding de novo mutations that affect two target genes through chromatin interactions; the other child carried four such mutations, which affect a total of eight genes.

At the early progenitor stage, during which neurons differentiate, the autistic children’s cells showed altered expression levels of seven genes, most of which are involved in brain development. These genes may be novel candidate genes for autism, say the researchers, who published their findings last month in Molecular Psychiatry.

For a long time, the noncoding genome has been dismissed as ‘junk,’ but recent evidence shows that it may hold clues to autism. De novo mutations in stretches of noncoding DNA contribute to the condition in at least 3 percent of people on the spectrum, according to an unpublished study presented at a conference last year. Another 2021 study linked autism to three de novo mutations in noncoding regions.

“It looks like the game is on,” says Santhosh Girirajan, associate professor of genomics at Pennsylvania State University. However, Girirajan adds, past studies found little evidence that mutations in noncoding regions were more frequent in autistic children than in non-autistic ones. This discrepancy may be a result of methodological differences in the ways researchers analyze the noncoding genome, he says. What’s more, he notes, the portion of DNA that doesn’t code for proteins is still an enigma.

Mutations in noncoding regions may work together with those in genes to cause autism, acting as a second genetic ‘hit,’ Girirajan says.

Studying de novo mutations in noncoding regions of the genome is a challenge, echoes Sagiv Shifman, professor of genetics at the Hebrew University of Jerusalem in Israel. “It’s like reading a book written in a language you don’t know.” But the approach of the new study, which focuses on mutations that disrupt chromatin interactions, has proved successful. “Now we have a new way to look at de novo mutations in noncoding regions.”

The findings may also help in the clinical practice, Shifman says. Knowing that autistic people with specific combinations of de novo mutations have a lower IQ would enable clinicians to better advise families on the prognosis for their children, he says.

By looking at the genomes of people from Korea, the new study also helps to get a more complete picture of autism, Shifman says. Genetic studies on the condition have mostly relied on DNA sequences from people of European descent, making it difficult to generalize their findings. “It’s important that we look at different populations, because there could be genetic differences among ethnic groups,” he says.

Future work will have to further characterize the new autism candidate genes and how they may contribute to the condition, Zhou says. “This study is providing scientists with lots of targets to follow up on.”