Subset of autism cases linked to mutations in noncoding genome 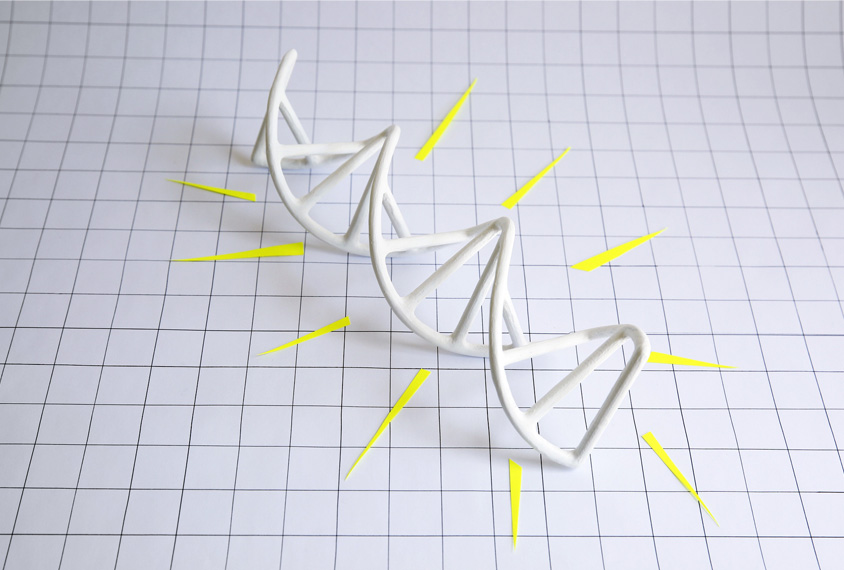 Gene-free zone: Mutations in promoters, stretches of noncoding DNA that modulate how genes are expressed, contribute to autism in some people.

Mutations in noncoding portions of the genome contribute to autism in at least 3 percent of people with the condition. The mutations affect regions that help regulate known autism-linked genes.

Researchers presented the unpublished findings today at the 2021 American Society of Human Genetics conference, which is taking place virtually for the second year in a row.

Autism is largely genetic in its origins, and it is linked to mutations in more than 100 genes within the exome, which makes up about 1 percent of the genome. But only about a quarter of autistic people have a known genetic explanation for their diagnosis.

To bridge that gap, some researchers have begun probing the other 99 percent of the genome, which doesn’t contain genes.

In the new work, the researchers examined promoters, stretches of noncoding DNA that modulate how genes are expressed. Because promoters occur in close proximity to the genes they regulate, researchers can more easily discern the effects of mutations in them, compared with other portions of the noncoding genome, says Ryan Doan, assistant professor of pediatrics at Boston Children’s Hospital in Massachusetts, who presented the work.

The ultimate goal is “to improve genetic testing for families,” Doan says. “In a promoter it will be much easier to get us to a point where we can actually return a result to a family.”

The researchers used several public databases to identify noncoding regions that are likely to regulate genes involved in brain development. They focused on so-called biallelic mutations, which occur in both the maternal and paternal copies of the regions.

Next they looked for the mutations in 662 people, including 193 with autism, from the Homozygosity Mapping Collaborative for Autism cohort, which recruits families from the Middle East, Turkey and Pakistan. The parents in the cohort have higher-than-average rates of intra-family marriage, increasing the odds of biallelic mutations among their children.

Such mutations occur more frequently in the promoter sequences of autistic people than non-autistic people, Doan and his team found. And the same result emerged when the team repeated the analysis in 21,247 people, including 5,456 autistic people, who participate in the Autism Sequencing Consortium.

Overall, these noncoding mutations contributed to autism in approximately 3 percent of autistic people, the researchers found; the mutations affect more than 20 genes strongly linked to autism.

Three people in the Autism Sequencing Consortium cohort carry noncoding mutations upstream of the FMR1 gene, mutations in which cause fragile X syndrome. One family carries a mutation near the TTI2 gene, which is linked to autism, intellectual disability and microcephaly.

That mutation suppressed nearly all TTI2 expression, Doan says, confirming that the noncoding mutations impair the nearby gene’s function.

“We’re able to link these [mutations] directly to a specific gene, and we can much more easily assess their function on a gene,” he says. “If we want to slowly broaden out from the exome, the promoter regions are going to be the next most important area for genetic contribution.”