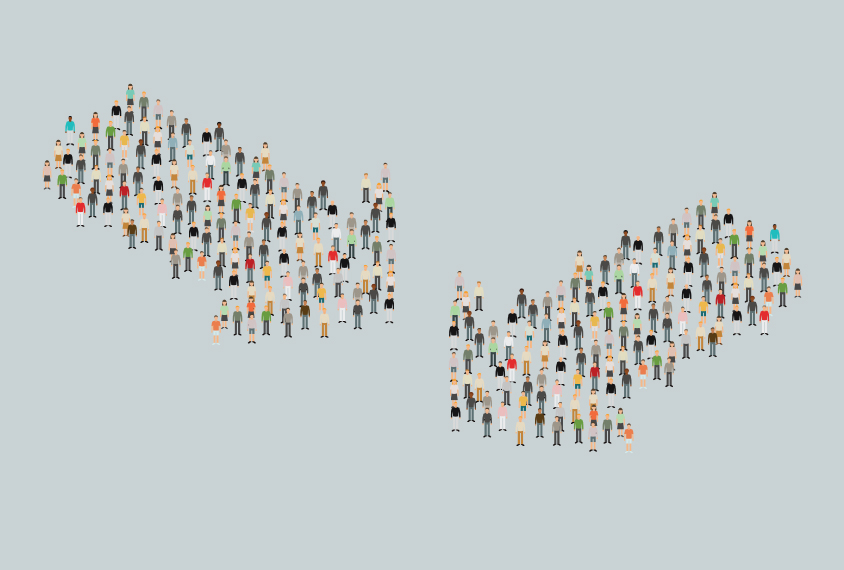 Dual approach: Integrating data from two types of studies may point to mechanisms that underlie autism.

Genes linked to autism in sequencing studies tend be located in long stretches of DNA that are duplicated or missing in some people with developmental conditions.

In many cases, more than one autism gene in the copy number variant (CNV) — the DNA segment that is duplicated or deleted — may contribute to the condition. Overall, the findings suggest that different classes of mutations linked to autism converge on the same set of genes.

Copy number variants were linked conclusively to autism more than a decade ago. Researchers then tried to pinpoint which of the genes within these regions contribute to autism — with mixed success.

In the meantime, some teams also sequenced the genes of large numbers of people with autism. These studies have yielded a list of 99 genes that are robustly tied to autism, according to results presented yesterday.

In the new work, researchers compared genes within CNVs with those the sequencing studies identified. Integrating the two sets “does indeed converge on a set of shared genes and mechanisms in neurodevelopmental disorders like autism,” says Ryan Collins, a graduate student in Michael Talkowski’s lab at Harvard University who presented the findings yesterday.

The researchers looked at 51 CNVs linked to autism or a related condition. Of these, 18 CNVs, including 16p11.2 and 22q11.2, appear in more than one person and include at least 11 genes. The smaller CNVs vary in length among individuals.

The researchers found that 11 of the 51 CNVs overlap with at least 1 of the 99 autism genes — more than twice as much overlap as would be predicted by chance. The other genes within these CNVs are also often mutated in autistic people.

“This means there are still additional genes yet to be discovered in these datasets as sample sizes increase,” Collins says.

This is the “most significant result” of the study, says Talkowski: It suggests that multiple genes mediate the effects of large, recurrent CNVs. By contrast, smaller CNVs may have the same effect as a single-gene deletion.

When the team looked for spontaneous, or noninherited, CNVs in more than 100,000 individuals with developmental conditions, they identified 178 microdeletions. Once again, these 178 genes overlap with the 99 implicated in autism significantly more often than would be expected by chance.