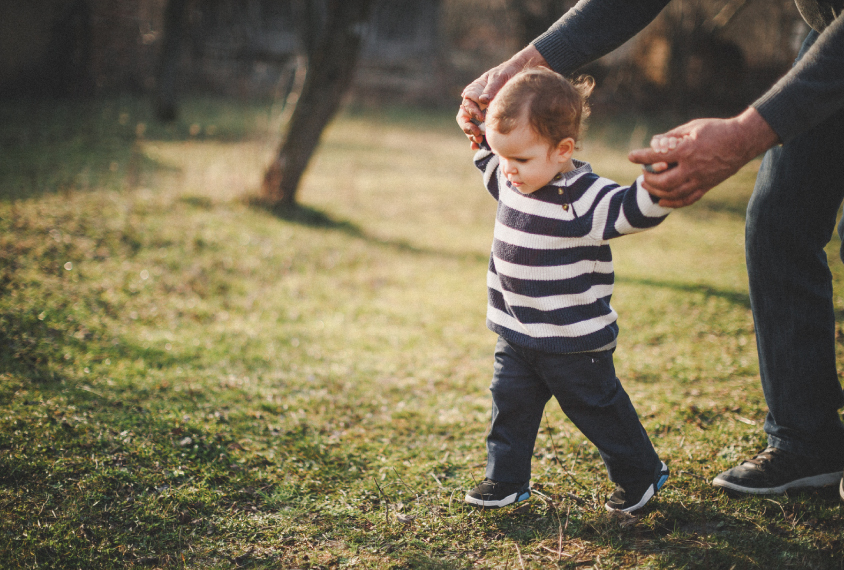 Delayed development: People with autism who have a mutation linked to intellectual disability tend to start walking late.

The largest autism sequencing study to date implicates 99 genes in the condition — but nearly half show tighter ties to intellectual disability or developmental delay than to autism.

The findings may seem discouraging but in fact offer hope, because they suggest it is possible to pin down genes involved specifically in autism, says Stephan Sanders, assistant professor of psychiatry at the University of California, San Francisco, a researcher on the study.

They looked for rare or spontaneous mutations that appear more often than expected in people with autism. This analysis yielded 99 genes; the team released this list in May at the 2018 International Society for Autism Research in Rotterdam, the Netherlands.

The researchers compared their findings with mutations in a separate group of 5,264 people who have intellectual disability or developmental delay but not autism. Data for these individuals came from published studies, including the Deciphering Developmental Disorders database.

This statistical analysis “draws a clear line” between 46 genes with a strong connection to intellectual disability and 50 with closer ties to autism, says Jack Kosmicki, a graduate student in Mark Daly’s lab at Massachusetts General Hospital who presented the findings yesterday.

Although it is still too soon to say which genes are specific to autism, the best candidates so far are CHD8, TBR1, ANK2 and PTEN, Sanders says.

Among autistic people, mutations in genes linked to intellectual disability trigger more severe effects than those associated only with autism. Autistic participants with one of these mutations first walk at nearly 18 months of age on average and have an average intelligence quotient (IQ) of 62. By contrast, those with a mutation in one of the 50 autism-linked genes first walk around 15 months of age and have an average IQ of 74.

Autistic individuals without a mutation in any of the 99 genes walk just before 14 months of age on average and have an average IQ of 82.

“We are finally able to use genetics to parse the heterogeneity of autism,” Kosmicki says.

The results are preliminary, however, others note. For example, the participants with intellectual disability may have autism but may never have been tested for it, says Brian O’Roak, associate professor of molecular and medical genetics at Oregon Health and Science University in Portland.

“Without really controlling for assessment or recruitment bias, it’s hard at this point to make strong conclusions of what might be a predominately autism versus intellectual disability risk gene,” he says.

To link the findings to biology, the researchers used a dataset called the UCSC cluster browser, which catalogs the gene-expression patterns of individual neurons at various time points in development. The 99 genes highlighted in the study tend to be expressed during mid-fetal development, which is thought to be a critical period for autism.