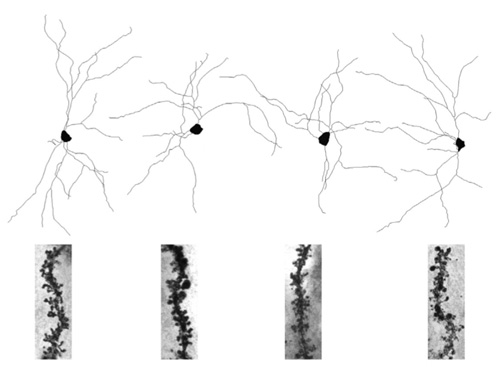 The protein missing in fragile X syndrome is necessary for mice to respond to the stimulant cocaine, according to a study published 7 May in Neuron1.

The protein, called FMRP, regulates the production of hundreds of other proteins.People with fragile X syndrome often have intellectual disability and may also show symptoms of autism, including repetitive behavior and difficulties with social interactions.

Exposure to drugs such as cocaine alters the abundance and strength of neuronal connections, or synapses, in the brain,and FMRP regulates proteins that control synapse formation and elimination.To find out whether FMRP affects drug-related behaviors, the researchers did a series of tests on mice lacking FMRP.

Mice lacking FMRP show a significantly lower preference for the sites at which they are given cocaine than controls do.This suggests that they have deficits in reward learning.In previous studies, mice have shown a preference for bedding they associate with other mice. The researchers plan to test whether eliminating FMRP in mice alters this preference.

Impaired reward circuits may explain some of the social deficits seen in fragile X syndrome, the researchers say.

Previous research has indicated that fragile X symptoms in mice are associated with elevated mGluR5, a receptor for the neurotransmitter glutamate. The researchers hypothesize that elevated or hyperactive mGluR5 may also explain altered reward learning.

In support of this theory, lowering the mGluR5 levels in these mice raises their affinity for places where they are given cocaine. The exact connection between mGluR5 and reward learning is unclear, but the researchers speculate that the receptor may dampen activation of brain regions that produce behaviors motivated by reward or that it may cause runaway protein synthesis at synapses.

Aiming to pinpoint where in the brain FMRP acts to modify cocaine response, the researchers eliminated FMRP in the nucleus accumbens,a portion of the brain associated with addiction and reward.They found that the mice lacking FMRP in this region move around less in response to cocaine than controls do.But unlike mice lacking FMRP everywhere, they favor cocaine-associated places.This suggests that FMRP exerts its influence in other parts of the brain to mediate cocaine-related reward learning.