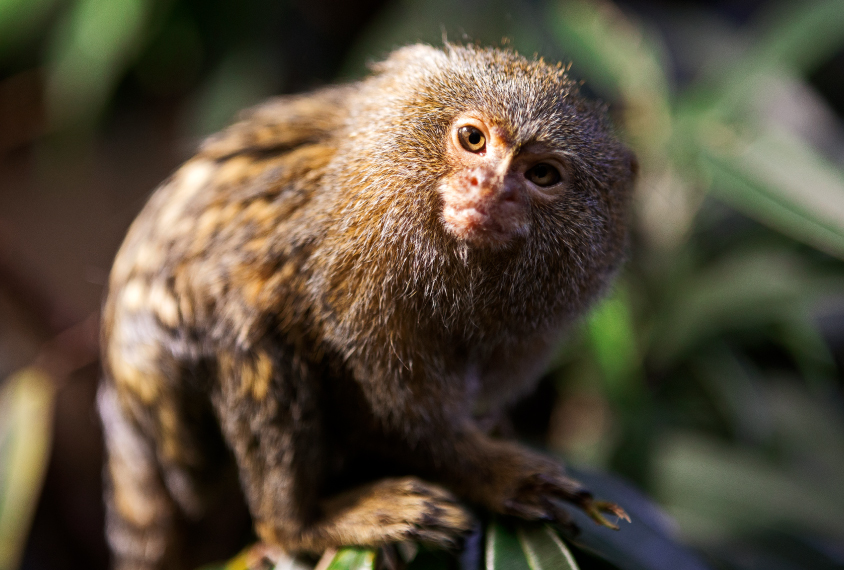 The results herald the second primate species to model the effects of maternal immune activation, one of the strongest environmental theories of autism. Researchers presented the unpublished study today at the 2019 Society for Neuroscience annual meeting in Chicago, Illinois.

Other teams have exposed rhesus macaques to mock infection in utero. Results presented yesterday at the conference suggest those monkeys have altered brain structure detectable from 6 months until at least 2 years of age, as well as subtle cognitive changes.

Marmoset models are gaining momentum for studying conditions of brain development such as autism. In the new study, researchers injected pregnant common marmosets with poly I:C, a chemical that mimics a flu infection, at a time analogous to the late first trimester of pregnancy in women. They studied five exposed babies and nine controls.

When the babies were 2, 4 and 8 weeks old, the researchers placed them alone in a room for 10 minutes and recorded their vocalizations.

At 8 weeks, the marmosets exposed to a mock infection made fewer vocalizations than controls did. Rodent models of maternal immune activation behave similarly, says Danielle Santana-Coelho, a graduate student in Jason O’Connor’s lab at UT Health San Antonio in Texas, who presented the work.

At 14 weeks, the exposed marmosets showed no preference for their sibling over a toy; control marmosets prefer to interact with a sibling. The researchers plan to see if the pattern holds true at 9 months, or monkey adolescence.

They also plan more social analyses: Marmosets live in family groups consisting of a male and a female, usually twin babies, and at least one set of older siblings. “There are so many things to look at,” Santana-Coelho says.

The new results in macaques are part of an ongoing four-year study. Researchers looked at 14 macaques exposed to mock infection in utero and 14 controls that were at least 3 years old.

Previous studies have shown that exposed macaques show repetitive behaviors and social differences in the first two years of life, and have brain-wide inflammation and abnormally shaped neurons at age 4.

The exposed babies in the new study showed few behavioral differences from controls in the first 6 months of life. However, brain scans taken at 6, 12 and 24 months of age revealed that they have less neuronal matter than controls do in certain brain regions.

“Even though there are no major behavioral differences at these early time points, the brains are beginning to differ,” Amy Ryan, a postdoctoral researcher in Melissa Bauman’s lab at the University of California, Davis, said while presenting the work.

When the monkeys were 20 months old, the researchers trained them to find a treat under either a black or white cube. They then hid the treat under a cube of the opposite color and tracked how long it took the monkeys to figure out the new rule.

The very first day after the switch, some of the exposed monkeys did something puzzling: After a few wrong picks, they gave up. But they resumed their search the following day, proving just as adept in the end at navigating rule changes as the controls.

It’s not clear whether the monkeys’ initial behavior reflects a lack of motivation to find the treat. The researchers are trying to address this and other questions about the animals’ cognitive function.

The macaque and marmoset studies are difficult to compare because they measured different behaviors, Ryan told Spectrum. But both teams see differences between exposed animals and controls, she notes. “This effect of maternal immune activation may be one that can impact brain development in multiple primate species,” she says.

Santana-Coelho’s team has not conducted cognitive tests in the marmosets, but she is intrigued by the treat-cube routine used in the macaque study. “It’s a simple test and the animals definitely love treats,” Santana-Coelho says. “They love marshmallows.”

A previous version of this article incorrectly identified Danielle Santana-Coelho as a postdoctoral researcher in Jason O’Connor’s lab; she is a graduate student.