Increase in intelligence scores may not alter autism traits 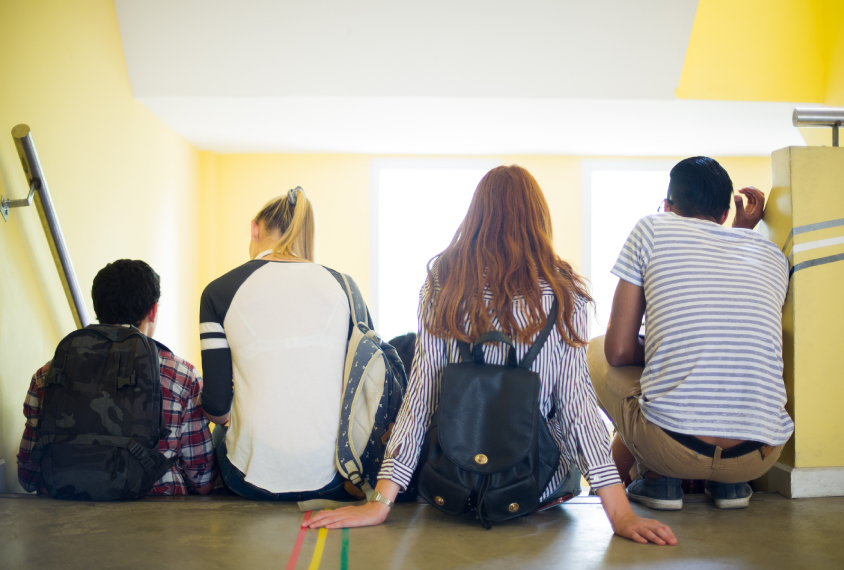 Peer pressure: Autistic students in mainstream schools may camouflage their traits in an attempt to fit in with other students.

People with autism show significant improvements in cognitive ability from age 12 to 23 years, but their autism traits remain stable over this time, according to a new study1. The study, which tracked young autistic people in London, England, also suggests that autistic adolescents who attend mainstream schools have better social skills at age 23 than those who attend specialized schools.

The study did not address why the type of school affects social skills, but previous work has shown that being in a mainstream classroom is associated with improved academic performance, regardless of intelligence quotient (IQ).

Mainstream schools may give students with autism a richer social environment in which to learn to adapt to the challenges of living in a neurotypical world, says Emily Simonoff, professor of child and adolescent psychiatry at King’s College London. Or it may be that autistic students at mainstream schools are camouflaging their traits in an attempt to fit in with other students.

“Of course, these are not mutually exclusive — both could be happening and contributing to the difference,” Simonoff says.

The team followed 158 autistic adolescents enrolled in the Special Needs and Autism Project. They assessed the participants’ IQs at ages 12, 16 and 23 years and asked the parents to rate their children’s autism traits using the Social Responsiveness Scale; 126 of the participants or their parents completed the final assessment at age 23.

“That’s impressive in terms of retention over this time window,” says Emily Jones, professor of brain and cognitive development at Birkbeck, University of London, who was not involved in the study. “It’s not massive, but it’s big compared to other longitudinal studies out there.”

Tests of intelligence adjust for age, so intelligence quotients are generally expected to remain stable throughout a person’s lifetime. But the participants’ IQs increased with age even as their autism traits remained stable, the researchers found.

The 35 participants whose parents reported a regression in language skills early in childhood showed the largest increase in IQ, gaining about 13 IQ points on average, compared with about 7 in the whole group. The work appeared in December in the Journal of the American Academy of Child & Adolescent Psychiatry.

“The most plausible explanation to me is that children who regress are those whose otherwise underlying trajectory was one of normal-high development in terms of cognition,” she says. “Then something happened to perturb this trajectory — and also to cause autism.” Then throughout adolescence, she says, these participants gradually returned to their earlier developmental trajectory.

In this way, she says, early regression may mark a unique autism trajectory, distinct from those of children with slower but steadier cognitive development.

A growing number of researchers reject the idea that regression marks a subgroup of autistic children, saying instead that the onset of autism traits simply looks different in each child.

Some researchers offer another explanation for the study participants’ seeming increase in cognitive ability.

“There are social factors involved in IQ testing, and younger autistic children may not have learned yet what it is that the tester wants them to do,” says Uta Frith, emeritus professor of cognitive development at University College London, who was not involved in the work.

Early regression “may have led to lower IQ estimates at first wave testing in this subgroup.”