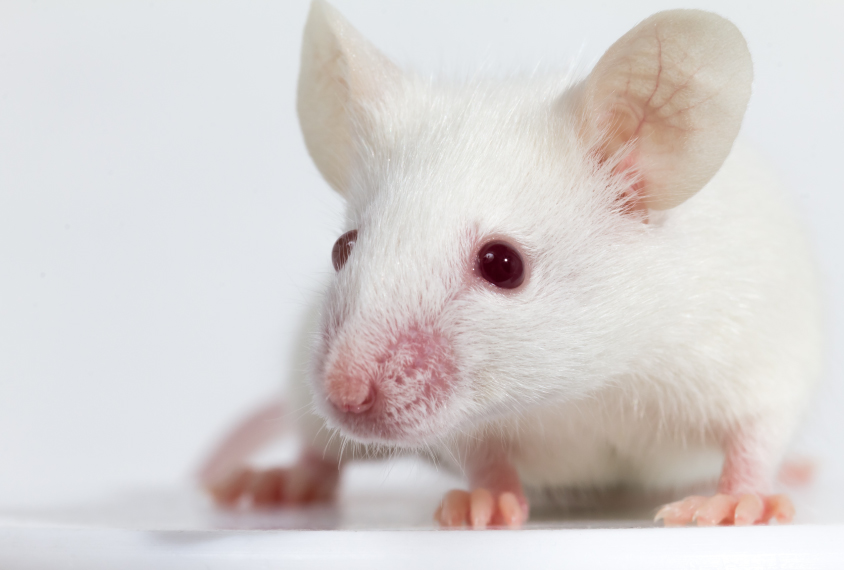 Tough pups: Female mice are less vulnerable to environmental insults during development than are males.

Fetal female mice can withstand a maternal antibody that triggers brain abnormalities and autism-like behaviors in males. But when a second immune molecule is added to the mix, females, too, start to show problems.

The findings are consistent with the idea that females are more resilient than males to environmental insults during brain development — and may help explain why boys are more vulnerable to autism than girls are. (Four boys are diagnosed with autism for every one girl.)

“We think that a second hit of inflammation in pregnancy sort of pushes it for females,” says Ciara Bagnall-Moreau, a postdoctoral fellow in Lior Brimberg’s lab at the Feinstein Institute for Medical Research in Manhasset, New York.

Bagnall-Moreau presented the unpublished findings today at the 2019 Society for Neuroscience annual meeting in Chicago, Illinois.

Mounting evidence links immune factors in women to increased odds of autism in their children. In previous work, Bagnall-Moreau’s colleagues found that about 10 percent of women who have an autistic child have antibodies in their blood that attack brain proteins. One of these proteins, CASPR2, is encoded by the autism gene CNTNAP2. The women themselves are protected from these antibodies, thanks to the blood-brain barrier, but the antibodies can cross the placenta and reach the fetal brain.

In a 2016 study, the team injected pregnant mice with CASPR2 antibodies isolated from the blood of women. Male pups in the litter showed alterations in their brain structure, such as a thin cortex. The pups were also uninterested in new mice and engaged in repetitive behaviors — grooming and burying marbles excessively.

The female pups’ brains and behavior seemed to be unaffected, even though daughters of women who have CASPR2 antibodies seem to have higher odds of an autism diagnosis.

In the new work, the team explored whether additional immune factors have an effect.

This time they injected mice harboring CASPR2 antibodies with the immune molecule interleukin-6, which mimics a maternal immune reaction to infection.

About one in three of the female pups showed severe malformations in their brains, the researchers found.

“You see protrusions in the cortex, a sort of dipping in and mixing of the cortical layers,” Bagnall-Moreau says. “We thought: ‘Is this because of handling? Did we puncture the brains with the forceps when we picked them up?’”

The findings have prompted the researchers to investigate the female mice further.

“This is something that really shocked us,” says Bagnall-Moreau. “It shows that in the female group, where we didn’t have behaviors that suggested there’s a problem, we may have to look further.”

Her team plans to explore which parts of the brain are affected, and whether more sensitive tests can pick up on autistic-like behaviors in the female pups.