Maternal anti-brain antibodies may play a role in autism

Peter Gregersen
Sign up for Spectrum's newsletters
Thanks for subscribing! 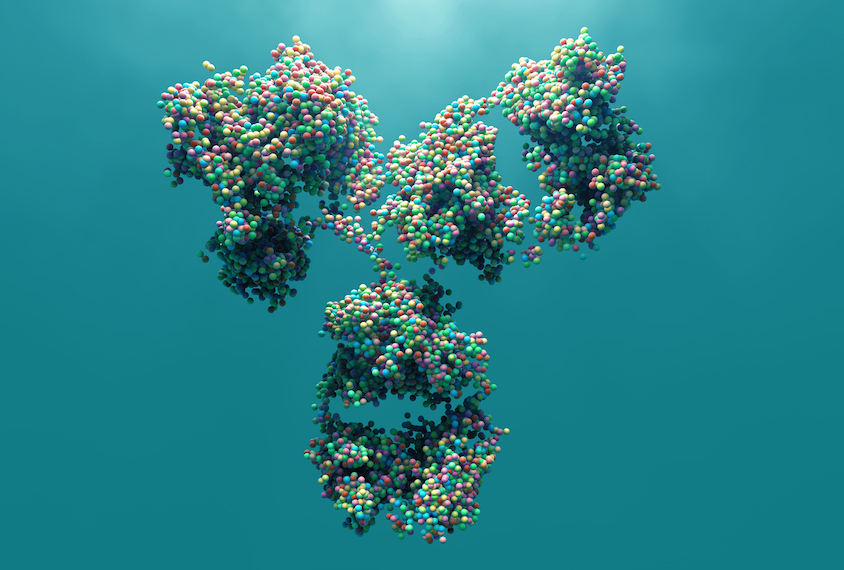 Self destruction: Antibodies carried in the blood of mothers of children with autism, but not those of mothers of typically developing children attack proteins in mouse brains.

The possibility that autoimmune mechanisms are a contributing factor in autism spectrum disorders has been entertained for decades, ever since early studies suggested that individuals with autism have a family history of autoimmune disease1,2.

Much of the early data were acquired from a fairly small number of individuals with autism. However, a 2009 Danish study examined autoimmune disorders in more than 600,000 children born between 1993 and 2004, and found an association between autism and both rheumatoid arthritis and celiac disease1. In fact, the study concluded that the risk of autism more than doubles for children who have a mother with one of these disorders.

The presence of autoantibodies, which are immune proteins that mistakenly attack the body’s own cells, in both diseases raises the possibility of a relationship between maternal autoantibodies and autism. In this model, maternal autoantibodies cross the placenta and enter the fetal brain, leading to alterations in its development. A variety of data published in the past few years provide evidence that such a model is biologically plausible.

The passage of maternal antibodies across the placenta is a well-known mechanism for fetal immune protection. Maternal antibodies reach all fetal tissues, even the brain. In adults, the entry of circulating soluble molecules and cells into brain tissue is limited by the blood-brain barrier, but in recent years it has become increasingly clear that the brain is less of an immune-privileged organ than it was previously considered to be.

In the fetus, the blood-brain barrier is not fully formed, making the developing brain vulnerable to blood-borne substances. In fact, acquired changes or genetic impairments in cognition and behavior have been shown to be a consequence of circulating brain-specific antibodies that can alter function if they gain access to brain tissue3.

The children of individuals with systemic lupus erythematosus (SLE) provide compelling data supporting this hypothesis. Congenital heart block, a type of arrhythmia, and skin rash are clearly transmissible to children by autoantibodies that are commonly present in women who have SLE.

The children of women with SLE also have a high incidence of learning disorders4. This effect has been linked to autoantibodies in mice, but not in humans, however. Intriguingly, many anti-DNA antibodies that are characteristic of SLE cross-react with the N-methyl-D-aspartate receptor (NMDAR), which is involved in learning and memory5.

We have shown that pregnant female mice harboring DNA- and NMDAR-specific antibodies have pups with abnormal fetal brain development. When the pups are born, their reflexes don’t develop as quickly as those of controls and, as adults, they have selected impairments in cognitive tasks6.

Several investigators have identified the presence of antibodies that bind to human fetal brain tissue in a subset of women who have children with autism7,8. When researchers gave these antibodies to pregnant mice and monkeys, they caused abnormal behavior in their offspring9.

In a 2003 study, researchers gave serum with anti-brain antibodies from mothers of children with autism to pregnant mice. The offspring had deficits in social behavior and motor skills, as well as cerebellar abnormalities10.

In a subsequent study, pregnant mice were given immunoglobulin antibodies isolated from the blood of mothers of children with autism. In this case, the offspring were more anxious during adolescence, had alterations in sociability and were more sensitive to noise than controls were11.

The results from these studies suggest that maternal antibodies targeting the brain can affect brain development in their offspring, resulting in altered cognition, behavior and motor skills.

By studying families in the Simons Simplex Collection (SSC), we have confirmed that mothers of children with autism are five times more likely to have anti-brain antibodies than are members of a control group consisting of healthy women of childbearing age. The SSC is a database of genetic and clinical information from families that have one child with autism, and unaffected parents and siblings, funded by SFARI.org’s parent organization.

Confirming an immune mechanism for some proportion of autism cases may help identify at-risk pregnancies, by allowing pregnant women or women planning to become pregnant to be screened for harmful anti-brain antibodies. It could eventually lead to the development of drugs that block these antibodies, thereby preventing autism from developing in vulnerable children.

These observations suggest that genetic studies in autism should be integrated with investigations into environmental exposures, including the maternal immune repertoire, in order to fully understand the genetic susceptibility of autism. Studying the targets of harmful anti-brain antibodies may also provide insights into disease mechanisms and pathways — which is a top priority for our future studies.