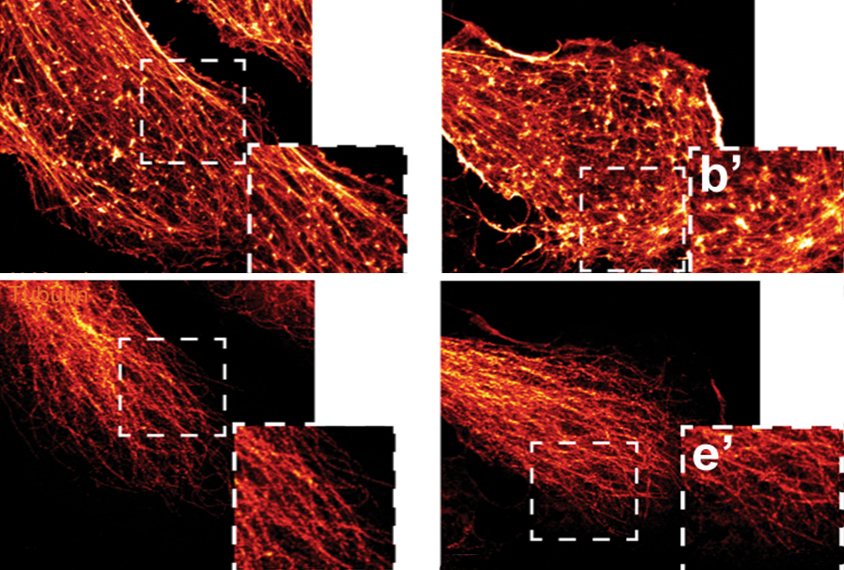 Mutations in CUL3, a leading autism gene, may disrupt the movements of neurons during development and interrupt the precise assembly of the brain, a new study suggests.

Correcting this misdirection could lead to a therapy for autism in people with CUL3 mutations, the researchers say.

Mutations that knock CUL3 out of commission are linked not only with autism, but also with varying levels of intellectual disability, movement problems, attention deficit hyperactivity disorder, epilepsy and sleep disturbances. Scientists have thoroughly explored how the protein that CUL3 encodes helps tag and break down other, expendable proteins in cells, but much remains unknown about its role in the developing brain.

For the new work, researchers made mice that have only one functioning CUL3 gene instead of the usual two. These mice have movement problems, diminished sociability and poor memory — traits reminiscent of those in people with CUL3 mutations.

The team also engineered mice in which they could knock out one copy of CUL3 by giving the rodents the cancer drug tamoxifen. Turning off CUL3 in 30-day-old juvenile mice had little effect, which suggests that CUL3 mutations contribute to autism-like behaviors during brain development, the researchers say.

Identifying this window “is critical to consider for future critical trials,” says lead investigator Gaia Novarino, professor of neuroscience at the Institute of Science and Technology in Klosterneuburg, Austria.

CUL3 activity in the embryonic mouse brain peaks at 14.5 to 16.5 days of gestation, Novarino’s team found. The activity pattern matched that of human brain development: It was highest in the cortex, the seat of higher mental functions, and the hippocampus, a brain area linked with memory, as well as in certain neurons that can either excite or dampen brain activity.

During this peak period, migrating neurons in the CUL3 mutant mice travel more slowly and for shorter distances than normal, the researchers found. And cells in the cortex display abnormal layering — for instance, the upper and lower layers of cells are unusually thin. The findings were published in May in Nature Communications.

The animals’ brains have abnormal levels of proteins involved not only with nervous system development and cell migration, but also with helping cells keep their shape. Previous research suggested autism-linked mutations in CUL3 may alter brain structure by disrupting these ‘cytoskeleton’ proteins.

One such protein in particular, PLS3, is consistently elevated in the CUL3 mutant mice, the scientists discovered. Experiments with lab-grown immature brain cells revealed that this protein plays a major and previously unrecognized role in the migration of neurons — the higher its levels, the slower these cells move. The cells also have disorderly cytoskeletons, likely explaining their migration problems.

“Disorders that have such diverse manifestations as autism are especially challenging to explain with a single gene,” says Asya Rolls, associate professor of neuroscience and immunology at the Technion-Israel Institute of Technology in Haifa, who was not involved in the work. “This study makes sense of many features of this disorder by identifying a new player in neuronal migration.”

Using the gene-editing technique CRISPR to boost CUL3 gene activity in CUL3 mutant mice restored typical PLS3 levels and neuronal migration patterns, the researchers discovered. However, targeting CUL3 and PLS3 might prove difficult in people, as any potential therapies based on this strategy would have to work early in human development, Novarino says.

Potential therapies that seek to reactivate genes need further development before they can be considered viable. Still, “the genetic therapies field is evolving at a fast pace, so the future could hold promise,” says Karun Singh, associate professor of medicine at the University of Toronto in Canada, who did not take part in the research.