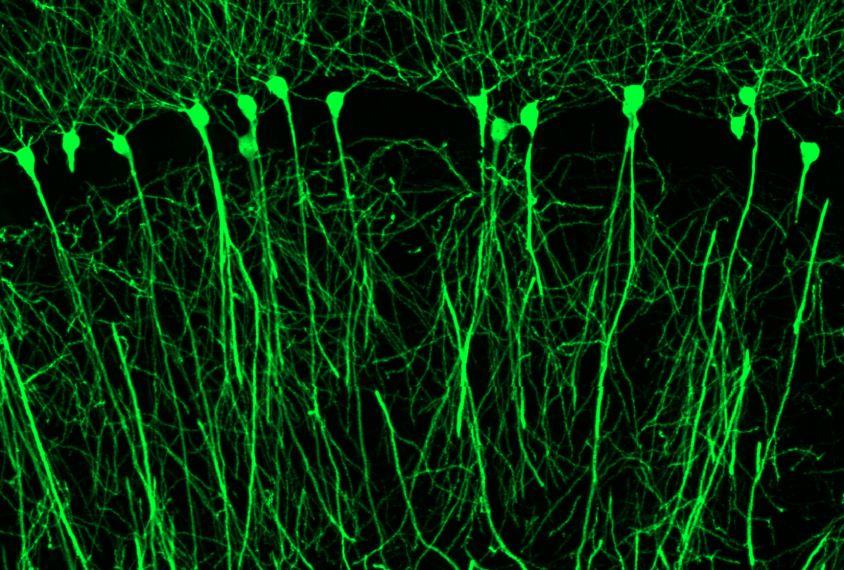 A shortage of CUL3, a leading autism gene, impairs social behavior in mice by ramping up protein production in neurons, a new study suggests1.

CUL3 helps tag superfluous proteins for destruction. Several studies have tied rare, spontaneous variants in the gene to autism. But little is known about how the variants lead to the condition.

The new study shows that deleting a copy of CUL3 impairs communication between neurons and alters brain development. These problems seem to arise because certain proteins are no longer degraded properly, causing them to accumulate.

One of these proteins activates the machinery that makes proteins, exacerbating the problem. The results were published in November in Neuron.

The findings align with the theory that excess protein production at neuronal connections, or synapses, underlies many forms of autism.

However, the mechanisms in the new work differ from those reported in August by another team studying a different set of CUL3 mutants2. That team tied the loss of CUL3 to an increase in a protein that controls gene expression.

“It would be important to dig into the convergences and divergences between these two studies,” says Silvia De Rubeis, assistant professor of psychiatry at the Icahn School of Medicine at Mount Sinai in New York City, who was not involved in either study.

Mei’s team made mice that lack one or both copies of the gene in their neurons and star-shaped cells called astrocytes.

Mice that lack both copies die young and have unusually small brains, suggesting that the gene is crucial for brain development.

Those missing only one copy of the gene have a normal lifespan and brain size. These mice tend to avoid spending time with other mice. They are also anxious, preferring to stick to the perimeter of an open chamber and rarely crossing through the center.

Brain slices from the hippocampus, a brain area important for learning and memory, show that the mice have an unusually high density of dendritic spines — tiny nubs that receive signals from other neurons. A mouse model of fragile X syndrome, a condition related to autism, shows a similar surplus in these structures.

Neurons in the hippocampus of the CUL3 mice are also overly excitable, resulting in a signaling imbalance, which is often associated with autism.

The mice show elevated levels of several proteins, including one called EIF4G1, which controls protein production — and so worsens the protein buildup. Blocking EIF4G1 with an experimental drug injected into the brain eases the mice’s social difficulties.

The researchers also found evidence that a subset of cells called pyramidal neurons are responsible for many of the features caused by CUL3 deficiency.

The mice in the August study also show social problems, but they lack a copy of CUL3 only from excitatory neurons in the cerebral cortex, the brain’s outer layer. The mice’s social problems seem to stem from an accumulation of a protein called SMYD3, which controls gene expression, rather than from EIF4G1.

The differences have stumped researchers.

“I don’t know why the results are different,” says Zhen Yan, professor of physiology and biophysics at the State University of New York at Buffalo; Yan led the August study but was not involved in the new work. “CUL3 probably has different functions in different brain areas and cell types.”

Mice in both studies lack a copy of CUL3 only in the brain, whereas autistic people would lack a copy in all cells of the body.

“While these models are great to investigate the brain-specific impact of CUL3 deficiency, they do not accurately recapitulate the genetics of individuals with CUL3 mutations,” De Rubeis says.

A third team has made mice that carry a CUL3 mutation identified in an autistic person. Their unpublished results suggest that CUL3’s loss decreases brain size and neuronal firing, says the team’s leader, Lilia Iakoucheva. The results link changes in the mice’s brain and behavior to an increase in a protein called RhoA, which regulates the structural skeleton of cells.