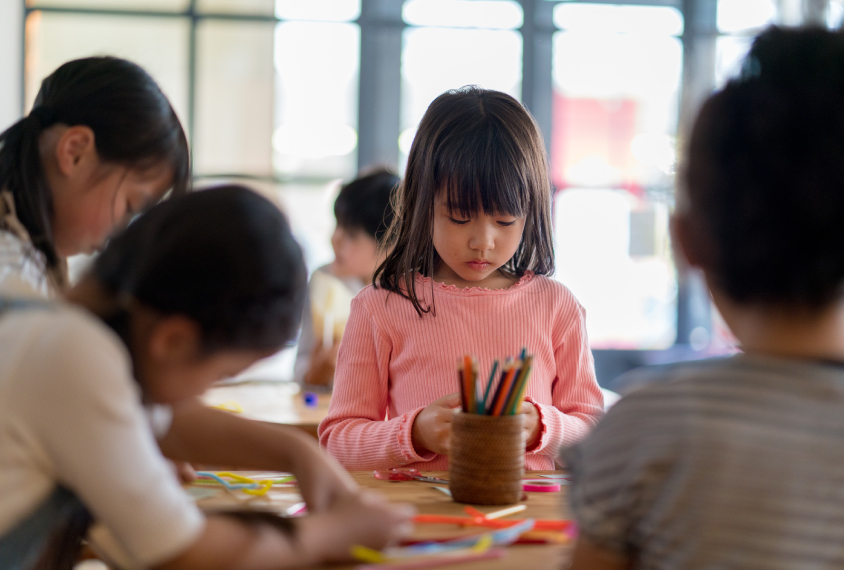 Autism trait severity decreases from age 3 to 6 in most autistic children, but that progress then stalls for nearly three-quarters of them, according to a new long-term study.

The findings suggest that age 6 — when elementary school usually begins — is a key turning point for autistic children, when families, clinics, schools and communities can provide extra support.

“We can think about making sure these turning points turn out positively instead of negatively for kids,” says lead investigator Stelios Georgiades, associate professor of psychiatry and behavioral neurosciences at McMaster University in Hamilton, Canada.

The results jibe with a 2020 study showing that autism traits are not stable in young children with autism. But they run counter to the long-standing idea that these traits don’t typically ease with time.

“Most children with autism do show some improvement, in contrast with a lot of the literature,” says David Amaral, professor of medical psychiatry at the University of California, Davis, who led the 2020 study but was not involved in the new work. “Change in the severity of symptoms over time is more likely than ever thought before.”

Georgiades and his colleagues analyzed data from 187 children with autism enrolled in the Pathways in ASD study, a long-term project tracking the development of autistic children. They measured autism trait severity when the children were diagnosed — at 41 months of age, on average — and again at about ages 4, 6 and 10.

The children fell into two groups based on how their traits changed over that period.

About 73 percent of the children showed a slight decrease in trait severity up to age 6, and no further change past that point. The remaining 27 percent showed a more marked decline at first and continued to decrease after that, albeit at a slower rate.

The children in the continuously improving group started out with slightly less severe traits than children in the other group and performed marginally better on tests of cognition, language and daily-living skills.

“They didn’t start off all that different from children in the other group, but the discrepancies between the groups increased over time,” Georgiades says. “What that tells me is that at diagnosis, we may have a window of opportunity to ensure that all children develop in a positive way, and that family, clinical and community services should help make sure that improvement doesn’t stop or plateau or regress.”

The study is the first to reveal this specific turning point, Georgiades and his colleagues say. The work was published in March in the Journal of Autism and Developmental Disorders.

“I think their idea of turning points is really important — as someone who tries to do trajectory analysis myself, I look forward to trying to figure out how to find them with our own studies,” says Cathy Lord, professor of psychiatry at the University of California, Los Angeles.

The reasons for the turning point remain uncertain, other experts note.

“We know that the social environment of school can be a challenge for many young children with autism,” says Tony Charman, professor of clinical child psychology at King’s College London in the United Kingdom. “But from the work presented, which has no school-based data about the cohort, it is hard to draw any definitive conclusions about whether school entry itself — and if so, what factors — are contributing to the change in trajectory.”

Brain development might also help to account for the turning point. It differs between autistic children whose traits wane over time and those whose traits do not, according to a 2020 brain imaging study by Amaral and his colleagues.

About 85 percent of the children in the new study are boys, so it’s unclear whether the turning point also applies to autistic girls, Amaral says. But his team’s previous work suggests that the severity of girls’ traits decreases more over time than that of boys’ traits.

“There is the question of whether or not this decrease in the severity of symptoms we see in girls is real, or whether they are better able to mask or hide their symptoms,” says Einat Waizbard-Bartov‬, a graduate student in Amaral’s lab who was not involved in the new work. “There are many different types of mental-health costs from such camouflaging or compensation, such as anxiety, depression and burnout, so that is something we want to be mindful of.”

Georgiades and his colleagues have launched a new initiative, the Pediatric Autism Research Cohort project, to analyze how clinical services and other forms of support might alter the developmental trajectories of autistic children, he says. “We also plan to regularly share our research data with families, who can share it with clinical teams and school teams and community teams to have conversations of how to adapt and refine care going forward.”