Solving the complex causes of a multi-hit disorder 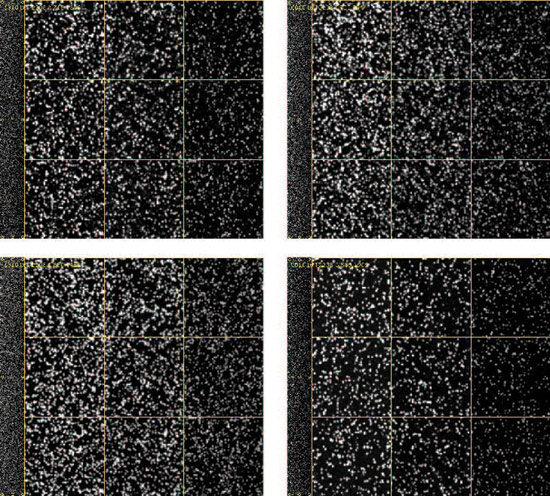 Autism is not like Huntington’s disease, in which mutations in one gene account for 99 percent of cases. Autism is not even like deafness, in which approximately 70 percent of cases are the result of mutations in 50 or so genes. Instead, available data provide support for what we have begun to call the ‘snowflake’ hypothesis: that the molecular underpinnings of disease are essentially unique from individual to individual.

The genetic heterogeneity of autism has not always been so clear. There was a time when this was merely a hypothesis that required testing. A critical step forward was the development of precise metrics to accurately diagnose enough individuals on the spectrum to allow researchers to build genetic models and identify genes1,2.

The work that followed suggests that at the genetic level there is substantial genetic variety, or heterogeneity, within the autism spectrum. As a consequence, new research suggests that careful diagnosis of autism-like behaviors may no longer be necessary for genetic studies, and that clever use of Internet-based parental reports may be sufficient3.

At the same time, a growing list of mutations appear to play an important, if not causal, role in autism4. Mutations in two families of proteins — neuroligins and neurexins — that function at the synapse, the junction between neurons, are particularly compelling.

Of particular interest to us is the neurexin family member contactin associated protein-like 2, or CNTNAP2. Rare5 and common variants6,7 in CNTNAP2 have both been shown to play a role in autism. Common variants in CNTNAP2 also appear to subtly influence language performance in affected individuals and in the general population, perhaps through alterations of brain connectivity8.

Reality, however, argues against the utility of simple models. Mutations in neuroligins are more likely to cause intellectual disability than autism9. Similarly, only an estimated 70 percent of individuals with mutations in both copies of CNTNAP2 qualify for a pervasive developmental disorder diagnosis — a broad category that includes autism. The rest are generally diagnosed with intellectual disability or seizures5. This is a common theme within the autism spectrum — that specific mutations can lead to a range of outcomes.

At the mechanistic level, this lack of specificity is probably the result of interactions among multiple ‘hits.’ For example, common variation in the serotonin transporter gene is associated with aggression and repetitive behavior in individuals with fragile X syndrome10. Similarly, although clearly not a cause of autism, the portion of the Y chromosome necessary for male development appears to interact with separate factors to increase risk of the disorder four- to ten-fold.

Diverse environmental exposures — including rubella, valproic acid and parental age — are likewise known risk factors for autism. A combination of rare variants is also likely to contribute to outcomes in some cases. Taken together, the range of possible scenarios for the cause of disease in any single individual becomes large.

Given this range of outcomes, it seems unlikely that anyone will identify variants that are truly autism-specific. This lack of specificity is not necessarily bad, however. The evidence for genetic overlap in autism, intellectual disability, epilepsy and schizophrenia is propelling discovery in each field.

This overlap also suggests that new behavioral or pharmaceutical interventions could improve outcomes for a variety of disorders. For example, lamotrigine, an anti-seizure drug, treats both epilepsy and bipolar disorder effectively. Thus, if clinicians could predict autism with some certainty very early in life, antipsychotic or antiepileptic therapies might be protective.

Towards modulatory factors that may influence outcomes, we are sequencing the parts of the genome that code for genes in individuals with rare ‘first hits.’ We hope that this approach will help to identify additional contributory variants. Each of us probably has rare variants in a large number of genes more or less randomly distributed throughout our genomes. But multiple variants in a single pathway, whether rare or common, could help to explain what makes some individuals present with autism but spares others.

We also believe that an understanding of autism-related pathways — the mechanisms by which established risk variants operate — is essential. We are actively pursuing this work and hope our efforts will be useful in the clarification of functional pathways in cells, model systems and in people.

These sorts of approaches may also help drive genetic studies, providing convergent evidence for the involvement of genes in the disorder even if statistical effects alone are only modest. Overall, a detailed understanding of how the products of individual genes function together in the cell is enormously important in the quest for new knowledge.

Brett Abrahams is assistant professor of genetics at the Albert Einstein College of Medicine in New York. Galyna Sidyelyeva is a postdoctoral fellow in his lab.