Why we need screens for depression in people with autism 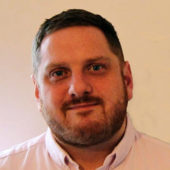 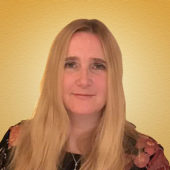 Spectrum’s house style is to refer to ‘people with autism’ rather than ‘autistic people.’ But we made an exception in this instance because of the authors’ preference.

Depression is more common among autistic people than it is among the general population, based on both clinical experience and research evidence. Some researchers argue that it is actually the most common mental-health condition in autistic people.

Yet it isn’t clear how common it is: Reported rates of depression in autism vary widely. And there’s growing evidence that depression is significantly underdiagnosed in this group. For example, in one study, 43 percent of 70 autistic boys between 8 and 18 years old met the criteria for major depressive disorder, yet none had previously been diagnosed1.

Detecting depression is critical. The mood disorder can have devastating consequences on quality of life, and it increases the risk of suicidal thoughts and behaviors in autistic adults2,3.

Why is depression in autism overlooked? Because the tools that researchers use to diagnose it cannot capture its unique presentation in this group. There is a critical need for tools for diagnosing depression that have been validated for use in autistic people.

When screening for depression, clinicians typically use clinical interviews or questionnaires validated in the general population. The tools reflect criteria outlined in manuals such as the “Diagnostic and Statistical Manual of Mental Disorders” (DSM-5) or the “International Classification of Diseases” (ICD-10).

However, growing evidence indicates that mental-health difficulties such as anxiety and depression may take a different form in autistic people than they do in other people. Indeed, a number of researchers have questioned the practice of evaluating autistic children using standard mental-health assessments4,5.

Scientists rarely establish whether depression tools work in autistic people before using them. Last year, our team looked at rates of depression in children and adults on the spectrum reported in 19 research papers. Estimates from these studies varied widely, ranging from 1 to 47 percent6.

All of the studies used general mental-health instruments featuring a depression subscale rather than comprehensive depression-specific tools. Only three of the studies included any information about the suitability of their measure for autistic people.

Earlier this year, we reviewed tools used in 12 studies to assess depression in autistic adults7. None of the tools had been developed for this population. In only one study did researchers examine the reliability and validity of a tool for this group; they found weak evidence to support the use of the Beck Depression Inventory-II in an autism sample.

This gap in knowledge is worrisome. Traits associated with autism may overlap with some depression symptoms, making true signs of depression tricky to detect in this group. For example, social withdrawal, difficulties with sleep, a flat affect and lack of eye contact are associated with both depression and autism.

In addition, depression may have signs that are specific to autism. Autistic adults have reported that their low moods are often accompanied by increased or decreased responses to sounds and other sensory stimuli, or by a change in repetitive behaviors. Traditional depression measures would not pick up on these signs. As a result, depression may be poorly recognized at the individual level and underestimated at the group level.

We propose that researchers work toward establishing a clear picture of the ways in which depression presents in autistic people. This might involve the use of statistical methods and direct consultations to explore how well the items in existing depression measures work in autistic people.

We and our collaborators — including people on the spectrum — are developing bespoke depression-screening questionnaires for autistic people across the lifespan. It is important to include the experiences of all autistic people in this process, including those who are minimally verbal.

We hope these questionnaires will alert healthcare professionals to the importance of depression screening, but many scientific questions remain. We don’t know why autistic individuals are especially vulnerable to depression. We don’t know exactly how depression manifests in this group, or how those characteristics might affect its identification and treatment.

Sam Brice is clinical research associate at the Institute of Neuroscience at Newcastle University in the United Kingdom. Jacqui Rodgers is senior lecturer in clinical psychology at the institute.