The case for brain donation 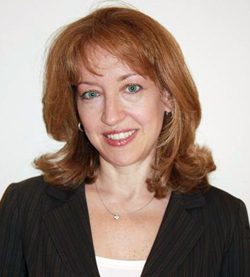 Last month, a freezer malfunction at the Harvard Brain Bank damaged about one-third of the brain samples in the Autism Tissue Program. As the parent of a child with autism, my first thought was of the families who had made the life-affirming decision to donate those samples, and the sense of loss they must have felt.

Brain tissue is a critical component of research because autism is a brain-based disorder. We can’t take samples from live brains, and so rely on postmortem donations.

Donating brain tissue from a family member with autism is perhaps one of the greatest gifts a family can give to other families raising children with the disorder. Discoveries made using brain tissue have had a huge impact on our understanding of the causes of autism, and may help us develop new treatments that can help individuals with autism lead happier, more fulfilling lives.

For example, Eric Courchesne, professor of neuroscience at the University of California, San Diego, used brain tissue to show that children with autism have different underlying brain structures compared with typically developing children, including an overabundance of nerve cells in an area of the brain involved in social and communication skills. Daniel Geschwind, professor of neurology and psychiatry at the University of California, Los Angeles, found that genes involved in cell connectivity tend to be expressed at lower levels in autism brains, and genes related to immune cells at higher levels, than in control brains.

Both of these studies revealed critical new information that will greatly inform our search for better treatments. These discoveries may never have occurred without the generosity of brain tissue donors.

Fortunately, my daughter with autism is alive, happy, energetic (sleepless, in fact) and vivacious. I can’t imagine her any other way. Donating her brain is not something I really want to think about, but as parents of children with autism, we have to. And we have to think about it now, in advance of the period of grief and confusion that follows the loss of a child or other family member.

Brain tissue starts to deteriorate immediately after death, so the donation needs to take place almost immediately. I try to focus on the idea of my daughter living on after her death and having her tissue used to enhance the lives of thousands of children and adults in the future, just like any other organ donor.

She gives so much now in life, and it’s comforting to think that she would continue to do so even after her death. Learn more about autism tissue donation and read the inspiring stories of families who have donated tissue at www.autismtissueprogram.org.