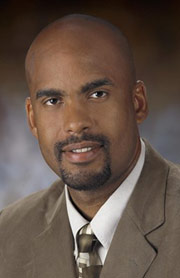 Human brain function is the result of a highly organized network of connections linking unique areas across the brain. A common theory to explain autism is that genetic information interacting with environmental factors leads to atypical communication between these unique brain areas.

Though much research on brain development has focused on identifying the function of specialized areas, we may gain a better understanding of atypical brain function in autism by characterizing it in terms of its underlying network organization. Patterns in how various regions of the brain communicate may be just as important in clarifying brain function as identifying the role of a given brain region.

One method that is beginning to shed some light on various network patterns in the brain is ‘graph theory.’ This theory is about the study of networks, which are represented by nodes of a graph connected by lines or edges.

Graph theory has been used to examine the organization of numerous networks, from the World Wide Web, which contains billions of nodes and edges, to social networks, the power grid, metabolic networks, food webs and neural networks.

Probably the most widely known outcome with regard to the study of graph theory is the small-world phenomenon — the idea that any two people, no matter how far apart, can be linked by at least one, but probably many, short paths. Graph theory attempts to quantify these topologies or patterns and determine how they influence the functioning of the system.

There is significant interest in determining whether network patterns identified via graph theory can help characterize disorders such as autism. Already, the combination of graph theory and noninvasive imaging techniques examining functional and structural connectivity have helped us understand complex brain organization.

This approach has informed a number of disorders, including schizophrenia and attention deficit hyperactivity disorder (ADHD). For example, researchers have shown that small-world topology and global network integrity are atypical in schizophrenia1. In ADHD, these measures have been linked to different subtypes of the disorder2.

Identifying network patterns in children with autism and in typically developing children could prove pivotal for clarifying the mechanisms underlying the disorder. Identifying specific defects in the network might also help clarify the multiple mechanisms that may lead to the disorder in any given child, as has been demonstrated in ADHD.

In short, identifying the topology of brain networks across the lifespan may prove crucial for understanding how complex human brain function arises, and how this developmental trajectory may go awry in autism.

Damien Fair is assistant professor of behavioral neuroscience at Oregon Health and Science University. Read more from the special report on connectivity »