The connectivity theory of autism, which is among the more popular hypotheses to explain the disorder, holds that the brains of people with autism have altered connectivity between different regions.

For this special report, we commissioned a series of expert-written pieces to examine some of the seemingly contradictory ideas surrounding this hypothesis.

Others suggest the problems are limited to specific tracts — between the frontal cortex and more posterior parts of the brain, as Marcel Just and Timothy Keller explain in their Viewpoint. Just, who proposed a version of the connectivity theory in 2004, says the hypothesis is better referred to as the ‘underconnectivity theory.’

Tal Kenet, an instructor in neurology at Harvard Medical School and Massachusetts General Hospital, reported in February that people with autism have weaker local connections than controls do, contrary to the traditional connectivity theory. In her blog, sheemphasizes the need to better define the meaning of local connectivity.

Three studies published last year questioned the basis of many connectivity studies by suggesting that movement during brain scans may alter the results. This could make it appear as if people with autism have connectivity differences when they do not, the studies suggested. In his blog, Mike Tyszka, associate director of the Caltech Brain Imaging Center, discusses new efforts to fix the motion artifact.

Following the discovery of the head motion problem, in the past year two groups have found largely normal connectivity in people with autism. Other studies with similar results may exist but not have been published because it is difficult to publish negative results, Dan Kennedy, assistant professor of psychological and brain sciences at Indiana University in Bloomington, says in his blog.

It’s possible that more sophisticated analysis of the network organization of the brain will reveal new deficits, which Damien Fair, assistant professor of behavioral neuroscience at Oregon Health and Science University, explores in his blog on graph theory.

Scientists employ a number of different techniques for mapping the brain, such as functional magnetic resonance imaging and electroencephalography. Some techniques, such as diffusion tensor imaging, look at anatomical connections, whereas others track functional connections — links between regions that are active at the same time or in response to the same task.

Carlo Pierpaoli, a scientist in the Program on Pediatric Imaging and Tissue Sciencesat the National Institute of Child Health and Human Development, discusses the challenges of using diffusion tensor imaging to study brain anatomy in people with autism.

Our special report includes a look at some of these techniques, and their strengths and weaknesses for mapping connectivity. Autism may result from reduced anatomical connectivity and functional connectivity between the frontal cortex and more posterior areas of the brain, say Marcel Adam Just and Timothy Keller. A number of imaging tools are available to study connectivity in autism, each providing a slightly different picture of the disorder. How do we connect the dots of connectivity?

Growing evidence suggests that abnormal connectivity in the brain underlies autism, but conflicting interpretations persist about where and how the dysfunction occurs. How do we investigate the underlying mechanisms of this theory? A number of studies have found no connectivity differences between people with autism and controls, but few have been published so far, says Dan Kennedy. To better understand how local connectivity is altered in autism, we first need to define what it means, says Tal Kenet. Researchers should be cautious about interpreting the results of studies that rely on diffusion tensor imaging, says Carlo Pierpaoli. ‘Underconnectivity’ is considered one of the best-supported theories for the neural basis of autism. But many questions remain unanswered, says Jon Brock. Connections between neighboring groups of brain cells are weaker in individuals with autism than in controls, according to a report published 14 January in the Proceedings of the National Academy of Sciences. 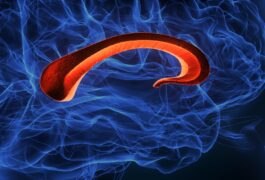