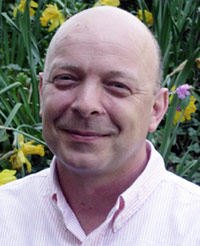 Diffusion magnetic resonance imaging, including diffusion tensor imaging (DTI), allows scientists to infer information about brain tissue that cannot be obtained using other noninvasive methods. However, a study we published 15 December in Biological Psychiatry suggests that we should be cautious in assuming that all the differences we observe with DTI have a biological origin and are an important marker of autism.

Diffusion imaging provides an exquisite depiction of white matter bundles, the long neural wires that connect brain regions, by measuring the diffusion of water in the brain.

Given its unique ability to probe microstructural and architectural features of the brain, DTI has been used extensively in recent years to investigate anatomical differences between the brains of children with autism and those of typically developing children. Dozens of DTI studies have reported differences between these two groups.

In our new study, we focused on the fact that reported differences in DTI metrics between children with autism and controls are generally small in magnitude, often just one or two percent. This makes the findings particularly vulnerable to the effects of artifacts and experimental confounds that may not be evenly distributed between groups.

In our own data, we found evidence that children in the autism group moved less than controls during scanning, which in turn affects the DTI findings. This is also an issue with other types of imaging studies, many of which have found that children with autism move more than controls do.

Beyond vulnerability to artifacts, the small magnitude of the differences affects the analysis in several other ways.

Imaging studies are often small because they are expensive and time-consuming, and they run the risk of being underpowered. What’s more, results may be highly dependent on the specific statistical approach that scientists use to analyze the data.

A brain imaging dataset contains hundreds of thousands of voxels, or three-dimensional pixels, and the probability of finding, by pure chance, a few voxels that differ between two populations is high.

Scientists are aware of this problem and try to address it by performing ‘corrections for multiple comparisons’ in their statistical analyses. The problem is that finding the proper approach to perform this correction is not an easy task.

Two methods that correct for multiple comparisons in slightly different ways may lead to strikingly different biological conclusions for the same set of data. We provide evidence of this occurring in studies using DTI.

Although our findings suggest prudence in making biological inferences based only on observed statistically significant differences in DTI data, we do not mean to imply that DTI and other diffusion MRI techniques have no further role in the investigation of autism.

Diffusion MRI is still one of the most informative noninvasive techniques to investigate brain structure and architecture. As technology improves, we will be able to acquire better quality datasets that will increase our sensitivity to small differences.

We have to acknowledge, however, that the anatomy of the brain of a child with autism, as revealed by DTI, is similar to that of a typically developing child. So when we do see a difference, we need to scrutinize our data to make sure the observed differences are biological in origin.

Carlo Pierpaoli is a scientist in the Program on Pediatric Imaging and Tissue Sciences at the National Institute of Child Health and Human Development. Read more from the special report on connectivity »