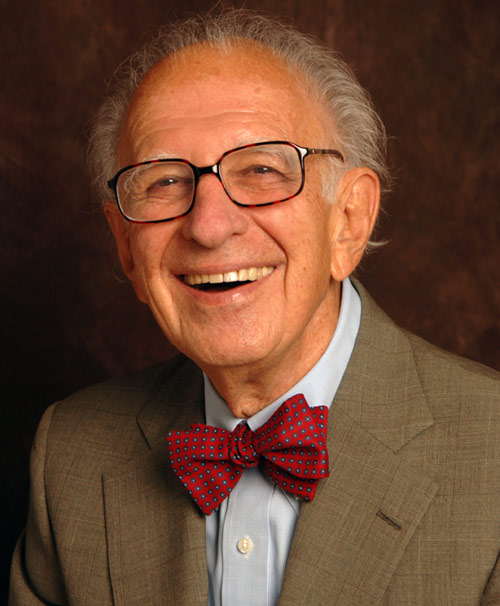 On track: Neuroscientist Eric Kandel is using a reductionist approach to study the underpinnings of autism.

In thinking about the progress of autism research in the past decade, one is struck by the radical way in which molecular genetics and animal models of disease have transformed neurology, but not psychiatry. This leads one to wonder why molecular biology has not had a similar transformative effect on psychiatry.

The answer lies in the difficulty of locating lesions in the sub-regions of the brain and the complex genetics of psychiatric disorders. Neurology has long been based on the knowledge of where in the brain specific diseases are located. The diseases that form the central concern of neurology — strokes, tumors and degenerative diseases of the brain — produce clearly discernible and highly localized structural damage. Studies of those disorders have taught us that, in neurology, location is key.

Tracing the causes of mental disorders is a much more difficult task than locating structural damage in the brain. A century of postmortem studies of the brains of people with mental disorders has failed to reveal the clear, localized lesions seen in neurological illness. Psychiatric illnesses are also disturbances of higher mental function, often of developmental origin.

For example, anxiety and the various forms of depression are disorders of emotion, schizophrenia is a disorder of thought, and autism is a disturbance of social interaction. Emotion and thinking are complex mental processes mediated by complex neural circuitry. Until quite recently, little was known about the neural circuits involved in typical emotion, thought and social interaction.

A number of common neurological illnesses, such as Huntington’s, some forms of ALS and early-onset Alzheimer’s, are inherited in a relatively straightforward way. This implies that a single defective gene causes each of these diseases. Once a mutation is identified, it becomes possible to express the mutant gene in mice and in flies to discover how it gives rise to disease.

Despite major differences, one cannot resist the suggestion that accelerated cooperation and convergence of psychiatry and neurology is needed in the coming decades. The continuing advance of neuroscience, human genetics and imaging technologies could catalyze this process. This cooperation is likely to have its greatest impact for disorders in which neurological and psychiatric dysfunctions overlap, such as autism, and the cognitive disorders associated with schizophrenia, Alzheimer’s and Parkinson’s diseases.

Now, ten years into the 21st century, the increase in overlap between psychiatry and neurology has been the most evident in autism research. Human genetic research has identified single gene mutations as well as copy number variations in a number of specific loci linked to autism.

These single gene mutations are thought to be rare, and a significant proportion of autism causes are likely to be the result of combinations of common genetic variants and their interactions with the environment. Yet, as with early-onset Alzheimer’s and Parkinson’s diseases, detailed studies of these clearly identified mutations are likely to be highly informative about how autism is established and progresses.

This belief arises from our experiences in exploiting a reductionist approach. We have used an elementary and easy-to-manipulate experimental system to directly address fundamental questions about the cellular and molecular mechanisms that underlie learning and memory.

Because autism is characterized by deficits in social and emotional learning, we are investigating the role of autism-linked rare mutations in the acquisition of learning and the persistence of memory. Our approach is to use simple experimental models of synaptic plasticity, a process by which neurons strengthen or weaken connections in response to experience.

We are optimistic that this approach will continue to provide valuable insight into dysfunction in the remodeling, maturation and stabilization of synapses, the junctions between neurons, which represents an important cellular underpinning of autism. It may also enhance our understanding of how different genetic factors interact to cause autism.

For example, we have found that neurexin and its binding partner neuroligin — two synaptic proteins that are mutated in some children with autism — play an important role in the induction and persistence of long-term memory.

But what about localization? Because psychiatric diseases have heterogeneous genetic components, it is inherently more difficult to identify uniform localized lesions in the brains of individuals with those disorders. However, advances in postmortem brain studies and structural and functional magnetic resonance imaging, along with a better classification of the features of autism, have begun to provide important clues to the specific brain regions affected by autism.

These regions include sub-regions of the frontal lobe, which is involved in decision-making, the amygdala, which regulates social and emotional memory, and the cerebellum, which plays a role in motor control. Again, we can learn from our experience. We have studied the role of the striatum and its connections to the prefrontal lobe in the cognitive symptoms of schizophrenia using animal models. Similarly, we have focused our autism research on the neural circuits of the amygdala and the behavioral consequences of its perturbation.

Admittedly, this approach does not address every aspect of each neuropsychiatric disease, but we hope that it can provide deeper insight into a core symptom of autism: the deficit in social cognition.

Our detailed studies of genetic mutations and how they affect synaptic connections in the sub-regions of the brain have not addressed problems such as how genetic defects and anatomical alterations lead to the behavioral phenotypes seen in autism. This will ultimately require the top-down approaches of systems neuroscience and cognitive psychology.

Nevertheless, we remain confident that the bottom-up approach of molecular biology equipped with new knowledge, and the tools of human genetics and imaging technologies, can provide enormous advances in our understanding of neuropsychiatric diseases such as autism. And that it will continue to close the gap between neurology and psychiatry.