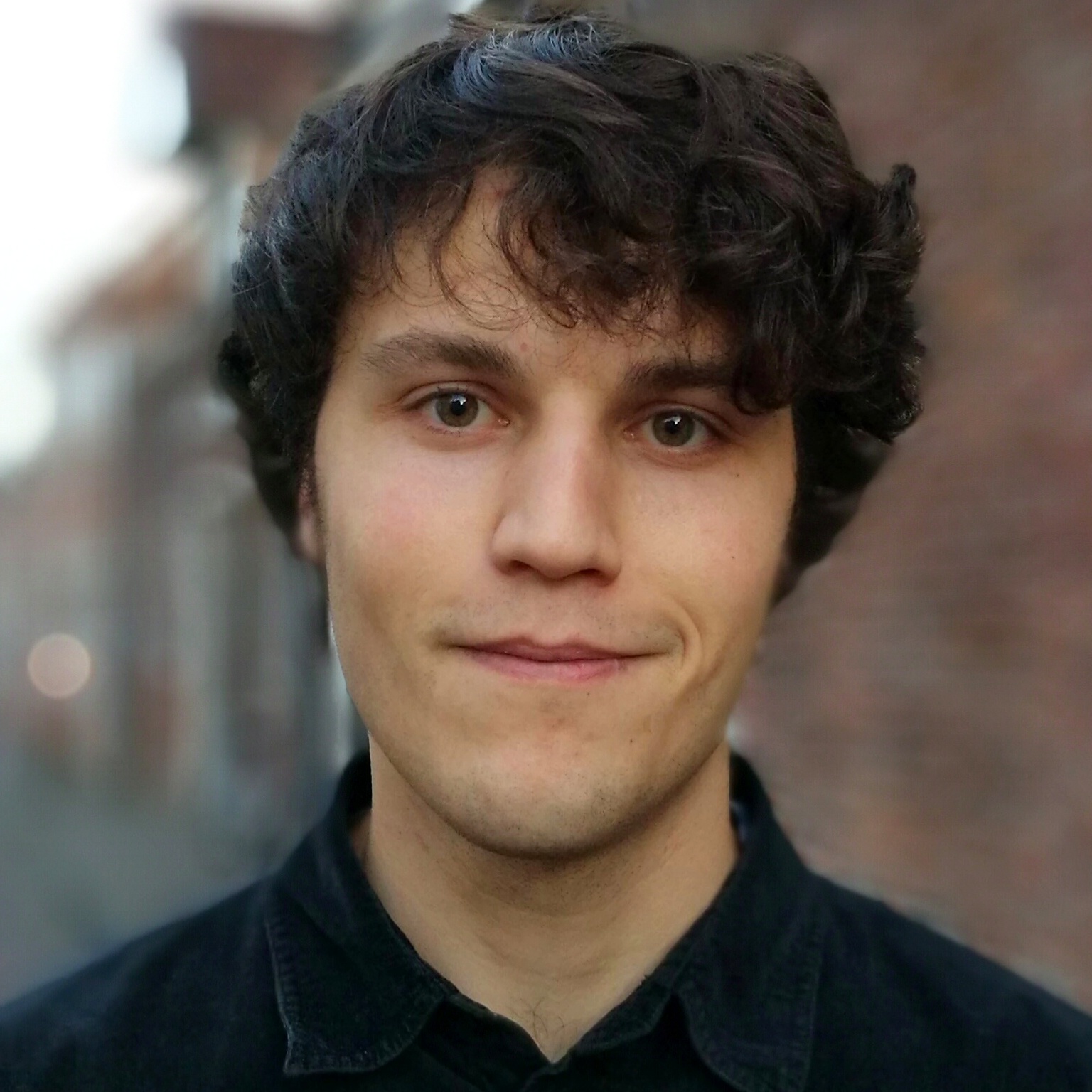 Siem’s behaviors perplexed his parents. The 4-year-old Dutch boy seemed impossible to interact with. He rarely talked, made eye contact or paid attention to other people. He appeared happiest when he was left undisturbed for hours on end. Siem lived by routines: He would kick and scream whenever someone distracted him from his games or he needed to deviate from his usual schedule. He did not like to be hugged and fluttered his arms when he was happy or angry. (Siem is a pseudonym; his full name has been withheld for privacy reasons).

One physician told Siem’s parents that their son might have an intellectual disability — a diagnosis they promptly rejected, insisting that their son was certainly intelligent, but perhaps a little headstrong. “He has a will of his own,” Siem’s father told the doctor, according to a later account.

Until the beginning of the 20th century, Dutch children like Siem were usually sent away from their homes and put into asylums for people with intellectual disabilities and other brain conditions. But in 1936, a new institute opened in Nijmegen, the Netherlands: the Paedological Institute, which was dedicated to caring for children with learning and behavioral difficulties. Siem arrived at the institute in October that year. 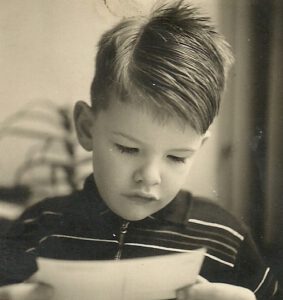 At first, the staff could not make sense of the boy’s behavior. One staff member, a nun named Ida Frye, or Sister Gaudia, was confident Siem did not have intellectual disability. After an evaluation, he even turned out to have an intelligence quotient of 119.

Instead Frye and her colleagues Alfons Chorus and Ton Meyknecht proposed that Siem had some type of congenital syndrome whose core traits included a need for consistency and difficulties with social interactions. The staff debated what to call this new syndrome, eventually settling on a term coined at the beginning of the 20th century by the Swiss psychiatrist Eugen Bleuler: autism.

According to Bleuler, autism was a symptom of schizophrenia, another concept we owe to him. He described autism as the tendency of people with schizophrenia to retreat into a private imaginary world. Many psychiatrists and psychologists adopted the term during the 1910s to the 1930s, using it as a catch-all for any type of withdrawn and introverted behavior in adults.

Remarkably, Bleuler’s concept was applied to children in four different places during the 1920s and 1930s. Austrian child psychiatrist Leo Kanner — who immigrated to the United States and worked at Johns Hopkins University in Baltimore, Maryland — famously used it in his 1943 article, entitled “Autistic disturbances of affective contact.” His perspective on autism — a syndrome characterized by ‘insistence on sameness’ and ‘extreme aloneness’ that had no relationship with schizophrenia — would have a lasting impact.

The Austrian pediatrician Hans Asperger had already used the term informally in the early 1930s, including during a lecture in October 1938. His postdoctoral dissertation, entitled “Die autistischen psychopathen’ im kindesalter,” appeared in 1944, a year after Kanner’s article, but did not receive widespread international attention until British child psychiatrist Lorna Wing wrote about his work in the early 1980s.

The prescient characterization of autism by Russian child psychiatrist Grunya Sukhareva in the 1920s, whose patients bore a striking resemblance to Asperger’s, was similarly not fully appreciated until Sula Wolff translated her work in 1996. Two of Asperger’s Viennese colleagues — psychologist Anni Weiss and her physician husband Georg Frankl — had to wait even longer for recognition: Their accounts of autism were rediscovered only in 2015 by journalist Steve Silberman and historian Stephen Haswell Todd (independently of each other). Weiss and Frankl fled Nazi Germany to the U.S., where they befriended Leo Kanner, who helped them find employment. Their observations, in fact, may have inspired Kanner’s.

Lesser known is the pioneering work of Frye and her colleagues in Nijmegen, whose findings overlapped with those of Kanner, Asperger, Sukhareva, Weiss and Frankl, without them ever being aware of these other clinicians. They came up with their own concepts to describe their patients, for lack of proper alternatives.

Out of all the terms, only one stuck: The institute’s 1938 annual report described a boy named Gerard as an “(Intelligent) autistic person with stereotypical behavior” [(Intelligente) autist met stereotiep gedrag]. The staff members soon realized that a couple of other children shared the same characteristics as Gerard, and they decided to establish ‘autistic people’ [autisten] as its own diagnostic category a year later.

As the years passed, Frye increasingly struggled with the convent’s strict rules. The other nuns found her style of leadership too liberal. Once when a girl confessed she dreaded going to mass, Frye told her she was not obliged to go — a sacrilege, according to the other sisters. Moreover, Frye’s religious obligations left her unable to fully pursue her intellectual aspirations in the Paedological Institute. In 1956, she bade farewell to the institute and the sisterhood.

Frye wrote that Siem quickly improved once he got accustomed to life at the institute. He spent eight years there, connected with the other children and became a staff favorite. Just as his parents had always supposed, Siem was anything but intellectually disabled: He started going to a mainstream school at the end of World War II, when the institute was evacuated, and entered at the top of his class. 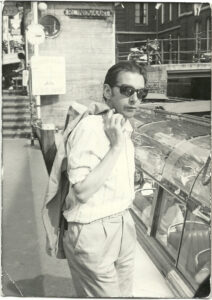 For her dissertation, Frye spoke with Siem again in 1965 to see how he was getting on. She observed “with great satisfaction” that Siem, then 32 years old, had grown into a friendly and stable man who worked as a bookkeeper, much to the delight of his boss. Her former pupil still lived with his parents and had not yet married, which he had hoped for. Nevertheless, he made a generally happy impression: Siem played soccer, sang in a choir, often saw a friend from Nijmegen and regularly drove his moped. He often reminisced about his time at the Paedological Institute and hesitantly admitted he had been scared of Frye, whom he called the “big boss.”

That fear had vanished by 1965. Siem and Frye enjoyed their conversation so much that he asked if they could meet again.

Siem steadily improved in the years after. His family described him as a kind-hearted man with a light stutter who was full of life. To his dismay, though, he remained a bachelor.

Siem was always up for a good time. The boy who was once so timid grew up to be a long-standing member of his local carnival association. He attended every family get-together, birthday and first holy communion celebration and loved to spoil his nieces, often giving them books and letting them pick a gift at local fairs.

Siem’s hopeful life story unfortunately ended on a sad note. His doctor diagnosed him with untreatable cancer in 1977. His employer’s health department nevertheless decided he could keep working, and Siem continued to ride his bicycle to work every day until it became impossible. He died on 18 April 1977 at age 44.

The former nun who guided Siem so competently to reach his full potential continued her own work for many years. In the Netherlands, there was no recognition of Frye’s work until 1990, when the Catholic University of Nijmegen named a stipend for young female Ph.D. candidates after her — somewhat ironic given that Frye was in her 50s when she earned her Ph.D. Frye, who was 81 years old at the time, enjoyed the humor in this. More recognition for her work came when Annemieke van Drenth, a historian at the University of Leiden in the Netherlands, published an English-language article about the Paedological Institute in 2018.

Ida Frye spent her final years in a small town near Nijmegen called Malden. She died there in 2003 and is buried in the cemetery of the Sisters of the Choorstraat.

Niels Springveld studied comparative literature at Utrecht University in the Netherlands and is an editor at de Nederlandse Boekengids/the Dutch Review of Books. He is writing a book on the history of autism. 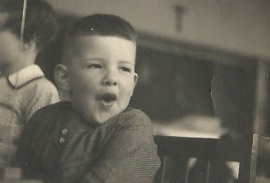 Anni Weiss attempts to immigrate to the United States from Cherbourg, France, but her departure is delayed because of issues with her visa. 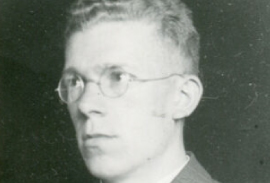 Hans Asperger uses the term ‘autistic’ in a letter to his colleagues.

Anni Weiss publishes “Qualitative intelligence testing as a means of diagnosis in the examination of psychopathic children,” a case study about the autistic boy Gottfried K.

Anni Weiss immigrates to the U.S. from Genoa, Italy. 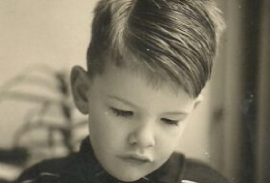 Siem arrives at the Paedological Institute.

Georg Frankl immigrates to the U.S.

The annual report of the Paedological Institute describes a boy named Gerard as an “(Intelligent) autistic person with stereotypical behavior.”

In a letter to a colleague, Leo Kanner refers to Georg Frankl’s “original piece of work” about “the affective contact of children” (a first version of the essay “Language and affective contact”).

The Paedological Institute reconsiders its classifications and establishes ‘autistic people’ (autisten) as its own diagnostic category.

Georg Frankl diagnoses an 8-year-old girl as “‘autistic’ (no contact with reality).”

Alfons Chorus discusses Siem and Gerard during a radio lecture.

Alfons Chorus publishes an article about the Paedological Institute classification.

Leo Kanner writes to Mary Triplett that he has diagnosed Donald Triplett with “autistic disturbances of affective contact.” 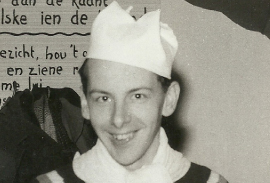 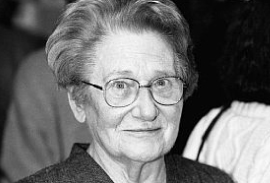