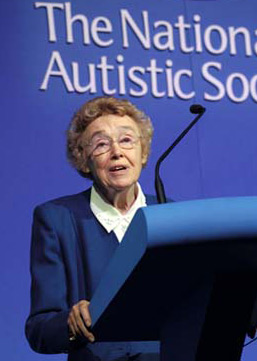 Lorna Wing, who died in June, was the modest, kind and thoughtful mother of a daughter with severe autism. She was also a towering figure in the history of autism research, and her contributions to our understanding of autism cannot be overestimated.

It was Wing who, with her lifelong collaborator and friend Judith Gould, established in the 1970s the ‘triad of impairments’ that came to define autism. Her epidemiological work at the Medical Research Council Social Psychiatry Unit at the Institute of Psychiatry in London demonstrated the clustering of social and communication impairments with lack of pretend play (replaced by repetitive behavior and interests) that marked autism as a syndrome.

“The ‘triad of impairments’ formulation was both a clinical and theoretical breakthrough,” says Eric Fombonne, director of the Autism Research Center at Oregon Health and Science University. “The ‘triad’ brought clarity and coherence to otherwise very heterogeneous and seemingly unrelated clinical phenomena, it paved the way for the recognition of high-functioning forms of autism, and it had a lasting impact on nosographies, and diagnostic and assessment methods.”

The observation about the lack of pretend play, in particular, was remarkable.

“It is still amazing to me that Lorna spotted that autistic children lack pretend play, a seemingly small thing with big consequences,” says Uta Frith, emeritus professor of cognitive development at University College London. “This observation was crucial in understanding how the social impairments of autism result from a neurocognitive deficit in ‘theory of mind,’ or ‘mentalizing’.”

Wing also introduced the concept of an autism ‘spectrum.’ She was among the first to realize that autism could be considered dimensionally, and that it affected people of all ages and abilities. One of her favorite sayings was that ‘Nature never draws a line without smudging it.’ Autism spectrum disorder is now the standard term worldwide and the heterogeneity of presentations is widely acknowledged: All of this has its origins in Wing’s insights and research studies.

Along with Gould, Wing conducted one of the first epidemiological studies of autism, reporting —even in 1979 — a prevalence rate of 1 or 2 per 1,000 people, suggesting autism was quite common. This challenged the established view that autism was rare, only occurring in 4 per 10,000 people. Her findings have been proven correct in the subsequent 30 years of prevalence studies.

In her 1981 paper, Wing introduced the English-speaking medical world to the work of Hans Asperger, the Vienna-based pediatrician who had described a form of high-functioning autism as early as the 1930s, before Leo Kanner’s 1943 article. Wing’s influential article proposed the term Asperger syndrome, resulting in this new clinical diagnosis being included in the American Psychiatric Association’s fourth edition of the Diagnostic and Statistical Manual of Mental Disorders in 1994. 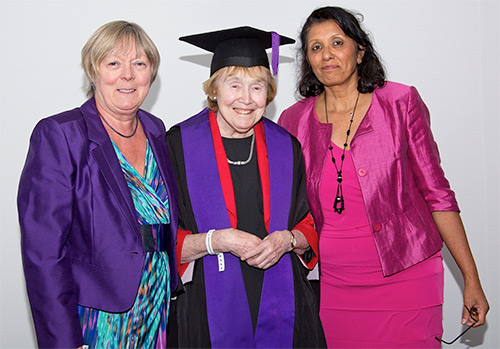 Meaningful life: Along with her collaborators Judith Gould and Amitta Shah, Lorna Wing (center) defined many key concepts in autism.

Wing’s research was always informed by her insights as a parent. Her daughter Susie had severe autism and, sadly, died in 2005. Wing will be remembered not only for her research, but also for her huge contribution to autism services. The founding parents of the National Autistic Society in the U.K. invited her to be a scientific and clinical advisor in 1962, shaping this parent-led charity that opened the first schools for autism in the country.

This was the first autism parent group in the world, particularly vital at a time when parents were being wrongly accused of causing their children’s autism. Until recently, Wing was still actively involved in diagnostic services at the assessment center now fittingly named the Lorna Wing Centre for Autism.

Wing’s wisdom, warmth and intellectual generosity touched so many lives, and the autism research community owes her a huge debt. “Lorna was one of those rare individuals without a false note in her,” says Christopher Gillberg, professor of child and adolescent psychiatry at the University of Gothenburg in Sweden. “She was one of the gentlest people, always generous with her time if she believed she could be of help; humble, but never meek. At the same time, she had a fierce intellect, and would not suffer pomposity.”

Wing was the recipient of the 2005 INSAR Lifetime Achievement Award, as well as many other honors, including the Order of the British Empire. Patricia Howlin, professor of clinical child psychology at the Institute of Psychiatry and a longtime colleague of Wing’s, says, “Her life was a gift for people with autism across the world.”

Reflections of the authors: 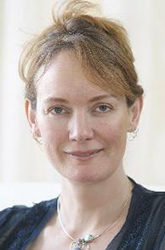 Francesca Happé: I was privileged to meet Lorna when I was a new Ph.D. student and my wonderful supervisor (and later colleague and friend), Uta Frith, sent me to talk to Lorna. Uta knew I would learn so much from the simplest conversation with Lorna.

It was Lorna whose anecdotes convinced me that Uta’s notion of ‘weak central coherence’ and eye for detail was key to understanding autism. I have always trusted Lorna’s hunches and valued her thoughts about what deserves further research. As a consequence of conversations with her and Judy, we started a research program on ‘pathological demand avoidance,’ and I look forward to seeing where Lorna’s work into catatonia in autism (with Amitta Shah) will lead.

Over the years, I, like many others, have realized that Lorna often prefigured, in her work and words, insights that we thought we had discovered much later. For example, while wrangling with the notion of the ‘fractionated’ triad, I found a paper Lorna and her husband John Wing had written in 1971 entitled ‘Multiple impairments in early childhood autism.’

Lorna was intellectually generous to a fault; she never cared if she was credited with these many insights, and only cared that the field move forward to benefit people with autism and their families. She will continue to be an inspiration and a touchstone to so many of us; we are indeed fortunate to have known her. 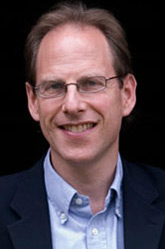 Simon Baron-Cohen: I too met Lorna as a Ph.D. student, in 1983, when I was trying to figure out who would be the best control group for the Sally-Ann False Belief (theory of mind) experiment. I remember asking Lorna what she thought about including children with Down syndrome, and whether this group was appropriate given that the clinical anecdotes about Down syndrome were that these children were exceptionally sociable despite their learning difficulties.

Lorna rapidly corrected me, pointing out that this was a stereotype about Down syndrome, and there were considerable individual differences in sociability even among people with Down syndrome. She said she had even met children with both Down syndrome and autism. She gave advice based on her extensive clinical experience, talking with an authority that arises from meeting and knowing many hundreds of patients. Her confident advice was always delivered with an endearing giggle and smile, kindly and friendly and encouraging to younger scientists.

I remember listening to her lecture at the autism conference at the University of Kent in Canterbury in 1988. She introduced the concept of the ‘autistic spectrum,’ which became the title of her book, and which was intended as a challenge to the established view that autism was categorical: either you have it or you don’t. Lorna gently led the audience, and later the reader, into the notion that there are degrees of autism, and that there was a gray area at the borders of this fuzzy category. Over the decades, this prescient insight has been amply proven to be correct.

Over the 30 years since we first met, our paths often crossed at national meetings. Her infectious giggles never diminished, nor did her encouragement of and interest in others’ research. I found that wherever I went internationally to deliver lectures, Lorna had been before me, leaving her mark on local autism societies in both developed and developing countries, giving parent societies support and advice.

Lorna was a tireless ambassador for autism awareness globally. And all this was done without seeking personal recognition. Her contributions were cumulative, quietly and invisibly weaving the autism communities together across the planet. The field has lost the grandmother of autism. Communities far and wide will remember her with great fondness and gratitude, and she will be greatly missed.

Francesca Happé is professor of cognitive neuroscience at the Institute of Psychiatry, King’s College London, and president of the International Society for Autism Research. Simon Baron-Cohen is professor of developmental psychopathology at the University of Cambridge in the U.K.