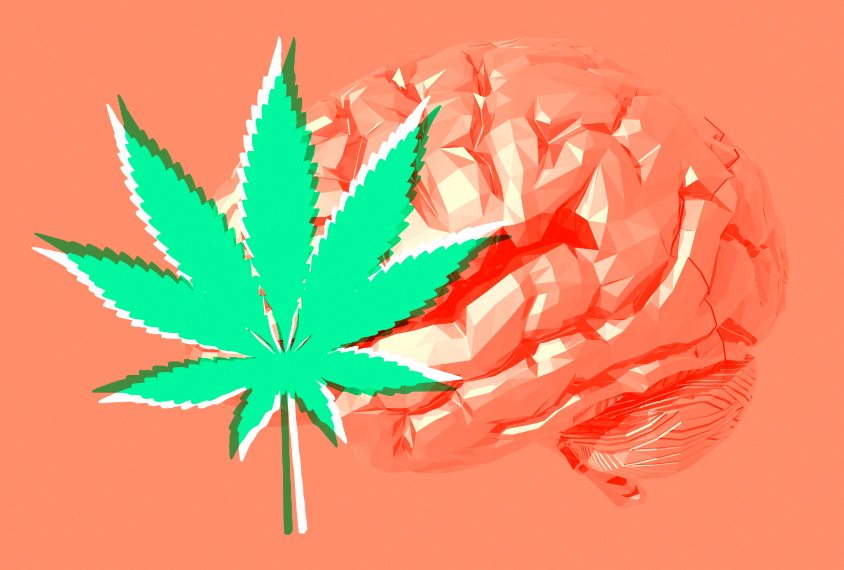 Speaking about a recent federal advisory on marijuana, Jerome Adams, U.S. surgeon general, put a new spin on long-standing admonitions about the drug.

“Marijuana has a unique impact on the developing brain. It can prime your brain for addiction to other substances,” Adams said at a Washington, D.C., substance misuse conference held late in August and sponsored by Oxford House, a recovery center network.

This is a reiteration of the old ‘gateway’ argument: the idea that marijuana is frequently an entree to using other, harder drugs. And the surgeon general’s emphasis comes just as many states are loosening restrictions around its medicinal and adult recreational use.

But marijuana research is limited, and this particular hypothesis is fairly controversial. We decided to put Adams’ claim to the test. Is his central thesis⁠ — marijuana has a “unique impact” on developing brains and can “prime your brain for addiction” — accurate?

We contacted the surgeon general’s office, which directed us to statements from the National Institute on Drug Abuse (NIDA). NIDA noted that marijuana may have a gateway effect but that most people who use the drug don’t progress to other, harder substances; and that alcohol and nicotine appear to have a similar impact. But the surgeon general’s office was also unequivocal on a related point: “From a public-health perspective, no amount of drug use is safe for the developing brain.”

So how fair is Adams’ statement? When we interviewed experts, the responses were all over the map — reflecting just how contested this issue is and how difficult it is to speak definitively about marijuana’s impact.

The idea that marijuana can “prime your brain for addiction” has some basis: namely, the results of some studies conducted in rodents.

There are findings to suggest that early exposure to the drug may “sensitize animals to the effects of other drugs,” says Joshua Isen, assistant professor of psychology at the University of South Alabama, who researches adolescent marijuana use.

For instance, Adams’ office notes that preclinical studies indicate that exposure to THC — marijuana’s main psychoactive compound — during a period roughly equivalent to adolescence in rats results in greater self-administration of heroin when the animals reach adulthood.

In addition, THC exposure yields changes in their brains’ reward system — in other words, yes, priming the brain for the rewarding effects of opioids.

But, Isen says, it’s scientifically problematic to draw a line from the effects seen in rodents to what might happen to a person. Ethical considerations about human research make it more or less impossible to do a randomized controlled trial ⁠– the gold standard of scientific research — that would measure how marijuana does or doesn’t affect a developing brain.

“We should remain agnostic about the surgeon general’s claim,” Isen says.

Other experts suggest otherwise, saying that because animal research is the best we can get, it’s worth taking seriously — and it is fairly conclusive.

Jonathan Caulkins, professor of operations research and public policy at Carnegie Mellon University in Pittsburgh, Pennsylvania, takes a more optimistic view of that research, arguing that the animal evidence is “very clear” when it comes to marijuana’s neurological impact. He calls it a fair basis for the surgeon general’s warning.

“What we know is strong enough to say that exposure during adolescence when the brain is developing is a risk,” says Susan Weiss, scientific adviser to the NIDA director.

But how meaningful a risk — and how it compares with other drugs — is exceptionally tough to say, given the limitations on research. Studies on people are limited because those who use marijuana at a young age may be exposed to other risk factors, such as peer influencers using harder drugs, or sociodemographic factors that might predispose them to abuse or addiction.

As Sue Sisley, an Arizona-based psychiatrist who tracks the state of marijuana research, puts it: “I don’t see very much good, rigorous data to confirm either way.”

In the narrowest sense, marijuana indeed has a “unique” effect on the brain. It elicits a response from what are called ‘endocannabinoid receptors.’ Other drugs don’t — they interact with different brain receptors. So, certainly, marijuana affects development using a different (or “unique”) neurological mechanism from the ones used by, say, nicotine or alcohol.

And, as best as science can tell us, marijuana harms developing brains, both Weiss and Sisley say. From a commonsense public-health perspective, young people in particular should be exceptionally cautious when using the drug.

But — and this is important context — marijuana is not the only substance that has this potential ‘priming’ for subsequent addiction. The surgeon general’s office acknowledged this finding when we asked follow-up questions. That same context, though, is missing from Adams’ public statement.

“It seems that early exposure to many substances can make it likely someone will be addicted to other substances,” Weiss says. She acknowledges that rodent studies do also suggest nicotine may have a priming effect, albeit via a different neurological route.

On a practical level, Isen says, although one could highlight the distinct scientific effect marijuana has, “there is no evidence that marijuana has a uniquely deleterious effect on the developing brain — certainly not more than other substances such as alcohol.”

Speaking about the risks associated with marijuana, the surgeon general said it “has a unique impact on the developing brain” and “can prime your brain for addiction to other substances.”

The implications are tricky, and it’s important to note the significant limitations on marijuana research, as well as how it compares with other drugs. It may have its own, unique mechanism of ‘priming’ adult addiction.

Still, other substances have similar effects — even if they take a different brain path to get there. And as this idea about marijuana’s priming effect is central to Adams’ broader public-health campaign, emphasizing that nicotine and alcohol also could function in this manner matters even more.

This statement is partially accurate, but it leaves out important details and context. We rate it half true.