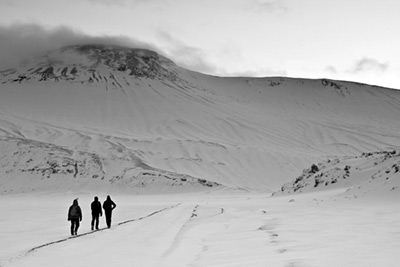 The rate of diagnosis of autism in Iceland has grown more than sevenfold since researchers first measured it in 1977, and it has quadrupled since 2001. At 1.2 percent, the country’s current prevalence is on par with that of other countries, according to a study published 20 June in BMJ Open.

Autism prevalence varies worldwide from 0.8 percent in Norway to 1.1 percent in the U.S., 1.8 percent in Japan and 2.6 percent in South Korea. That places Iceland’s figure near the low end of the scale.

In Iceland and elsewhere, any of several factors could account for the steep rise in prevalence over the past decade. Both increased awareness and better access to medical services could explain the rise, as could a real spike in the incidence of the disorder.

In the new study, the researchers looked at the medical records of 22,229 children born in Iceland from 1994 to 1998. In all, 267 of the children had been diagnosed with autism.

Rates of diagnosis doubled from 2005 to 2009, the researchers report. Neither immigration from other countries nor migration within Iceland explains the increase, they say. More children are diagnosed with autism as they grow older, which may account for some of the increase.

About 45 percent of the children with autism are intellectually disabled, scoring 70 points or less on the IQ test. Twice as many boys are cognitively impaired as girls. These numbers are in line with the results from a review of 43 prevalence studies that found cognitive impairment in 30 to 70 percent of people with autism.

Of the 267 children with the disorder, 46 have additional medical diagnoses, including Prader-Willi syndrome, a condition that leads to poor muscle tone, low IQ and chronic hunger; and cerebral palsy, a movement disorder. Another 19 children have epilepsy, and 14 of those are intellectually disabled.

Interestingly, none of the 78 children the researchers tested for fragile X syndrome turned out to have the disorder, even though studies predict that in general between 2 and 8 percent of people with autism have the syndrome.