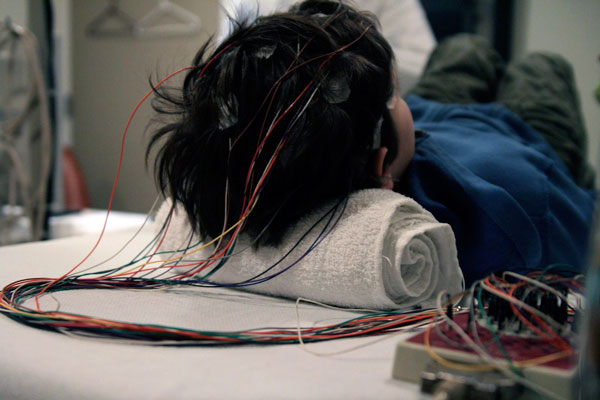 In an early clinical trial in 2012, the blood pressure drug bumetanide appeared to ease autism symptoms. Some researchers were skeptical, however. How could a diuretic influence such a complex brain disorder?

Since then, studies in mice and rats have shown that the drug may calm overly excitable brains. A study published 10 March in Neurobiology of Disease, adds new evidence to the mix. It suggests that bumetanide can temper the traumatic effects of early-life seizures, which may raise the risk of autism.

The researchers chemically induced seven seizures per day in rats aged 5 to 14 days — the equivalent of a child’s first year. About 18 days after the seizures stopped, the rats showed little interest in one another — a behavior reminiscent of the social deficits seen in autism. They also showed unusual patterns of brain activity suggestive of abnormally strong neural connections.

Rats treated with bumetanide at the beginning and end of each day suffered a similar number of seizures as their untreated littermates. But they behaved normally and showed normal patterns of brain connectivity, indicating that bumetanide might mitigate the neurological fallout of frequent seizures.

Exactly how the drug operates in the brain is unclear. The researchers speculate that it regulates the effects of gamma-aminobutyric acid, or GABA, a chemical messenger that mediates inhibitory brain signals. GABA is excitatory through early infancy, however, serving to boost brain activity.

Some researchers suspect this excitatory effect persists in children with autism. Treating with bumetanide is thought to nudge GABA into its normal inhibitory role, dampening the effect of seizures.

The new study also supports the intriguing theory that seizures may worsen — or even cause — autism symptoms. Roughly 30 percent of people with autism experience seizures, and still more have brain readings indicative of sub-threshold seizure activity.

Early-life seizures may intensify symptoms in autism-related ailments, too. In rats, they may permanently excite a molecular pathway that underlies fragile X syndrome, according to unpublished results presented by Timothy Benke last month at the Keystone Symposia: Pathways of Neurodevelopmental Disorders meeting in Tahoe City, California.

Seizures often plague individuals with Phelan-McDermid syndrome — a genetic disorder related to autism. Last November, I met a teenager named Charles with this syndrome who struggles with uncontrolled seizures, sometimes hundreds of them in a single day. At a satellite symposium of the 2014 Society for Neuroscience annual meeting in Washington, D.C., Charles’ mother, Geraldine Bliss, described how these unrelenting seizures are steadily stealing her son’s abilities, such as his capacity to communicate.

If bumetanide works in people, it might one day help children with Phelan-McDermid syndrome. And if the link between seizures and social deficits pans out, the drug might even be an early treatment for autism.