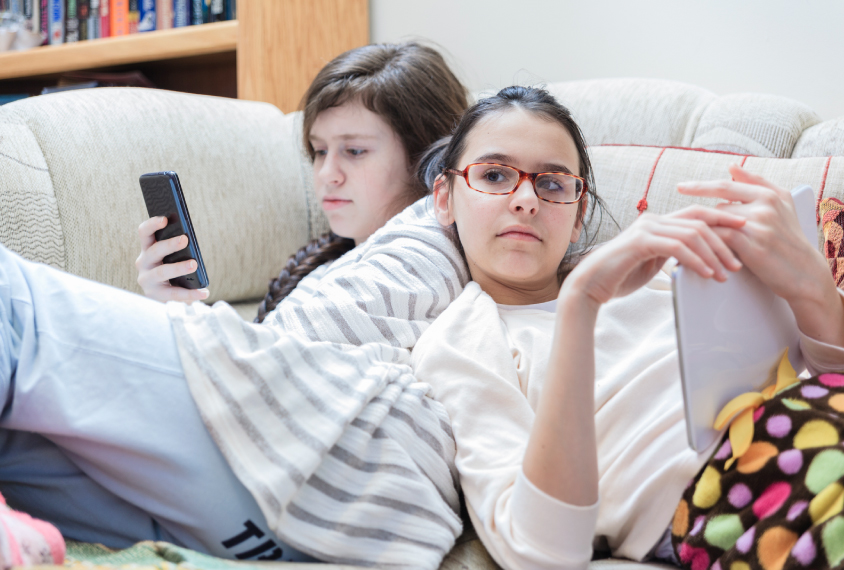 Social challenges: Many girls with Turner syndrome also have autism traits, which may explain why they sometimes struggle to make friends.

Nearly two-thirds of people with Turner syndrome have autism traits, and almost one-quarter meet the diagnostic criteria for autism, a new study suggests.

Turner syndrome, which affects about 4 in every 10,000 people designated female at birth, usually results from a missing or mosaic X chromosome. The condition is associated with distinctive changes throughout the body, but its most well-known traits include short stature and ovarian insufficiency. Many people with the syndrome also have neurocognitive differences.

“The social differences have always been recognized,” says lead investigator Jeanne Wolstencroft, a research fellow at University College London in the United Kingdom. But for decades, many researchers attributed these differences to the fact that girls with Turner syndrome are shorter than everyone else, more likely to be hard of hearing or might be infertile — a narrative that Wolstencroft calls “bizarre.”

The girls with Turner syndrome Wolstencroft has met don’t have trouble making friends because they’re short, she says, but rather because they don’t understand social rules that everyone else has “been hardwired to understand.”

People with Turner syndrome usually want to make friends but struggle to maintain those relationships, particularly as they get older and social rules become more complex, says study investigator David Skuse, professor of behavioral and brain sciences at University College London. These social characteristics, he says, are “uncannily similar” to those found in many autistic women and girls.

Wolstencroft and her colleagues primarily relied on online parent interviews and surveys to assess 127 girls with Turner syndrome, aged 5 to 19, for autism traits.

About 61 percent of the participants had autism traits that affected their day-to-day social functioning, and 23 percent met the diagnostic criteria for autism. Those with the most significant autism traits were also more likely to meet criteria for attention-deficit/hyperactivity disorder and anxiety, conditions that frequently co-occur with autism. The findings were published in December in Women’s Health.

“I think the results are sound,” says Claus Højbjerg Gravholt, professor of endocrinology at Aarhus University in Denmark, who was not involved in the research, and they align with his observations as a clinician. Still, he says, incorporating face-to-face assessments could have made the study even more accurate.

Screening instruments such as those the team used sometimes identify people as autistic who would not qualify for a clinical diagnosis, agrees David Soonil Hong, assistant professor of psychiatry and behavioral sciences at Stanford University in California, who was not involved with the study. But that doesn’t mean the tools aren’t useful, he says, especially given how difficult it can be to access comprehensive testing.

About 2 percent of people with Turner syndrome in Sweden have a clinical diagnosis of autism, according to a large study of patient registries dating back to 1969 — a proportion that may appear to be consistent with current U.S. prevalence estimates but is in fact more than four times that found in the study’s controls.

Skuse says he is unsurprised by the discrepancy between this lower fraction and the 23 percent found in the new study, which estimated the prevalence of autism traits rather than the clinical condition. Most people with Turner syndrome identify as female, and women and girls have long struggled to access autism diagnoses.

Growing evidence suggests that the X chromosome plays an outsized role in brain development, and people with Turner syndrome — often lacking a “backup” set of X chromosome genes — may be particularly sensitive to X-linked mutations and variants. That makes Turner genetics a potential target of study for scientists interested in sex differences in autism, Gravholt says.