Skew in neuron numbers may explain sensory sensitivity in autism 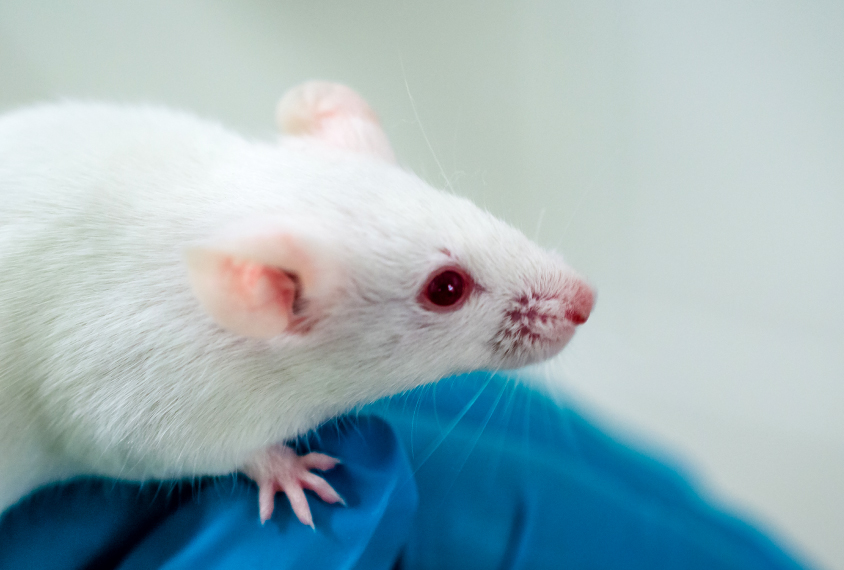 Loss of certain neurons on one side of the brain may explain why some autistic people are hypersensitive to touch, based on data from two mouse models of autism.

The subset of neurons typically keeps brain signaling in check and produces a protein called parvalbumin. The loss tends to occur on the animal’s ‘dominant’ side — the left side for mice that tend to grab food with their right paw, and vice versa.

The greater the skew in parvalbumin neurons across the two sides of the brain, the more reactive the mice are to soft pokes to their dominant paw.

The researchers say they were surprised by this result.

“To be honest, when we saw this we thought it was an artifact,” says Tara Deemyad, a postdoctoral fellow in Nathan Urban’s lab at the University of Pittsburgh in Pennsylvania, who presented the findings. “But we saw that this is always the case.”

Studies have suggested that autistic people and mouse models of the condition have less parvalbumin than usual — either because they have fewer neurons of this type or because the neurons produce low levels of the protein. Either way, the shortfall is thought to result in too little inhibition in the brain. And this may lead to unusually strong responses to sensory stimuli.

Deemyad and her colleagues explored whether parvalbumin loss occurs equally on both sides of the brain. They focused on the mice’s somatosensory cortex, which processes sensory information. They analyzed adult mice missing both copies of either SHANK3 or CNTNAP2, two genes linked to autism.

They determined each mouse’s dominant hemisphere by observing which paw the mice tend to use to grab food from a hole in a cage.

Both sets of mutant mice tend to have less parvalbumin and fewer parvalbumin neurons in the dominant side of their brain, the team found. Neither shows a loss in markers for other types of inhibitory neurons, however.

The findings suggest that a loss of this subset of neurons in the dominant brain hemisphere contributes to the hyperreactivity to touch seen in some autistic people, Deemyad says.

She and her colleagues are exploring whether the loss also occurs in other brain areas. They are also analyzing the brains of younger mice to determine when and how the asymmetry arises.