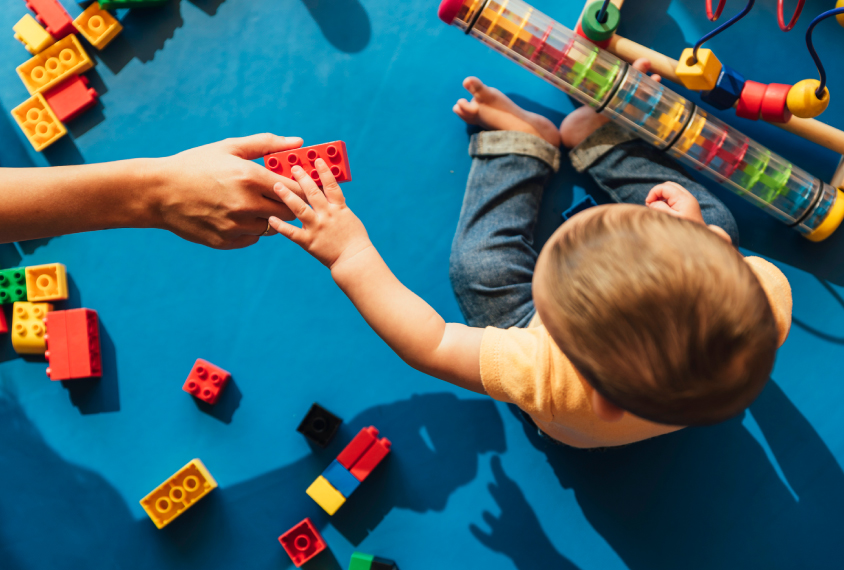 Holding pattern: Younger siblings of children with autism may have trouble reaching for and grasping toys.

Motor problems in autistic infants parallel those in infants with other developmental conditions, according to research based on hundreds of children1.

The findings dash the hopes of scientists hoping to find signature delays associated with autism that would help them diagnose the condition early.

Motor problems are not a core trait of autism, but children with the condition often have delays in acquiring skills such as manipulating toys or hopping on one foot. However, a commonly used assessment of cognitive and motor abilities, the Mullen Scales of Early Learning, could not identify problems specific to autism.

“There was absolutely nowhere that we found anything that was unique to the [autism] group,” says lead researcher Jana Iverson, professor of psychology at the University of Pittsburgh in Pennsylvania. This was disappointing, she says. “We thought: If anyone is going to have the opportunity to find this difference, we will, because we have such a large sample.”

The study analyzed motor skills in the younger siblings of children with autism, known as ‘baby sibs,’ who are at heightened risk for the condition. Delayed motor skills may be a red flag for autism in baby sibs as young as 6 months old, the researchers say. But many of the Mullen’s yes-no questions could not account for subtle differences in motor abilities.

“The fact that it does not do a great job of distinguishing the groups is not surprising,” says Anjana Bhat, associate professor of physical therapy at the University of Delaware in Newark, who was not involved in the study.

The researchers enrolled 625 infants from eight sites within the Baby Siblings Research Consortium, a network of research teams in the United States, Canada, United Kingdom and Israel. The participants include 188 controls and 437 baby sibs.

Clinicians assessed the children’s motor and language skills at 6 months of age. They evaluated them for autism at 36 months of age using the Autism Diagnostic Observation Schedule (ADOS).

Among the high-risk group, 69 have autism, 51 received high ADOS scores that are below the cutoff for autism, and 317 are developing typically. The children who have high ADOS scores but not autism may have other developmental conditions, the researchers say.

Overall, the high-risk group shows no differences from controls in their gross-motor abilities, such as moving their arms and legs. Autistic children and those with high ADOS scores but not autism have weaker fine-motor skills — for example, reaching for and grasping a block — than controls do.

But even here, children with autism and those with other developmental problems show no differences. The findings were published in January in the Journal of Abnormal Psychology.

Combining fine- and gross-motor scores — or pairing these with a test of other autism-related traits, such as sensory sensitivities — may better distinguish autistic infants from those with other developmental issues, Bhat says.

Autistic infants do show some differences from high-risk typical infants in specific motor skills. For instance, autistic infants are less likely to be able to hold their head steady. Still, no single question distinguishes autistic infants from those with high ADOS scores.

The findings offer some clues to specific behaviors that warrant further research, some say.

“[It] provides a road map for more detailed analysis of motor behavior in infants and young children at risk for autism,” says Stewart Mostofsky, director of the Center for Neurodevelopmental and Imaging Research at the Kennedy Krieger Institute in Baltimore, Maryland. Mostofsky was not involved in the research.

Iverson and her colleagues intend to do some of that analysis. For instance, the team is investigating the relationship between language development and motor skills by video recording infants in their homes.